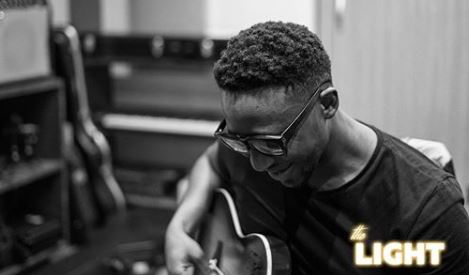 Bez Idakula has always been charming. At the turn of the decade, the guitar-strumming singer rode the entrancing novelty of his patented Alternative-Soul sound to mainstream attention. That first arch of his career was earmarked by his 2011 debut album, ‘Super Sun’, one of the better debuts of this decade, helped along by the success of singles like “Zuciya Daya”, “That Stupid Song” and the title track. Five years later, he’d put out ‘Gbagyi Child’, a finely-crafted, under-promoted comingle of Pop-rock and folksy Afropop, that went everywhere at once.

With far less mainstream prominence these days, but still enough cache to make fans and casual observers genuinely interested in new music, Bez’s recently released third studio album, ‘The Light’, is a return to form. It is also a musical recalibration as he enters the veteran stage of his career. Prior to its release, the singer took to social media to explain the inspiration behind the album, touching on the profound effect of a two-month trip last year, as well as the importance of a bible verse (Phil. 2:4) to the creative process.

While the music that is inspired by religious texts and beliefs is predictably insular, the socially preoccupied candour of ‘The Light’ carries the widely appealing aura of a warm dap or hug, regardless of creed. Across its eleven tracks, there’s no overt reference to Christian theology, but the album harps on a soulfully stirring the core of his ideals.

On ‘The Light’, Bez is mostly bothered with dispensing hope, as a relatable mechanism to evoke the potential for a brighter future. “Cheers to better days, no retreat no surrender”, he spiritedly sings on opener “Better Days”, setting the album’s consummately positive motif. The next track, “High”, establishes a personal connection, with Bez singing of challenging personal details from his past, including his dad passing away at an early age, and financially slogging his way through school for his degree.

Released in late 2017, “High” is the only pre-released song, and even though the swinging production recalls the rock-inclined era of Bez’s previous album, its inclusion helps usher the album away from being thinly written or overbearingly innocuous. Similarly drawing on the past for substance, “Beauty”, featuring the Cavemen, teeters on the more glamorous aspect of nostalgia to pass its message of positivity, regardless of current trials, as Bez sings “Beauty is coming our way” on the hook, over the bubbly combination of highlife guitars, and crackling live drums.

Though still showcasing premium musicianship, the music on ‘The Light’ contains some of the grooviest material Bez has turned out till date, reliant on an assortment of guitar harmonies and sway-inducing drum patterns.  The bucolic charm of his Northern Nigeria upbringing is evident on motivational cut, “Gona”, featuring a short but fiery rap verse from DAP The Contract; Bez’s mirror of the Nigerian society’s propensity to ignore lawlessness and grave issues on “Look Away”, musically harks back to his Alternative Soul days, albeit with a punchy twist; while potential radio rotation single, “Shine” is a feel-good jam backed by a highlife-inspired Jollof groove.

Partnering the catchy mood pieces, Bez is at his loosest, writing-wise, without losing the poetic charm of his previous work. On “Go Go Go”, he playfully attempts to woo a love interest, while indulging in Afropop’s cliché of materialistic promises. While the sporadic love songs on ‘The Light’ don’t carry the same gravitas as his more reflective songs, their allure is rooted in Bez’s gentlemanly persona. “Far Away” is replete with devotional lyrics about missing a physically distant lover, and on penultimate track “Dey For You”, the motive is a reassurance of his everlasting affectionate feelings for his better half.

‘The Light’ ends with its wordless title track, featuring intricately plucked guitar harmonies by Nsikak, dually serving as a buoyant ending to an upbeat project, and a palette cleanser that personifies the feeling of an optimistic epiphany.