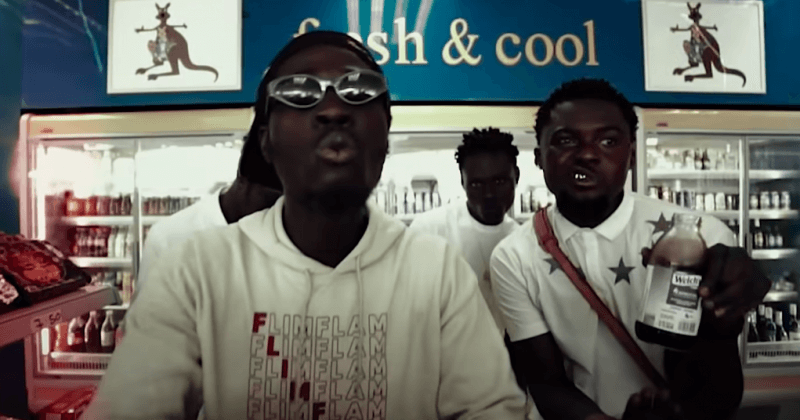 Evolving from trap music about a decade ago, originating from the South Side of Chicago, drill music has grown to be one of the most popular corners of rap music in our year 2020. Originally helmed by Chief Keef, Lil Durk, Fredo Santana, amongst other Chicago rappers, these days, drill’s top figures are hail from a range of cities around the world; the genre has taken on different inflections as it has spread globally and rooted itself in a number of music spheres. these days, Pop Smoke, Headie One, Fivio Foreign, Loski are all popular names at the forefront of the drill scenes from New York to the UK.

UK drill first emerged around 2012, from Brixton, South London, inspired by the realistic nihilistic tendencies of Chicago drill, that detailed the violence of the street life that its rappers lived. Whilst drill content has remained gritty and apoetic in its spread to the UK, it was only when drill settled in London’s boroughs that the genre earned its distinctive production style. Though similar to trap, Chicago drill worked with a slower tempo than its predecessor, but according to Chicago native journalist, David Drake the new style wasn’t defined by a particular production standard, but rather a mentality, a lifestyle indigenous to the Chicago youth. Nowadays though, drill is mostly affiliated with sliding bass 808s, moody melodies, and a quicker pace to its Chicago counterpart, kept up by its rhythmic snares. These tendencies owe thanks to the grime and UK garage influences, which weaved their way into drill as it landed on British soil.

Spreading to New York (Pop Smoke), Australia (OneFour), the Netherlands (73 De Pijp), and further, thanks to international collaborations with UK drill producers, drill music has now been adopted into various musical enclaves, including here on the African continent. Rappers, from youngin, Jaiye (Nigeria) to the famous Cassper Nyovest (South Africa), have dabbled in drill music; even IDPizzle’s “Billie Jin”, a song which sat at the heart of our summer in lockdown, is a drill record, inspired of course by the late great Pop Smoke’s “Dior”.

Like all types of music, drill is being experimented on throughout Africa, but nowhere is the movement more prevalent than in Ghana’s Ashanti region, in the city of Kumasi (renowned for pioneering cultural waves in the West African country), now fondly referred to as Kumerica.

Kumerica – simply forged from a mash-up of Kumasi and America – was coined by the young people of Kumasi to illustrate the how their lifestyles were less reflexive of their Ghanaian location and more closely related to the opulence presented by American stars, from their dancing chains, to their fancy sports cars, and their wardrobes full of luxury designer items. Sensationalised on the internet earlier this year, Kumericans, as they’re called, are not only seen to co-opt American style, but they also adopt the American style of speech, from their slangs to the ubiquitous American accent.

Whilst in everyday life, mimicking another cultures and lifestyles is worth note and attention, when it comes to music, taking inspiration from genres outside of one’s immediate vicinity is a practice that has been ongoing for as long as music has been alive. So, it is no surprise then, that with the growth of the Kumerican community came the growth of a bubbling musical movement that is equally as inspired by the US, this time, drill sound blowing up in Pop Smoke’s New York.

As with all drill music, the lyrics spewed through each Kumerican rap track are typically brutish as they narrate the violent reality of the Kumasi streets. In the UK, Mayor of London Sadiq Khan once blamed the rise of the drill scene for increased knife crime in the country’s capital; in Ghana, as the gang violence, drug affiliation and general criminal activity commonly associated with drill is mimicked amongst Kumasi drill rappers, the introduction of the new genre to Kumerica has similarly been accused of inciting violence in the Garden City of West Africa.

Whilst Kumasi Drill (led by Reggie, O’Kenneth, Kwaku DMC) seems to be the only drill movement in full form on the continent, the sound is an everyday one to African ears, owing to the ubiquity of Western media. So, when our own artists try their hand at drill – whether one-off, or taking on the genre’s sensibilities as their own artistic style – we are gifted with familiar sounds through familiar tongues, offering a more personal experience to the foreign-helmed sonance.

From South Africa (where Chicago drill has been studied by rappers for many years now) Nigeria, Mozambique, Kenya, Congo, rappers are interchanging English and their indigenous languages to the tune of UK drill, to a standard well worth our recognition. In applause, NATIVE have compiled a list of ten tracks that have caught our attention – for those who don’t know about drill on the African continent, get hip to these guys now. And if you’re all about it? We’d love to hear who you guys have got on your African drill playlists, and which country they’re repping. Get me lit!

Produced by The GG

ICYMI: THE EVOLUTION OF GOSPEL MUSIC IN NIGERIA

0100
Previous Article Gems: A list of the best songs released this week