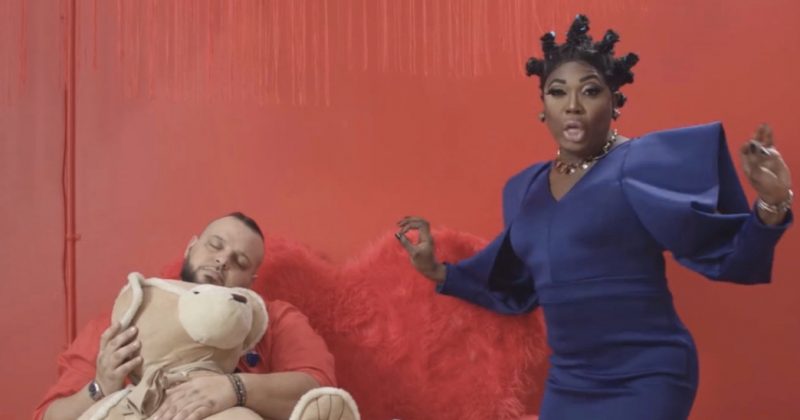 If you’re an avid viewer of hit American reality television series, ‘Ru Paul’s Drag Race’ then you definitely know Miss BeBe Zahara Benet, the first-ever winner of the show at its inception in 2009 and the first African-American to hold the title.

Since graduating from the halls of Mama Ru’s studio, BeBe Zahara Benet has been taking her craft more seriously, becoming an all-round performer as she released a few personal projects to her upcoming appearance on TLC’s ‘Dragnificent’. She’s gearing up to release her first ever EP on April 24th, ‘Broken English’, a project she aims to use to show off her serious musical chops and pay homage to her African roots.

The Cameroonian drag artist has released a new single ahead of the EP, “Banjo” a fun, energetic and uptempo number on which she sings about the allure of the sweet-nothings one often hears when being pursued romantically. ‘Say he wanna play me like a banjo/hold on tight like a handle’ she sings, with each word she croons bouncing with the flute-led catchy beat. The accompanying music video premiered today matches the upbeat flow of the song as the colourful set allows BeBe to channel all her fierceness.

If the littering of pidgin english on this track is anything to go by, we’re fully expecting that BeBe’s upcoming EP is a love letter to Africa.

Watch the video for “Banjo” below.

ICYMI: What’s all the fuss with androgynous dressing?

Next Article NATIVE Exclusive: A-Q is moving from veteran rapper to leader of a renaissance