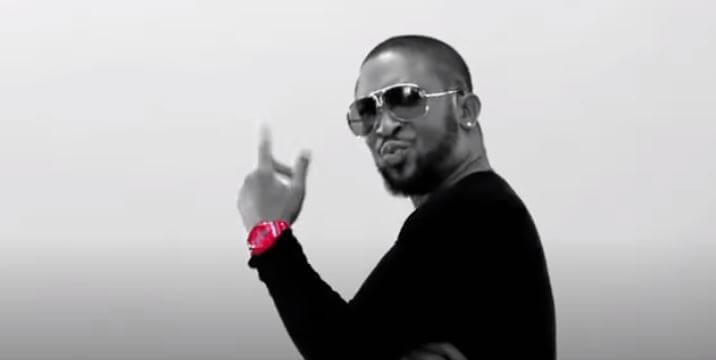 The Shuffle: That time Darey teamed up with Chamillionaire on “The Way You Are (Remix)”

A remarkable combination based on synergy and evident mutual respect

There was one positive thing that stuck out about Darey Art Alade when he first started gaining attention: His killer voice. Coming third place back in 2004 at the first iteration of the pan-African music reality TV show, Project Fame, Darey, in addition to being the scion of legendary Nigerian musician, Art Alade, clearly had the chops to be more than another forgotten contestant of a talent competition. Shortly after, he began to manifest his potential on the way to becoming one of the seminal Pop/R&B figures in contemporary Nigerian music.

In the hallowed halls of Nigerian male artists particularly known for their vocal prowess, Darey is in rarefied territory, boasting to a catalogue brimming with definitive songs grounded in the sheer power and range of his soulful voice. In 2011, he put out his third studio album, ‘Double Dare (HeartBeat)’, the rare double LP which largely justified its 80-plus minutes run time, using an eclectic music selection and a variety of effective features to advance the album’s listening experience.

In one of the best mergers between Darey and an outside voice, he was joined by American rapper Chamillionaire on the remix for one of the album’s lead singles, “The Way You Are”. In comparison to its frequency these days, international collaborations at the top of the last decade were a rarity, and this was made evident in the resulting songs— for example, Snoop Dogg’s slick verse on “Mr Endowed”, in hindsight seems more like an addition to the song than an actual component of the song’s fabric. This is what makes “The Way You Are (Remix)” so remarkable because it seems more like a meeting of peers and a combination based on synergy and mutual respect.

Remixes can be tricky, and sometimes the featured artist can have a negative effect on an already good song – in the case of relatively high profile guests, they can come across as though they’re doing the primary artist a favour. Granted, Chamillionaire was years past his commercial peak as a rapper at the time, however, he was definitely a positive addition to “The Way You Are (Remix)”, supplementing Darey’s r&b leading man charm in a manner that’s reminiscent of crossover Rap/R&B jams that dominated large parts of the ‘90s and 2000s.

Like an overwhelming portion of Darey’s catalogue, “The Way You Are” is about women, and even though there’s a romantic tone to it, it is hinged on body positivity. Although it can be accused of being heavy-handed and abrasive in tone, the song’s saving grace lies in its tacit acknowledgement of beauty standards and the specificity of accepting a lover’s physique regardless of what they think of their attributes. ‘I like the way you are’, he sings in a sweetly floating falsetto on the hook, almost as if his heart would be shattered if his interest doesn’t take to his words of reassurance—the execution wasn’t perfect but there’s no doubting the purity of his intention.

Keeping the original, glossy EDM-inflected r&b beat, Chamillionaire kicks off the remix with a verse where he admires his lover’s physical attributes and pledges his undying love to her. “Must be in heaven ‘cos your body is to die for/when you’re with me, I’ll never say odabo (goodbye)”, he raps with a charming verve. Rather than disappearing after the first verse, he returns for a boastful second verse and closing bridge, where his vocal interplay with Darey is heightened by a Reggaeton breakdown.

Just like many of you, 2020 has so far, brought a handful of uncertainties my way. But the fact is that God isn't surprised. So I guess it's up to all of us to submit and be led… 🤗. #JahGuideMe #Aug14 🕊🙏🏽 LINK IN BIO TO PRE-ORDER 🔗

In the conversation about collaborations that helped build a bridge between Nigerian music and the west, “The Way You Are (Remix)” is barely ever mentioned, which is understandable since the song wasn’t exactly a commercial behemoth. Regardless, it showed that collabs between Nigerian artists and their foreign counterparts could be organic and quite seamless, long before global superstars started tapping Afropop for chart-topping hits and full-length projects.

It also highlights Darey’s flair for doing things his own way, and if his recently announced return to music continues in the same way, the big-voiced singer could still have more seminal music and moves to offer in the near future.

Listen to “The Way You Are (Remix)” here.