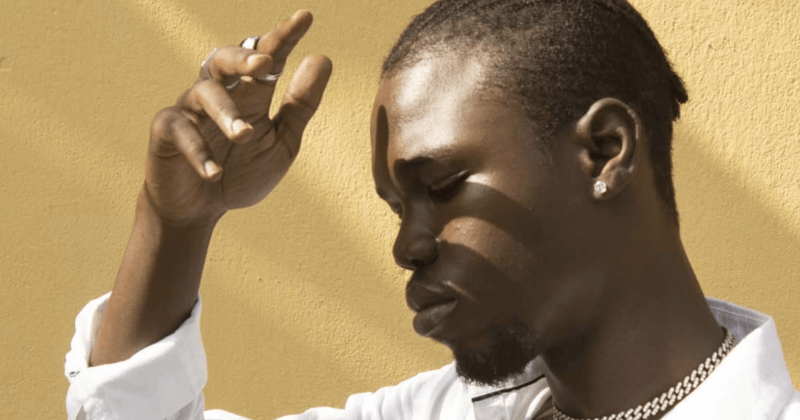 2020 has been the most political-conscious year for most of us young adults, and it’s not just because of the recently concluded American election (I mean, who’s really that interested two white men going at each other for more power). Keeping up with the news and memorising some parts of the constitution has simply become a basic necessity for our survival as we navigate this crisis-of-a-year—with a pandemic-induced lockdown and protests against police brutality and complacent governments. Nigerian rappers such as Falz, M.I and others have always channelled the innate political consciousness of hip-hop to speak on the political issues concerning us in Nigeria. However, the trauma we collectively felt from the #EndSARS protests and the massacre at Lekki has made our political consciousness more vivid, forcing even more radio-friendly pop stars like Wizkid and Davido to speak up against the injustice.

In this respect, Djaji Prime just shared a new EP, ‘An Interim Uprising’, offering 6 new tracks inspired by the present political climate. Although this is the rapper’s 3rd project, we’re are still anticipating his debut album to give us a fuller picture of his ability. ‘An Interim Uprising’ is a concept album about the chaotic climate here in Nigeria and somehow, he found fresh angles to explore the familiar concept. From the photo of a ski-mask on the cover art to the gangster ethos on tracks like “Save My People”, the tape finds Djaji Prime reasserting the message to pushback against the profiling carried out by law enforcement in Nigeria.

Though he tapped the angst of rock music on “Hysteria (Big Fish Theory” to describe how anarchic Nigeria was during the #EndSARS protests, the album appeals more to hip-hop sensibilities with classic 90s hip-hop style beat samples on “Cops & Mobbers” and “This is a Democracy”. For those who can look past his unique sound, they are rewarded with a concise 14-minute tape that delivers stunning, and defiant tracks that are both assertive and devastatingly cathartic as he narrates his personal experiences in our oppressive society.