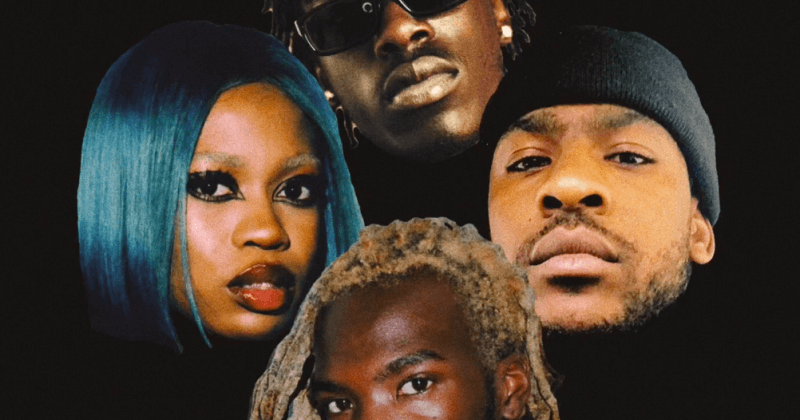 When Travis Scott came out with his new single, “FRANCHISE” featuring Young Thug and M.I.A., fans of the UK’s most prolific rapper were vehemently convinced that the beat was produced by Skepta himself, as the production put together by La Flame, with the help pf Chase B and Teddy Walton, sounded like something right out of The Big Chief’s catalog.

Well, Skepta agrees. Hopping on Travis’ production and featuring Lancey Foux, Unknown T and Deto Black on the leaked record, Skepta leads the song with a provocative statement of fact: “This my type beat/ everybody knows that this my type beat“.

Throughout their playful freestyle, Skep, Foux and T share cleverly constructed lines, as we would expect from three of the UK’s most creative artists. Their distinct styles of rapping make for a diverse record, even before Deto Black assumes her position as the last word.

Since her debut on Odunsi (The Engine)’s “body count” streets have been clamouring for new Deto Black, and she feeds us good on this leaked collaboration. Though a she’s only got one verse to her name, Black holds her own and then some, living up to the high standard set by the well-established household names.

“Everybody knows that this my type beat”

“I don’t do lowkey, I go soprano in the highest key”

“Hannah with the Montana see two sides of me”

“You wanna try me, blood on your white tee”

“I’m in a new road no way I’m steering left, can’t get into saga”

“That bitch tryna look like me, yeah that bitch is an imposter”

“I never need a nigga for no shit, I’m that bitch”

“When I rage it’s only bitches in my moshpit”

ICYMI: BEST NEW MUSIC: TEMS IS ON HER BEST FORM WITH A “FREE MIND”

Next Article Music That Makes Us Proud To Be Nigerian