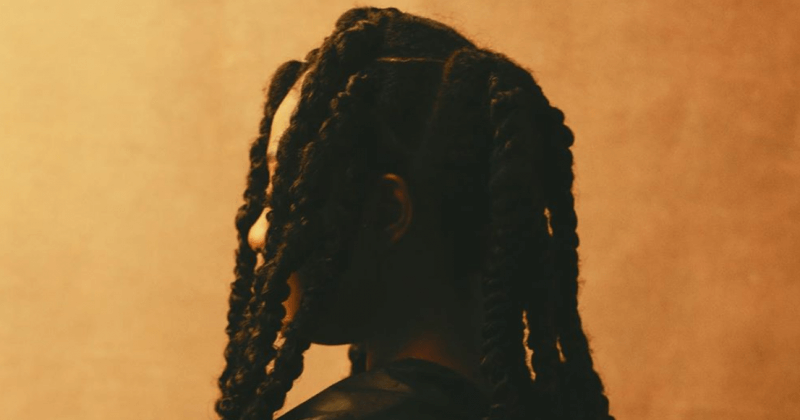 It’s a generally accepted notion that both listening to and creating music can have various positive effects on one’s mood and mental health. More than a form of entertainment, music can intervene when you’re feeling lonely and isolated, whether it’s when you recognise details of what you’re feeling in what you can hear as a listener, or as the creator – like Tems – finding release for these feelings.

Last Friday, she released her debut EP, ‘For Broken Ears’, which she revealed is “for anyone looking for an alternative to the darkness. Those who needs a break from the toxicity they consume and supply on a daily basis”. Her deeply personal lens on navigating the world when you can feel its weight on your shoulders, is the kind of music that can be used to find a place of comfort and a secure base for emotional balance. The speed with which Tems has made her name as one of the most important voices of the younger generation of hitmakers is nearly unprecedented, and this is mostly entirely due to the proximity listeners have to her truest and most vulnerable feelings.

The first single off my EP, “DAMAGES” is out THIS FRIDAY! It’s time to pour💧

In our Issue 004 cover story, Tems detailed her troubled past with us, speaking about how making music helped her get over a bout of depression as a teenager. There’s a certain freedom that comes when you’ve fought away the black cloud hanging over your head during a downward spiral, and with “Free Mind”, Tems perfectly expresses what it’s like on the other side.

Opening with soft piano keys and a thumping bass, the song’s catchy, self-produced (alongside Omeiza) beat sets the foundation for Tems’ honest confessional. With recurring bass after each four bars, one will find themselves bopping their head to the bounce and in agreement with what she’s saying in unison. Switching from her calm and collected delivery in the verses to a higher pitch in the hook and pre-chorus, it feels almost like Tems is symbolising the freedom she feels through her melodies.

Throughout the project, “Free Mind” sees Tems at her best vocal delivery and lyrical dexterity, as she walks us through what it’s like to feel bogged down, how she feels after overcoming these troubles, and subsequently ‘running to the other side’. ‘I try to be fine but I can’t be, the noise in my mind wouldn’t leave me. I try to get by but I’m burning’ she sings on the first verse to set the tone, before she declares that she really needs a free mind on the hook. A person’s outer reality is directly influenced by the internal beliefs one has about themselves, and typically, the way you think influences the way you act; the way you act influences how you’re treated, which cycles back to influence what you believe about yourself. As a result, having limiting beliefs of one’s self is very easy to fall into, and with this project as a whole, Tems is showing us that it’s better to be on the other side of this.

On the hook she sings: “When I try to live my life, then it tries to take me out”, which is probably the most relatable line in the whole song. If you’ve pushed through a hurdle before, you’ll know that the reward for overcoming a challenge is an even bigger challenge to overcome, and without a free mind, you might find yourself back to square one. This is where most people stumble, but Tems is confirming to us that it’s possible to keep pushing to get to the other side, and the clarity and freedom of mind is the key.

During the interview for our cover story, Tems told me that her all her new music is representative of a new Tems, one she’s become used to being, but we aren’t aware of yet. Her breakout song, “Try Me” was written at a time when she was still feeling immense emotional pain, which you can hear through the lyrics and inflections on the track. “Free Mind”, seems like she has reached the final form from “Try Me”, connoting that once you’ve freed yourself from the prison of your mind, these limiting beliefs are eliminated from your life, and you will become more motivated to take action on what you truly want to achieve.

If you stick to Tems’ rulebook, you’re likely to keep your head down and carry on pushing with ease.

Damilola needs a rapper to serenade her @damdamxx

ICYMI: A 1-Listen review of Tems’ ‘For Broken Ears’