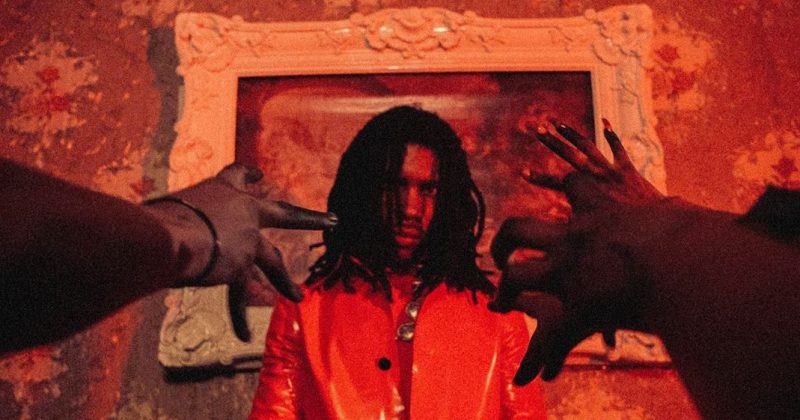 Santi is expanding the universe around Mandy and the Jungle. With the promise of an accompanying comic book, fans can expect more context from the landmark debut, but video releases are already painting a clear picture of what is to come. Last year, “Freaky”, kickstarted Santi’s Nollywood-grunge aesthetic, a theme that surfaced in follow up videos “Rapid Fire” and “Sparky”. “Raw Dinner”, his first post-album video release tows a similar line to his earlier work using goth elements to present a refreshing take on nostalgic Nollywood nuances.

Starring Nigerian model Daberechi in the lead role, “Raw Dinner” dabbles with surrealism and fantasy. Producer, Ebuka Nwobu gives a character breakdown that lists Santi as Quila and newcomer actress Mimi as the clairvoyant, Luna. Both form a crime-fighting duo that befriends Erin (Daberechi) another super-powered human. “Raw Dinner” nods Tarantino, one of Santi’s main visual influences with a chapter-by-chapter split that spreads the plot across 6 interspersed parts and here is how they play out: 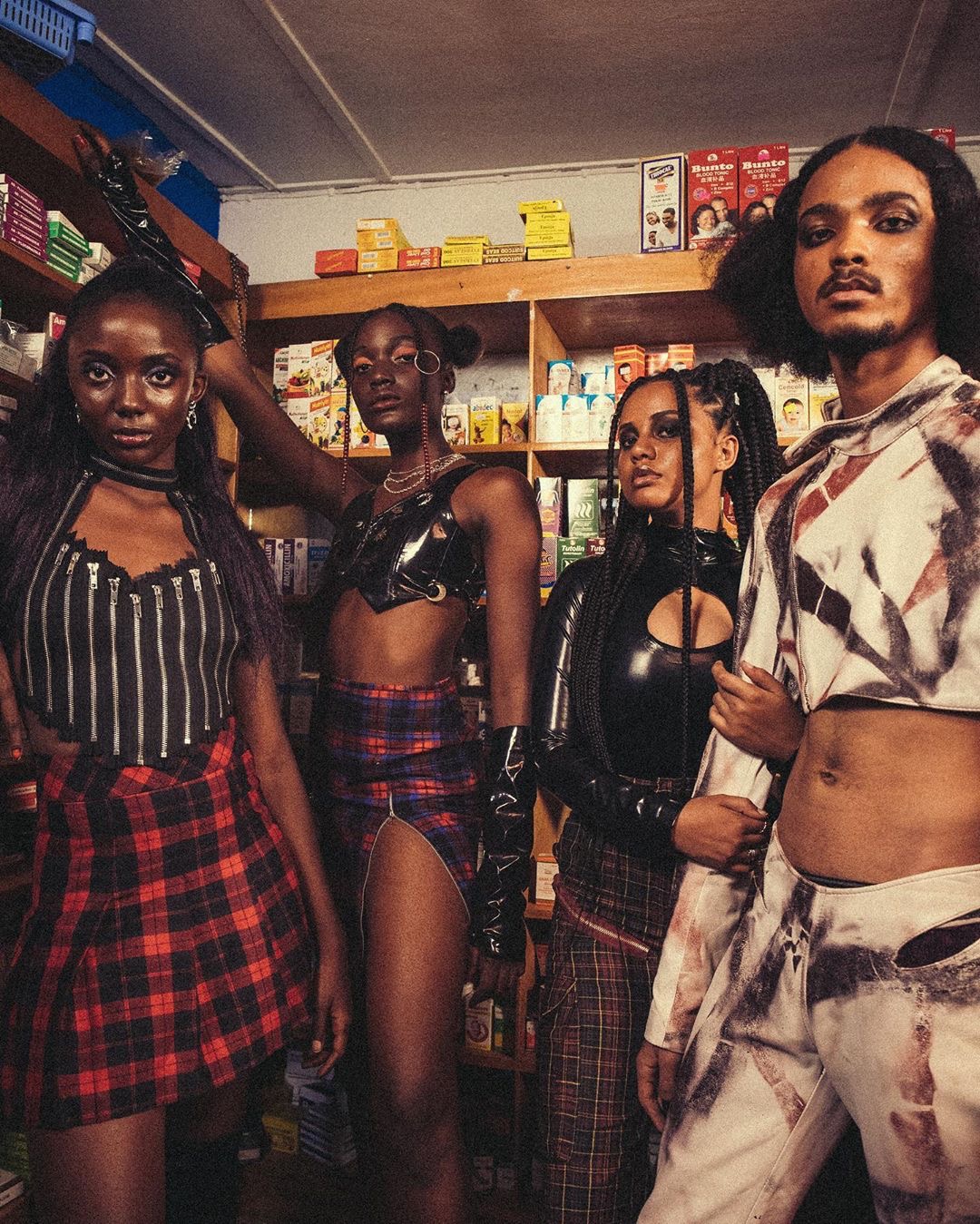 The opening chapter introduces two supernatural characters, Erin and Luna. Erin appears to use her telepathic abilities on a shopkeeper who is stunned by the encounter and offers them goods without accepting any payment. Luna’s powers are also revealed in a quick scene that pays homage to children cinematic classic, Matilda. In this sequence, we catch a brief glimpse at an evidence board with flyers about a missing boy, amongst other details of a case in progress. 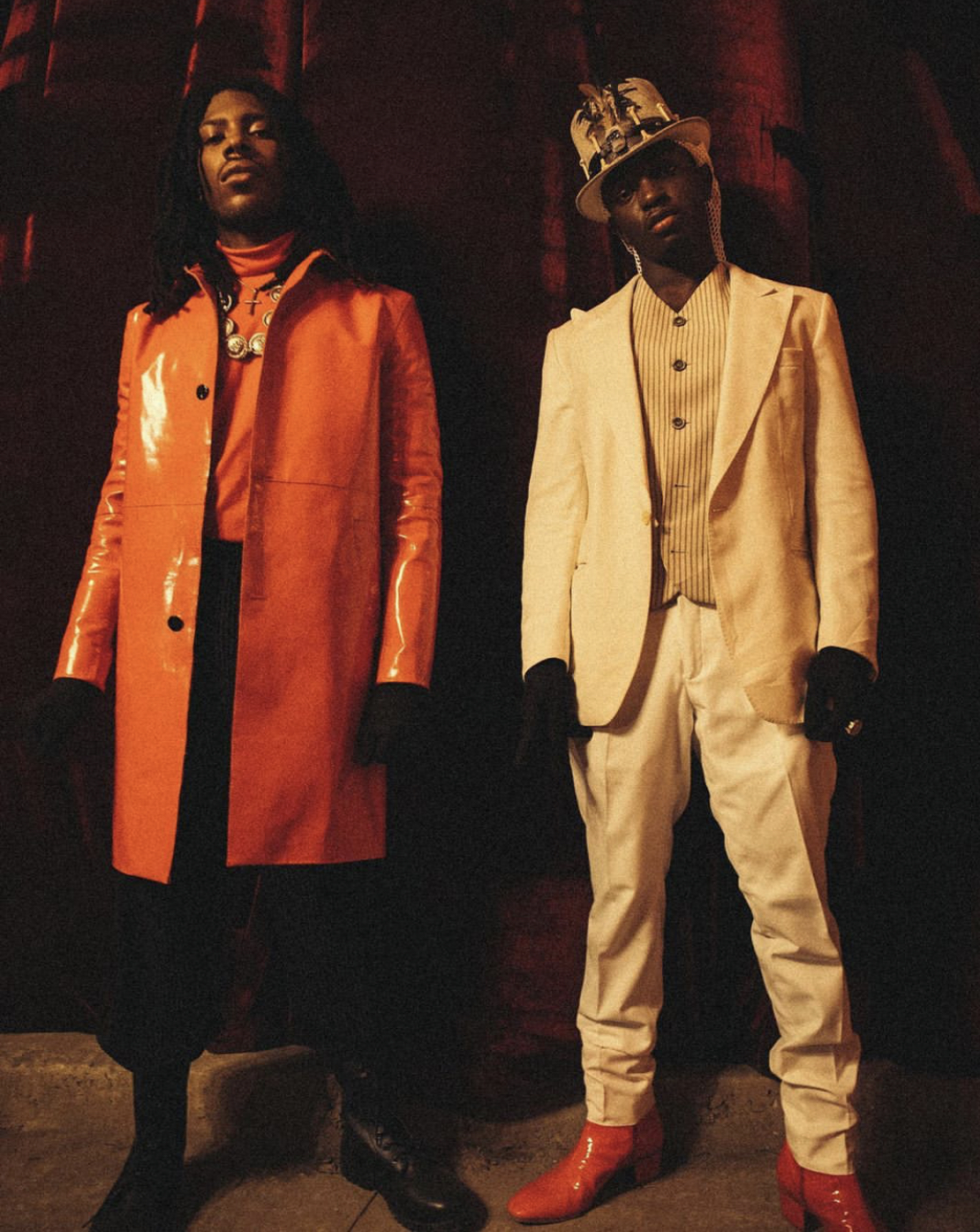 The ominous scene opens into a red room. Kida and Santi, unassumingly, come across a gruesome dinner table seemingly set by four entranced women in dressed in all black. Luna arrives at the crime scene with a spellbook, that wards off the villainous-looking women at the gathering.  However, the evil is not defeated, elsewhere a mad doctor restrains patients for experiments and tests. Kida is one of such experiments and he delivers his verse while restrained. 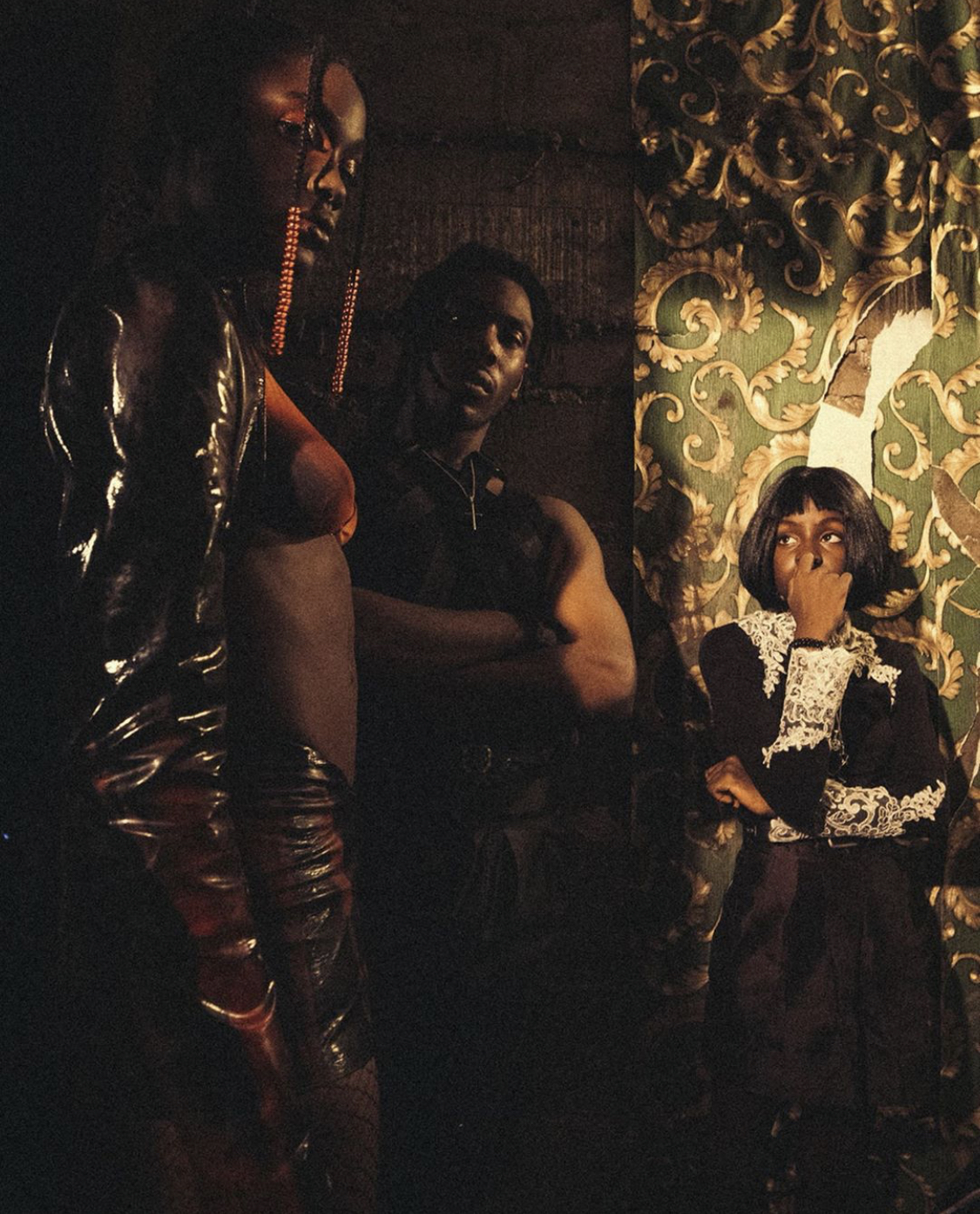 This scene shows off the growing friendship between the trio. The voiceover narration (performed by Moyosore Briggs), keys us into the bond that has grown between Quila, Luna and Erin: “It feels great when you know you’re not alone when you find someone just like you everything starts making sense”, Briggs narrates. Erin also shows off her abilities to her friends by effortlessly defeating a horde of zombies; Quila and Luna are visibly impressed in Erin’s mastery of her power. 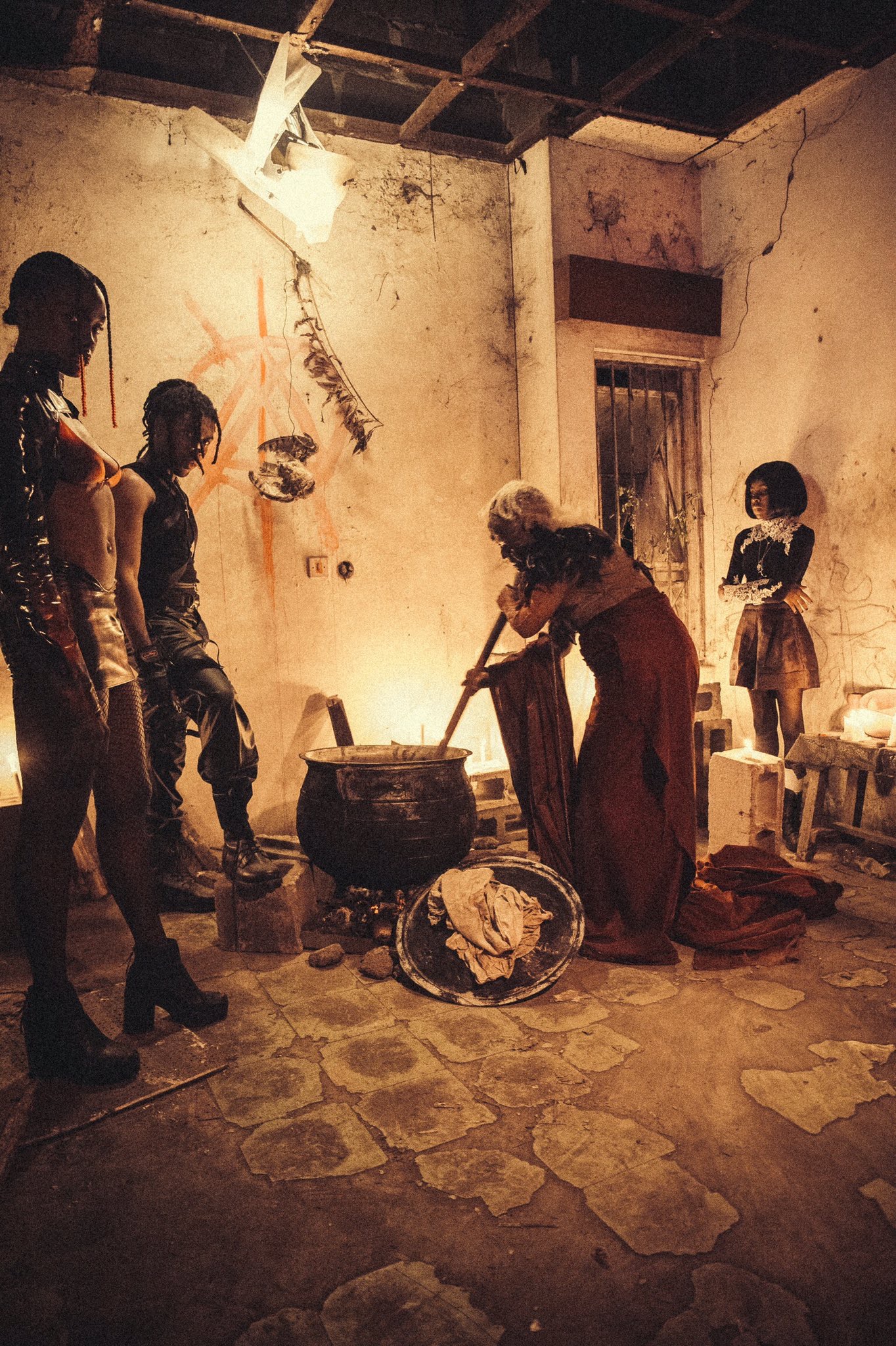 Santi’s Nollywood inspirations manifest fully in this chapter. Quila, Luna and Erin are working on a case of the missing boy from the evidence board. This scene segues into the lair of an unidentified supernatural creature, who appears to have held the missing boys captive. Edna Ogholi’s classic track, “Happy Birthday” interludes “Raw Dinner”, while Luna telepathically transports herself to rescue the boys, against the better knowledge of the creature who kidnapped them.

Chapter Five: The Foundations of Evil 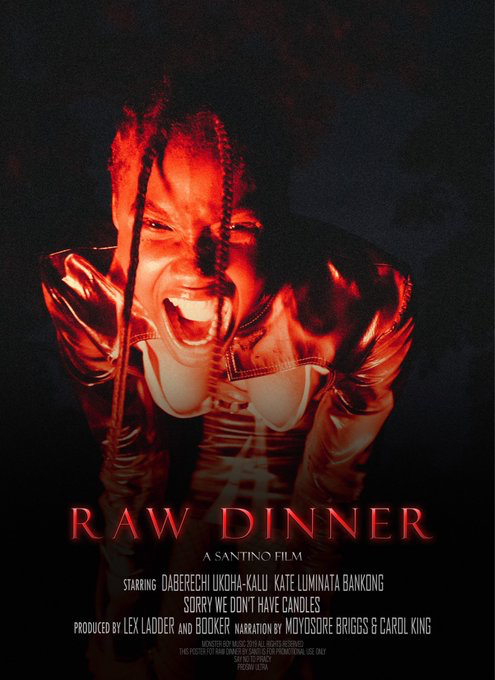 This scene opens with the narration echoing the propensity for evil that lies in all of us. The running theme here is the inevitability of destiny. Erin squares off with the child-napping creature who insists her path is destined for evil. The confrontation is intense, and Erin is seen struggling to accept her fate as she tries to grasp on to the friendship she has found in Quila and Luna. However, we see Erin accepting her fate as the confrontation ends with the creature laying on the floor leading up to the last chapter where her full form emerges. 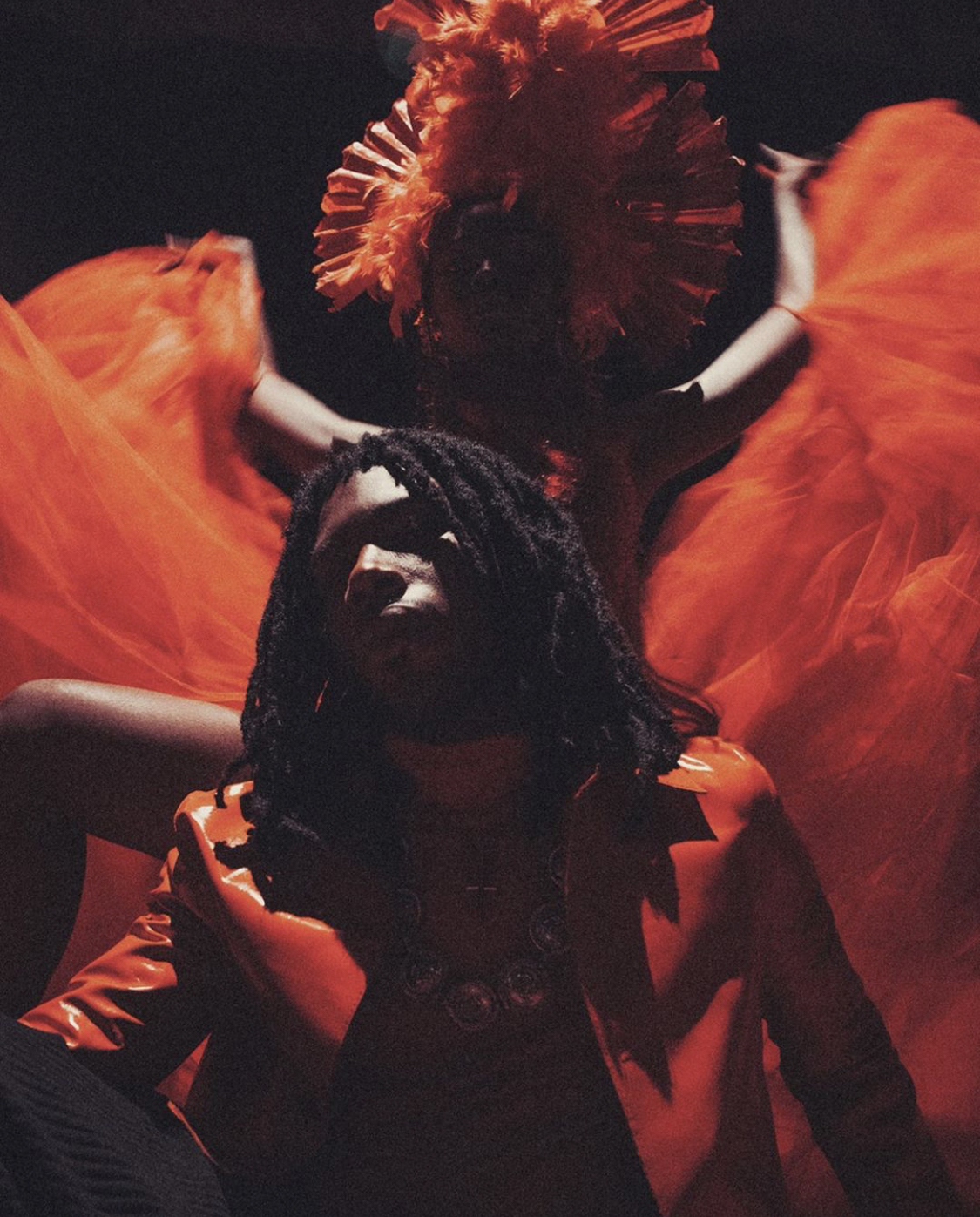 The final act of “Raw Dinner” is perhaps the most picturesque, it is a blend of contrasting colours; black and blood red. Erin is shadowed by an effeminate dark angel who appears to be helping her direct her energy in a room filled with onlooking followers in black robes. Quila is seen trying to make his way to her but it is clear that her path has changed as she basks in the adoration of the coven around her. He is restrained from reaching her and brought to his knees. There is the look of betrayal on Quila’s face when he comes face to face with his former friend, who has now transformed into the Demon Queen. Devoid of emotion, she sends him to what we presume to be his perdition.

Check out Santi’s announcement of “Raw Dinner” for more details on everyone who worked on the project here.

Tami is a lover of astrology, good music and women. Tweet your fave female artists at her @tamimak_

ICYMI: Santi is Set to Direct Goldlink and Tyler the Creator “You Say” Video