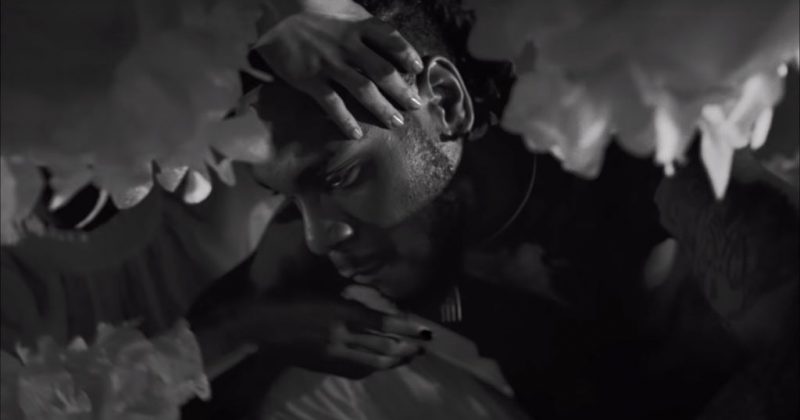 “Thuggin/Darko” is the follow up to Burna Boy’s ‘Steel and Copper’ joint EP with American producer duo, DJDS. As the title suggests, the 4-minute long clip combines two songs from the tape, “Thugging” and “Darko”, exploring the gang-violence themes from the songs for a thought-provoking short-film.

Burna Boy has never shied from channeling his gritty reality on his songs, but the video for “Thugging/Darko” is a visual introduction into the Ye singer’s world, where bleakness and beauty meet—aggressively, subtly, devastatingly. Daniel Regan directs the music video, depicting Burna as a caretaker and gang banger who loses a dear one as a consequence of the gang violence he’s involved in. While he mourns the loss, the video ironically goes from the black and white filter it began with to a colorful frame, celebrating the African burial rites as we watch dancers performing enchanting rituals.

You can watch the Burna Boy’s “Thuggin/Darko” below.

0000
Previous Article Listen to “Bayi Bayi” by Peruzzi and Zlatan