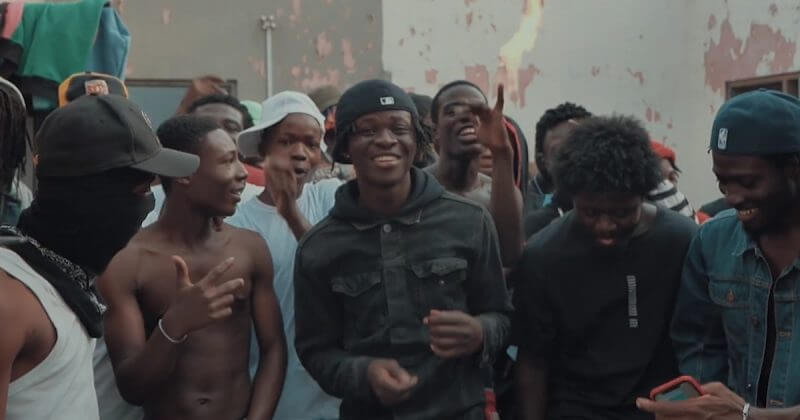 Kumerica is a living, breathing representation of the idea that there’s always strength in numbers. Before clips from the gritty music video for Yaw Tog’s “Sore” went viral on social media timelines, the community of Drill artists and producers coming out of Kumasi, Ghana, was already turning heads, including that of famed designer Virgil Abloh, whose September 2019 shout-out increased attention to the brewing phenomenon. By 2020, Asakaa—as it’s fondly referred to locally—shot into a higher level of visibility, effectively adding a fresh, exciting dimension to rap music on the continent.

To be conversant with Asakaa is to know Reggie, one of the linchpins of the high-flying movement. In a recent interview with Audiomack World, Sean Lifer, co-founder of Life Living Records and one of the de-facto lead figures in the Kumasi Drill community, credited Reggie’s early 2020 single, “Akata Gang Gang”, as the final nudge for him to fully commit to creating and dropping Drill songs. It’s easy to understand that effect: even though “Akata Gang Gang” captured Reggie in the very early stages of his development, he already possessed a magnetic sense of how to uniquely inhabit the frenetic ticks of a Drill beat, using conviction and carefreeness to his advantage.

During a highly productive and prosperous 2020 run, the 21-year old artist teamed up with O’Kenneth for the searing, statement-making EP, ‘Straight Outta Kumerica’, while making memorable appearances on hit songs including Kawabanga’s “Akatafoc”, Jay Bahd’s “Condemn” and Sean Lifer’s “Ma Drip”. Opening Reggie’s headlining account for the year is “Geng Geng”, an infectious, stomping anthem that, similar to several records out of the Life Living camp, is built around a proud sense of community. Featuring City Boy, Jay Bahd, O’Kenneth and Sean Lifer, the song is a delightful merger of the voices defining and setting the standard for Drill music in Africa.

Built on shared experiences and a collective sense of solidarity, “Geng Geng” is an exuberant ode to brotherhood, using the dark and gritty aspect of growing up and making a headway in Kumasi as its central theme. City Boy opens the song with a posturing and slightly reflective verse where he reveals, “no school, learnt everything online”. That lively intro quickly gives way to Reggie’s sublime hook, a stunning 4-bar sequence that will stay stuck in your head once you hear it more than once.

In his short but prolific catalogue, Reggie has shown his prowess as a lyricist capable of dousing his bars with colourful wordplay and pocket-bending flows. However, what really elevates his artistry is his increasingly undeniable ability to spin plain-stated, highly infectious hooks. Over DJ Fortune’s gleefully haunted piano chords, vocal chants and explosive, uptempo bass, Reggie employs a gliding flow that heightens the grooviness of his backing beat.

Celebrating the thrill of leading a hedonistic lifestyle with his brethren, he references beautiful women, white people (a nod to cybercrime and an inside joke), and weed, topping it with the reputation of the endearing mantra, “Always trap with the Geng Geng”, which is epitomised by the trap house setting of the accompanying music video. Jay Bahd and O’Kenneth share space on the second verse, with the former’s clear Pop Smoke influence further bolstering his arresting swagger, and the latter making the most of an 8-bar appearance. Sean Lifer closes out with a bridge referencing Western Union, ending the song on a casually commanding tone that sums up the rapper’s central ethos.

From song structure to thematic content and its musical make-up, it’s clear that “Geng Geng” is a phenomenal reiteration of what makes Asakaa tick. In addition to being the latest banger straight outta Kumerica, it positions Reggie as an ascendant superstar primed to continue his upward trajectory in the company of his trusty gang.

ICYMI: UGANDA’S ‘N*GEN’ IS NOW SHOWING IN AMERICA AND THE CARIBBEAN