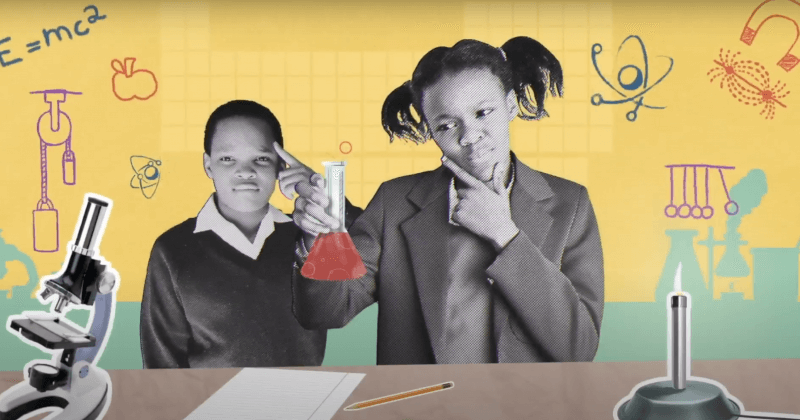 Though the pandemic disrupted life as we once knew it, one thing that has remained certain is our need for more scientists who can solve problems such as the COVID-19 virus. With schools shut down to reduce the crisis, millions of children are now stranded at home, mindlessly watching television or distracting their parents. But rather than allowing kids to waste this period, six teachers from Clarke Junior School in Kampala, Uganda came up with an idea for a television program that promotes a culture of holistic learning and development for children; N*GEN – Next Generation TV.

N*Gen (pronounced Engine) was created by six teachers from Clarke Junior School in Kampala while East African nonprofit, Peripheral Vision International funds and produces it. The show features a dozen 35-minute episodes, with engaging educational STEM (disciplines of science, technology, engineering, and mathematics) segments – delivered by charismatic teachers – exciting animations, fun quizzes, experiments, fitness and mindfulness exercises, as well as tips for healthy living. N*Gen started airing on Ugandan TV in September 2020 and since then, it has been picked up by TV networks in other African countries like Eswatini, Kenya, Namibia, Nigeria, South Africa, Zambia and Zimbabwe. The Africa Channel in the US and the Caribbean have also started airing season one of show every Saturday and Sunday at 6 a.m. and 9 a.m. ET from the 6th of February, as the second season is in development and will be produced in 2021, pending funding support for the show.

N*Gen is particularly exceptional as it looks at science through African eyes and presents what many believe to be a difficult subject in a manner that is accessible for their audience of children between the ages of 8 – 12. However, it has also gotten a lot of praise for prominently featuring women as its two main presenters, Irene Nyangoma Mugadu and Annah Komushana. Though some male teachers appear during the course of the TV show, the focus on the show’s female hosts emphasise the importance of featuring African women in science, thereby encouraging and empowering more young girls to explore disciplines that are mainly pursued by boys, and reach their full potential academically.

The team of teachers and producers includes people from Uganda, Nigeria and Kenya – where some segments are also filmed – who team up to brainstorm ideas for episodes. The African focus allows African perspectives, locations and scientific discoveries to be broadcasted for the world to see just as we’ve always watched foreign content from Western countries. This means that this generation will boast a pan-African education – not only in the social sciences but in the material sciences also – of which generations before them felt a distinct lack.

Watch the trailer for ‘N*Gen – Next Generation TV’ below.

0300
Previous Article NATIVE Exclusive: The Cavemen Are Starting A Renaissance In Pan-African Music

Next Article Tiwa Savage has been nominated for two NAACP awards