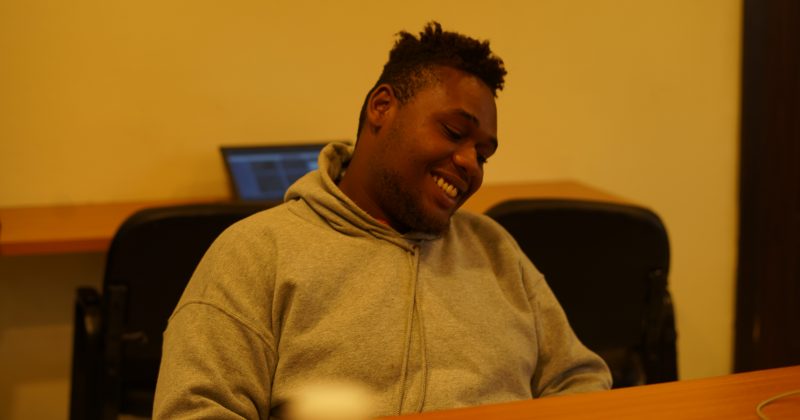 If you view Buju’s 2019 run in a single snapshot—from “Energy” to “L’enu”—you get the picture of an artist coming out of his own shell to embrace his newfound fame as the life of the party.

Two years before “Energy” became one of our earliest Best New Music picks of 2019, Buju was going through the familiar motions of a reluctant pop-star in the making. His closest friends had already marked him a superstar, but doing the work was another story entirely. All of that changed this year after “Energy” became a fan favourite, allowing Buju to step into his brightening spotlight.

The first mark of his come-up was with “Spiritual”, his pop-fused second single of the year, featuring street-hop rebel, Zlatan. In that time, he’s landed a handful of collaborations, a Headies nomination, as well as a performance slot at Art X Live!, an interactive music show hosted by West Africa’s biggest art fair.

His latest ingle, “L’enu”, is a self-attestation of his own limitless potential. Set on electronic synths and Afropop drums, Buju returns all the attention to his ear-warming vocals, delivering Fuji-inflected lyrics as he basks in the comfort of his superstar trajectory.

Like Tems, Teni, Lady Donli and Santi, Buju is also having a phenomenal 2019. “L’enu” is a remarkable telling of how quickly Nigeria’s DIY-musicians are coming to their own mainstream voice, and on his Steph-produced new single, it’s clear he has come a long way from being the microphone-shy singer he used to be.

At the moment, it’s almost impossible to imagine a Lagos Christmas where DJs don’t keep “L’enu” on turntables till year-end.

Stream “L’enu” by Buju via Apple Music below: