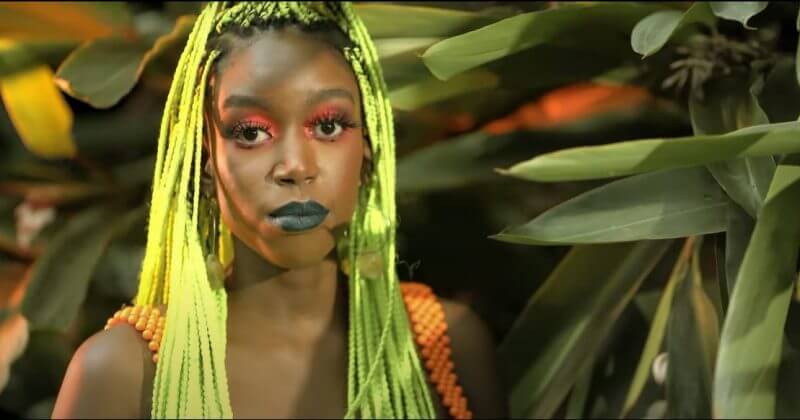 Best New Music: Karun & Higo’s “Here With Me” is a glossy pop-soul exhibition

In the near-decade since she appeared as a member of the seminal yet short-lived urban pop group, Camp Mulla, Kenyan artist Karun has hit the reset button on her career a few times, revealing a better-rounded and more assured iteration of herself at every turn. The singer, songwriter and producer is knee-deep into her third act, which is widely regarded to have started with the release of “Roses”, the alternative R&B collab track with producer Ukweli. She’s followed with a handful of headlining songs and collaborations, an artistic renaissance that has now culminated in the release of her new EP, ‘Catch A Vibe’.

This period in Karun’s career has been characterised by colourful and eclectic production choices. Her sonic choices all seem to echo the current era of borderless global pop music, a seesaw between confessional R&B lyricism and declarative Pop songwriting, all underpinned by her remarkably sweet-sounding voice that has consistently exuded a soulful charm. Off her new EP, which distills these attributes into a seamless listen, is the standout song “Here With Me”, a glossy Pop-Soul exhibition. The premise is simple—Karun is convincing a romantic partner of their suitability together—but its execution is refreshing and instantly compelling.

Created in tandem with producer Higo, who’s credited as co-headliner, “Here With Me” thrives on a clear understanding between both collaborators. On the song, Higo curates a brightly coloured but minimalist soundscape, combining sunny guitar chords and bouncy percussion with vivid Caribbean Pop tinges. This musical make-up emphasises the honeyed essence of Karun’s voice, while also leaving enough space for her fluttering melodies to bloom and for her narrative to fully grip listeners. “Wanted nothing more but to disappear, no love anymore/But somehow I found you, learned to love again”, she sings on the first verse, setting the song’s precedent after revealing that she’s “been hurt before”.

“Here With Me” is lovestruck, but it isn’t mindlessly numb or unnecessarily devotional. It’s a heartfelt confessional, one that is inspired by wholesome yearning, rather than the desperate verve often attached to romantic cuts of this type. Karun sings to her interest of the effect they’ve had on her since their bonds deepened, popping the question in a manner that splits the difference between coy and assured—“so, won’t you be with me?” she simply asks. The writing carries the playful nervousness of leaving a voicemail or a voice note in the dead of night, but even in this one-way conversation, there’s acknowledgment that romance is a two-sided effort.

“In fact, I loved you, you loved me/we played our parts, and we can sail away”, she sings on the final part which leads directly into the coda where she chants “sail” until the song fades out. On “Here With Me”, Karun merges the straightforward honesty of Hip-Hop Soul with sharpened pop instincts, which combines with Higo’s buoyant production to result in a song fitting for a hangout on a breezy evening, and poignant enough for many to relate to. With this single, the Kenyan singer continues to show her enthralling lyricism and her the depth of her vocal agility.

Listen to “Here With Me” below.

0000
Previous Article Bruk It Down: How Tems made ‘For Broken Ears’ standout, “Ice T”