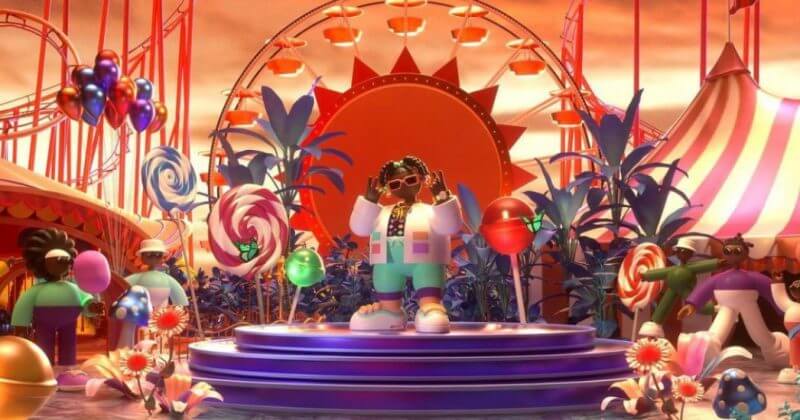 In the earlier stages of her career, Teniola Apata constantly affixed “the Entertainer” to her current, widely accepted mononym moniker Teni. Used at a time when she was still looking to convince the people of her skillset, that epithet was a pre-emptive statement, a way of laying out her intentions to engage any and every one capable of appreciating entertainment with a capital E. Within the scope of Nigerian Pop music, a space that places premium value on entertaining everyone for a chance at sustained mainstream success, Teni’s aim wasn’t unique but she quickly started carving out her own corner nonetheless.

“Fargin”, the 2017 single that brought about the singer her first wave of attention, is a cheeky and potent representation of conversation around sexual consent, a topic that has somehow remained unnecessarily murky in Nigeria’s staunchly conservative society. Executed from a storytelling standpoint, centred on a Nollywood-esque scenario, Teni merges the heaviness of her chosen topic with whimsical songwriting, injecting a lively persona and employing Pop dalliances to subvert what would typically be expected to be a “serious” song. Even now, with the gift of hindsight, it feels a bit odd to deem “Fargin” a socially conscious song, but it does hold a mirror to society, something Teni has been casually doing in the last three years since.

‘WONDALAND’, Teni’s newly released, long-awaited debut album, is a document of stubborn joy and an unbending confidence that she’s walking the path that has always been meant for her. Again, much like the ethos that undergirds her musical inclinations, the album’s central attitude is the de rigeur of global Pop music, where superstars increasingly want to project conviction in the face of heightened scrutiny effected by the visibility and instant opinion-exchange characterised by a social media-dependent world. In Teni’s case, however, her circumstances are peculiar enough to make the results of her new LP far more significant and compelling than rote. She’s a plus-sized woman with a public happy-go-lucky charisma and distinct style that some might tag as tomboy-ish, traits that have been negatively tugged at even at her highest points.

Just as “Fargin” was giving an early boost to her career, she faced backlash for announcing that she was heavily involved in the songwriting process for Davido’s “Like Dat”, an ultra-catchy bop during the singer’s blistering 2017 run that would have been bigger than it was if not for Teni’s revelation and the subsequent release of “FIA”. During her magnificent 2018 breakout run, which produced seismic, inescapable hits that included “Askamaya”, “Case”, and “Uyo Meyo”, her image became a hot topic after a prominent journalist suggested that Teni would probably be better suited to a career in the shadows as a songwriter than as a wildly visible superstar.

Things compounded slightly in the last two years, marked by glaring inconsistencies in the quality of the music being released, and wavering public reception. ‘WONDALAND’ is not just a rebuttal to these snags, nor can it be viewed primarily as a return to form; if anything, it is a proper manifestation of the assured Pop star Teni has shown herself to be in stellar moments, albeit blown out to theatrical levels for emphasis. Obviously taking inspiration from the popular Disneyland theme park with its title, ‘WONDALAND’ was preceded by brightly hued graphics and a loveable rendering of Teni as glossy, blown-up doll. Along with its chart-topping second single, the Davido-assisted “FOR YOU”, those visual rollout cues set the perfect tone for a body of work that’s thematically vibrant and delightfully textured in its musical choices.

Right from the woozy woodwinds that opens the intro track, “MAJA”, Teni’s buoyancy on her debut LP is unsinkable, serving as the guiding compass for an album that mostly finds a balance between the tightrope walk of momentum and quality. More carousel than rollercoaster, ‘WONDALAND’ is made up exclusively of upbeat songs that simultaneously co-opts and subverts Afropop album tropes, resulting in music that’s familiar and uniquely refreshing. The album is underlined by a perpetual brightness, oscillating between sun-soaked moments and others lighted artificially, like a carousel ride at night.

While majority of its stock is in celebrating Teni’s confidence, the album’s gravitas comes from its sparse but substantial moments of introspection. On “MAJA”, Teni renders her famed bull-headedness into a rustic ballad, with her aunt reciting her Orìkí (individual panegyric in Yoruba) as a way of emphasising the self-belief she’s always had, and has been fostered by her family. Standout cut, “HUSTLE”, is Teni’s expression of the added pressure fame has brought to her feet, but she sounds far from paranoid or spiteful, choosing to espouse herself as her own main priority.

The most sentimental track, “DAD’S SONG”, finds Teni indulging in a one-sided conversation with her father, General Simeon Apata, who passed away when she was only 3-years old. Her performance on the song is no less triumphant, opting to view her dad as the guardian angel mediating and watching over her many successes. Remaining optimistic in the public eye has been Teni’s go-to superpower, but it has come at the price of properly representing the singer as a complex person, a detail that is significantly enhanced by these introspective moments. Ordinarily, “WĘRĘ” should be a perfunctory gospel-folk song, however within the album, it signifies Teni’s intentions of being an inspirational status symbol – a  far more wholesome portrait than being gawked at as a glitch from what is typically accepted in the superstardom matrix.

Craft-wise, ‘WONDALAND’ is excellently curated to focus on the singer’s Pop music credentials. Working primarily with producers Pheelz and P.Priime, with additional contributions from Tempoe and Ozedikus, the musical choices pulls from a multiple threads to create a sonic fabric as colourful as Joseph’s famed coat . There’s heavy shades of Highlife, Yoruba Folk and Igbo Folk, with echoes of House, Dancehall, and even Trap. In Afropop’s present where inspirations are mixed, matched and shored up by a variety of instantly recognisable percussion choices, this approach is far from novel, but it’s also impossible to downplay how delightful it all sounds, especially with the heavy reliance on live instrumentation.

At the centre of it is Teni, toying around with her subtly rangy tenor that can go from directly sweet to uniquely charismatic. On “FOR YOU”, adorned by a twitchy guitar riffs, dramatic piano strings and shoulder roll-inducing drums, her honeyed melodies aptly balances out Davido’s impassioned yelps, making for an instantly memorable duet. On the Amapiano-inflected “ON”, a snappy melody embellishes hooky lines like, “To ba s’ope ki n gbe, ma gbe/to ba s’ope ki n la, ma la” (“If you ask me to carry it, I’ll carry it/if you ask me to lick it, I’ll lick it”).

Which brings us to the sexual dynamics of the lust-driven cuts on the album, of which there are a handful. Teni completely sidesteps unwritten afropop rules on this album, singing from a position of either mutual attraction or as the shot shooter – the latter of which is mainly inhabited by men. Within this framework, the singer gets as explicit as she wants, sometimes even depicting scenarios that can be translated as queer situationships.

“I just wan see you next to me/you got the body of a goddess/one night with you is priceless”, she purrs on “INJURE ME”, shortly after referring to herself as a queen. On the evidently freestyled “100 METRES”, she sings playfully over gently smouldering Igbo Folk instrumentation, expressing how much she’s been taken by a love interest named Angelina. Across these flirtatious moments, she never for once pauses to explain anything concerning her sexuality, seemingly out of the lack of an urge to deal with anything that disturbs her from expressing herself with ease. In addition, it’s nobody’s business.

‘WONDALAND’ benefits from this sort of authoritativeness, casual, earned, and loud without being unnecessarily brash. “Abeggi make I no dey vex o/and if I talk, omo na threat o/and I no go show no mercy o”, she sings with a relaxed edge on the Ozedikus-produced standout, “MOSLADO”, revelling in an endearing and convincing sense of personal security. It’s a great encapsulation of the animated but singular mood of ‘WONDALAND’, where Teni interchanges between smiling, dancing, laughing, and strutting around with an infectious swagger, while adding the occasional knowing wink as a sign of comfort and supreme confidence in the parts of herself she’s chosen to share on her wonderful debut album.

ICYMI: TENI’S “FOR YOU” JUST SPENT ITS 5TH WEEK ATOP THE TURNTABLE TOP 50 CHARTS