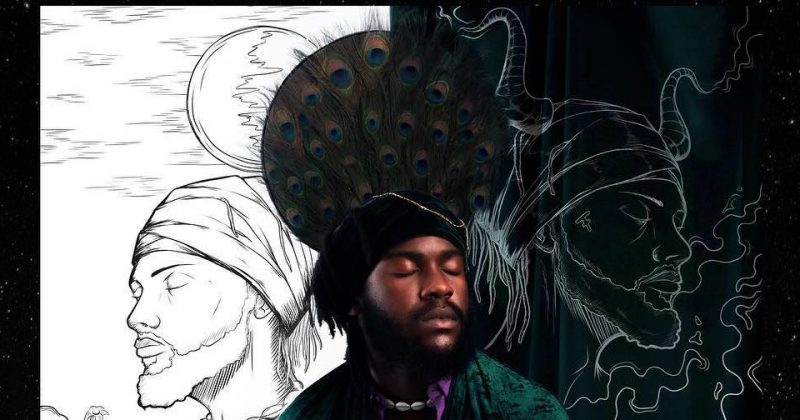 The main driving force behind Tay Iwar’s music is the raw emotion. The reclusive artist is something like an enigma, however, through his music, we are given insight to who he is and are left wanting more every time. Tay Iwar released his debut album, ‘Gemini’ exactly one year ago, and revisiting the project all this time later cements his status as one of the greats even further.

Tay is part of the latest generation of hitmakers who pulled themselves out of the Soundcloud halls and made it to the global stage. From his vocal range, to lyrical dexterity and impeccable ear, it’s not hard to imagine why. Tay’s experiences and sonic appeal, whilst portraying deep emotion and relationships on ‘Gemini’ leaves listeners intersecting between enjoying the music, whilst relating to the themes presented.

Each song on the 16-track Gemini is carefully crafted and excellently executed, and songs like the Odunsi-assisted “SUGARDADDY”, “DON’T KNOW” ft Sute Iwar and others stood out immediately the album dropped. Given this, choosing favourites was a bit difficult, however, to celebrate one year of his first release under Soulection, the NATIVE team has revisited the project to create a list of the best 5 songs.

One of the most upbeat songs on the album, the Santi and Preyé-assisted “Space” is a definite standout from ‘Gemini’. While still bedded by a mellow beat, the three explore the importance of getting some space in relationships and why they need it. While Tay handles the hook, Santi and Preye deliver very strong verses to paint the song’s narrative, while describing why their partners would struggle to leave them alone. Each artist brings their A-game, however, Preye undoubtedly steals the show with her layered verse and impeccable vocal delivery.

With one of the most memorable lines from the past year – ‘I fell in love with you and almost died’ – “Monica” probably has the best song openers of all time. On this track, Tay highlights the toxicity of modern relationships, as he croons about a past lover who left him worse off than they first met. Over the drum-led beat laced with hypnotic guitar riffs, we find out about the mysterious ‘Monica’, who due to the loss of an important family member, has trouble giving and receiving love.

Our lover boy, Tay, recognises his lover’s demons, and still wants to be there for her because he empathises with her pain, however, his demons creep up on him and this results in panic and anxiety due to his own childhood trauma. It’s very rare to see Nigerian men reach this level of depth, and the relatability for both men and women is what makes this song one of the album’s standouts.

Listening back to the album, some of the deep cuts sound even better than they did the first time around. At this point when music is serving as a form of grounding for those who are unsettled, “Keeps” is one of the best songs to listen to. With pure vibes, and Tay’s smooth vocal delivery, it makes for the perfect song to wind down after a long day (of staying at home), while you scroll through the ‘gram and put one in the air. Produced by Tay himself, the drum-led mellow beat makes the song what it is, making the perfect bedding for the singer to reflect on a past situation with a doubting lover, who he reassures that he’s ‘playing for keeps’.

One of the more familiar songs on the project, “Call U” was first released as loose track on Fridaycruise’s Soundcloud just before ‘Gemini’ was release. This whole album is perfect bedroom music, and Tay Iwar seems to know how to manouvre this really well throughout the album, and this makes “Call U” the perfect closing track. For the entire minute and a half of,  he only strings together 5 phrases over somber piano chords, capturing his lustful plea for some sexy time. Singing “Can I call you? In the morning/ When I call you/ Don’t be sleeping/ Come to me”, he’s assertive and demands his lover’s attention, all while still being effortlessly charming.

In 2018, Tay first gave us a taste of his debut album with a 3-track collection titled ‘1997’. On “Miracle Girl”, the final song off ‘1997’, Tay performs a Prince-like hollering over glassy acoustic guitars, while he personified the ecstatic feeling of great sex with an unnamed lover the night before. Tay includes “Miracle Girl” as one of the last songs on ‘Gemini’ to suit the mood the album had created in all the other tracks. The guitar-led backing beat leaves room for his smooth vocals to shine, and makes for the perfect serenade while the urge to recreate his feeling erupts in listeners… especially now!

ICYMI: Here’s how Rema changed the afropop game in only one year

0000
Previous Article Essentials: Oxlade debut project, ‘Oxygen’, is everything we expected it to be