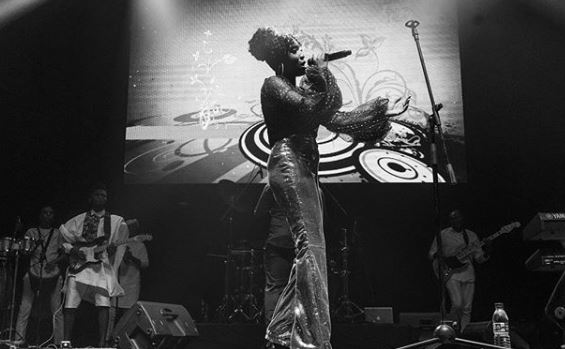 It’s been three years since Aramide’s debut album, ‘Suitcase’, and although she hasn’t exactly looked like she’s dropping a new LP anytime soon, her occasional string of new singles and lauded stage acumen has kept her name firmly in the mix. After opening the year with her “I Don’t Mind” single and making a guest appearance on Boogey & Paybac’s ‘Alternate Ending’, the singer picked up the distinguished achievement of being inducted into the Recording Academy’s governance board in June, later dropping her first live album, named after a recent headlining concert, ‘Songsversation With Aramide, Vol. 1’.

For her latest act, she features heavyweight rapper Reminisce on her latest song, “Baba Abule”. While SizzlePro’s Yoruba Folk-indebted is brightly layered, Aramide unfolds a dour narrative about repelling the advances of a suitor she plainly deems to be trouble. “Baba abule ma ba mi s’oro ife mo (Don’t talk to me about love anymore, mister)”, she sternly sings on the hook, after relaying her apprehensions on the first verse. Although she remains resolute with her decision, Reminisce still gets off his affectionate raps, going into his Lothario bag for a bunch of lines packed with sweet nothings.

ICYMI: LET ARAMIDE’S “MAGIC” TAKE YOU TO A HAPPY PLACE

Next Article Tide recounts a captivating tale of love and betrayal on new single, “No Lie”