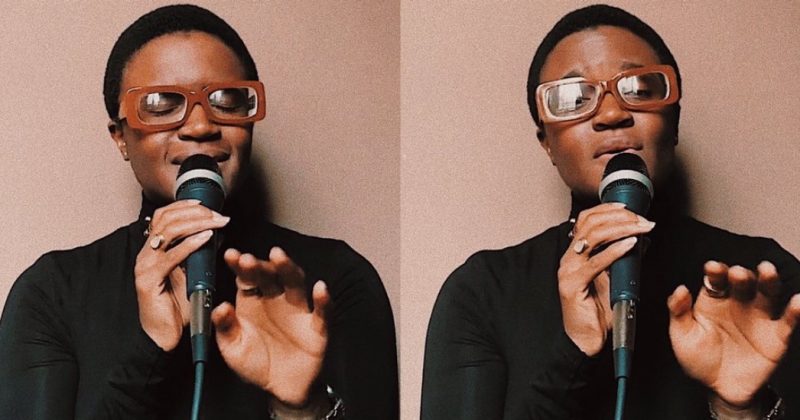 Thanks to the world-imposed inside life we’re all experiencing right now, we have now become heavily reliant on the internet as a source of entertainment to wade off the anxieties from the pandemic news cycle. Instagram Live sessions and apps like Zoom and Houseparty have become the latest trend, giving us close access to each other. As a result, artists have become more accessible, as they skip the middlemen, and connect directly to listeners via social media.

Just last week we found out Santi is feeding us with new music this month, Tems also revealed she has an EP in the works and played some singles for eager fans on her Instagram  Live. Now, it seems like we’re getting some new music from our favourite Ghanaian pop princess, Amaarae who announced via an Instagram Live on Sunday that she will be releasing her debut album sometime this year.

This was shortly after she teamed up with Burberry to play us a bunch of her old and new singles, and performed six pitched-down, chopped-and-screwed-esque tracks for the #BSeries including her tracks “LIKE IT”, “Spend Some Time” and “Happy Mistakes”. In addition, she also performed never-heard-before tracks such as “Jumping Ship” and “Leave Me Alone” which from the performance, we’re hoping will be included on the EP.

Both tracks showed Amaarae experimenting with her sound, and sprinkling some of her familiar sonic fusion dust on synth-inflected bops, where she crooned about toying with the idea of infidelity in a relationship and pleads with the haters and naysers to leave her alone. The new album will serve as a follow up to her 2017 EP ‘Passionfruit Summers’ and from the looks of it, she’s come full circle and cemented herself in the center of neo-R&B conversations just like we predicted then.

We can’t wait to see what she cooks up!

In the meantime, catch her Burberry performance here:

Next Article Best New Music: L.O.S are sensitive thugs on the Genio-produced “Emotionz”