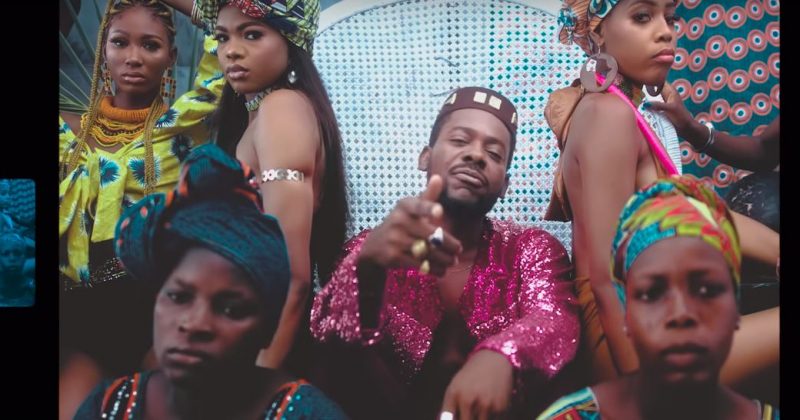 Adekunle Gold’s attention to delivering captivating visuals for his music might be the result of his graphic design background, but it has certainly helped shaped his music career as an art appreciating artist. His latest release, “Kelegbbe Megbe”, comes with a fashionably aesthetic video that marks his proper, full-colour re-entry into the world at large after last year’s ‘About 30’ album and his romantic “Before You Wake Up” debut for 2019.

“Kelegbe Medgbe” is a return to his folky introspection, offering words of wisdom to listeners over a lightweight beat Sess produces to the ambient swing of synths, horns, percussion, traditional drum riffs and rattling samples. The video Clarence Peters directs highlights Adekunle Gold’s return, older and bolder, surrounded by beautiful African women, print fabric designs and lip-synching his lyrics confidently, “Mi o ran anybody mo (I don’t care what anyone thinks anymore)”. Though nothing has been said about a coming project, the video painstakingly introduces viewers to Adekunle Gold’s world of glitter, fabric prints, beautiful women and high fashion. It’s a place of passion and imagination, and it’s exactly the kind of Adekunle Gold we were hoping would return.

Next Article Reminisce collaborates with Niniola on new single, “Jensimi”