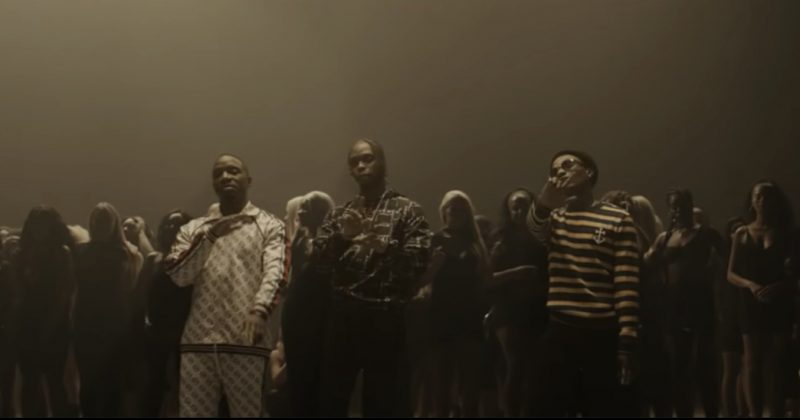 Earlier this year, Tiwa Savage signed a recording with Universal Music Group under which she released her single “49-99” which has now grossed over 5 million Youtube views since its release. The afropop superstar now joins as the latest guest to explain the meaning of the song’s lyrics on Genius’ show, Verified.

During the video, Tiwa shows she has a serious side from the glamorous looks in her music videos as she reveals that she is a double degree holder. “49-99”, which is produced by Pheelz and co-written by Tiwa Savage and Olamide, is a termed coined by Afrobeat legend Fela Kuti in his song “Shuffering and Shmiling”. It refers to the poor economic system in Nigeria and the constant hustle to get to the top.

UK duo, Krept and Konan are on the verge of releasing their second studio album ‘Revenge is Sweet’. Last week, they released a new single “G Love” which featured Afropop superstar, Wizkid. Now the accompanying music video for the song has been released which features all three artists delivering their verses in front of women beautifully clad in black. The video is simple at best, but we get to see varying shots of Wizkid and that’s more than enough for us.

Xavier Omär and Seattle based producer, Sango link up for their second collaboration on new album titled ‘Moments Spent Loving You’, a follow up to their 2016 joint mixtape ‘Hours Spent Loving You’. They both link up with Nigerian artists,  rapper Wale and the Nigerian-American duo Vanjess which we first heard about on Lady Donli’s single “Corner”. In the brightly coloured music video directed by Aya Tanimura, Xavier Omär can be seen wandering a house waiting for his lover to return, he looks out the window to find VanJess sunbathing in the backyard.

Dubai-based artist, Zirra released a project last week titled ‘Positivity Only’ to mark 10 years of making music. He has now released the video for one of the pre-released singles “In the Mood”. Set on the white sandy beach, the music video includes clips of Zirra with his love interest. The only thing missing is Santi, who is absent for his verse but this is subsided with video clips of Zirra and his friends having a good time.

British-Nigerian actor, DJ and musician Idris Elba links up with Ghanaian artist Sarkodie and Donae’O for the music video to their single “Party & Bulls#!t”. The music video directed by Capone and Guise, is set in a lively neon-splattered house party. Although the single misses the mark to becoming a memorable song with replay value, we can still appreciate the effort put into the colourful music video.

Tyler, the Creator – “I THINK”

Tyler the Creator has made a name for himself, owing to his weird and wonderfully creative music videos and incredible wit. He’s just released the music video to “I THINK” one of the singles from his latest self-produced project ‘IGOR’.

In the fraction of the music video made available on his YouTube page, Tyler the Creator is seen in the male’s public restroom in a nightclub clad in his infamous, and pushed right into an ongoing fight scene. He makes his way through the crowd, elbowing everyone in the way to catch up to a potential love interest. We also get to see to see members of his former group, OFWGTA.