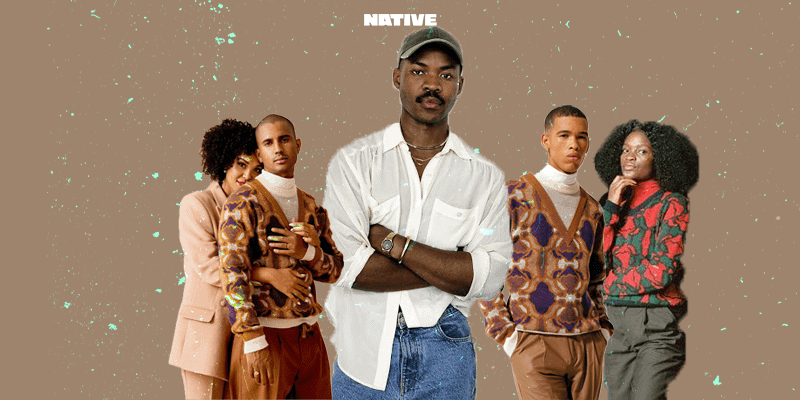 SA to the world

Earlier this year, the semi-finals of the prestigious fashion award, LVMH Prize took place calling on designers from all over the world. Twenty young designers were selected from a large crop of designers from countries including Nigeria, South Africa, China, and more. After much deliberation including a new public selection process, nine final designers were shortlisted for the award including South Africa’s Lukhanyo Mdingi. A young designer with an effervescent unisex brand at the heart of Cape Town, Mdingi has now emerged a winner, honoured with the 2021 Karl Lagerfeld Prize alongside Kidsuper and Rui Zhou.

Mdingi has more than earned his stripes within the global fashion industry, given that he debuted at the New York Fashion Week (NYFW) back in 2019 and is among the Council of Fashion Designers of America (CFDA) men’s fashion week. However, winning this first-time award from the prestigious LVMH group adds a new spring to his step as his small Black African-owned brand makes a play for the world stage. Mdingi doesn’t take this moment for granted, in fact, he’s been slowly edging towards recognition like this for quite some time and admits that winning LVMH would afford him “time to think and not operate on survival mode”.

“We applied [for the LVMH prize] in January and we only heard in March so, in my head, I was thinking, damn okay so maybe we didn’t make it.”

Lukhanyo’s eponymous brand has been around since 2015. After graduating from the Cape Peninsula University of Technology for fashion design that year, a young Mdingi made his entry into high fashion with a standout thesis collection and a revered nod from ELLE’s Rising Star Design Award. His outstanding menswear designs shed a new perspective on contemporary African menswear fashion and quickly distinguished the rising designer as one to watch. “It’s been a steady and gradual rise since then and it’s has been really good because we’ve had the opportunity to solidify certain aspects of our foundation to make them a lot stronger to prepare us for opportunities such as those we enjoy now,” Mdingi shared with me back in May.

Over the years, he’s been able to sustain this momentum by focusing on the importance of community and strengthening the bonds with our local community. Mdingi admits that, as a small Black African brand, many of their design and production processes are outsourced to various members of the fashion scene, both at home and in the diaspora. As a result of this, the East London-native shares that he’s unable to qualify the brand through a singular lens. Due to the many hands involved in the process, the Lukhanyo Mdingi brand champions true inclusion, taking on the styles, thoughts, ideas and brainpower of a multi-faceted community all nurtured by him.

“Whether it’s through development or manufacturers or art maker, each person’s contribution has been invaluable to the brand. I think that’s a huge part of the brand: nurturing the human relationships that we eventually need to persevere and reach our potential.”

Back in 2019, one of his peers in the fashion industry, Thebe Magugu bagged the LVMH Prize, a moment in the history books for the fashion landscape in South Africa and indeed the rest of Africa at large. Mdingi details that key moments such as this have birthed the present glory that he and many of his peers challenging the old guard now enjoy within the continent.  “Seeing those that look like us within certain key roles or roles that haven’t been represented in the past, it really is quite unexplainable. It’s very important and it brings about a different kind of thinking within these platforms and teaches so many others that you can make it with your talent,” he tells me, agreeing that watching on of our own achieve the heights we were taught weren’t attainable to us is a marker of what we can achieve when we’re all united on a singular goal.

With this in mind, Mdingi is ready for the next step. He’s been working on a new collection, one that he’s taken his time (a record eight months) to fine-tune and build from the ground up and now. With the increased visibility he now enjoys from the LVMH nod and now win, Lukhanyo Mdingi is looking to up the ante and set a new bar for the fashion industry in South Africa.

For a small Black-owned brand, this moment is nothing short of inspiring. These wins for African designers are made even more special by the collective efforts of consumers in the past year, as we rally behind and support the talents from these parts, including brands such as Kai Collective and Hanifa. Mdingi’s guiding ethos is that “the power of the collective is far stronger and better than the singular,” and it’s this that drives his spirit and that of his brand.