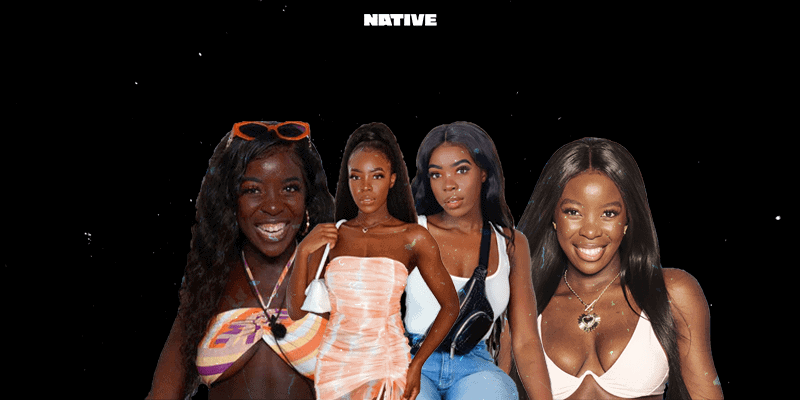 Get To Know FreeBornNoble, the first-ever Black hair vendor on Love Island UK

This week, after months of tuning unto our television screens to watch the sizzling romance between hot singles, the seventh season of the Love Island UK franchise came to an end. Contestants, Millie and Liam may have had all the attention on them as this season’s official winners, however, it’s clear that everyone’s also raving about runner-up Kaz Kamwi and her man, Tyler who have become one of the season’s favourites.

The finale is memorable for a number of reasons. Firstly, an all-Black couple had made it to the season finale, a novel occurrence in the show’s 6-year history. Kaz’s appearance all through to the finale also stoked the embers of another popular conversation on the reality dating show as many debated and discussed her hair which was mostly worn in a wig or a bonnet for the entire season.

Over the past few iterations of the show, Black women have come and gone without much care and protection provided for their natural hair or their silky human hair bundles. Instead, Black women’s hair has oftentimes become the butt of many jokes as viewers have consistently teased their leave outs, the wig choices or their lack of proper maintenance. Well, this year, that seems to have changed as the Love Island producers contracted the show’s first-ever Black hairstylist: FreeBornNoble wigs.

@LoveIsland hired a black owned business @freebornnoblew to be a part of the team providing hair extensions and wigs on love Island season 7 !!! I can only thank God for this amazing opportunity. Roll on 9PM 🎉 one of @kazkamwi units she will be rocking in the villa. pic.twitter.com/Vjk14pVYAf

FreeNobleBorn Hair and Wigs is an Irish hairstyling company based in Dublin which specialises in the highest grade of virgin human hair extensions, lace systems, hand and machine-made wigs. According to the company’s slogan ‘Creates with Desire’, each unit is slayed to perfection for the individual wearer with an aim to create hair that is both healthy and fabulous. The Irish company has gained a reputation for selling and using responsibly sourced virgin hair.

Though this will be the company’s first time sourcing hair for an entire season, it won’t be the first time that Camillat Mashaun, the 27-year-old Black founder of FreeBornNoble will work with Love Island. According to the brand’s Twitter account, they came to the rescue of fellow Irish Love Islander, Yewande Biala during the show’s season five.

Apart from selling the best quality of products, FreeNobleBorn also ensures that they are fully involved with the distribution of the hair all the way from the production process to the retail level to its final consumer. FreeBornNoble does not only make or produce the wigs but also sells products that assist in hair maintenance and educating the clients on the best ways to ensure the wigs last longer and remain in the best condition. They make available affordable hair products to push the initiative of getting the best out of your hair. The Black-owned hair company occasionally holds seminars and masterclasses to teach people how to get more acquainted with their wigs by learning how to colour, style, make and adjust their wigs. It seems that the producers are finally paying attention to their Black audience and contestants for a change.

In ITV’s efforts to become more diverse, they have contracted a Black hair vendor capable of ensuring that its Black islanders are also taken care of and complemented as much as their white counterparts. With all these put in place, ITV still has a long way to go but it hasn’t always been the case. Contracting FreeBornNoble for the entire season was definitely a step in the right direction, however, the show still has a long way to go to create an environment in its challenges that isn’t unwelcoming to Black hair.

A post shared by “We Create With Desire” ~ FBN (@freebornnoblehairnwigs)