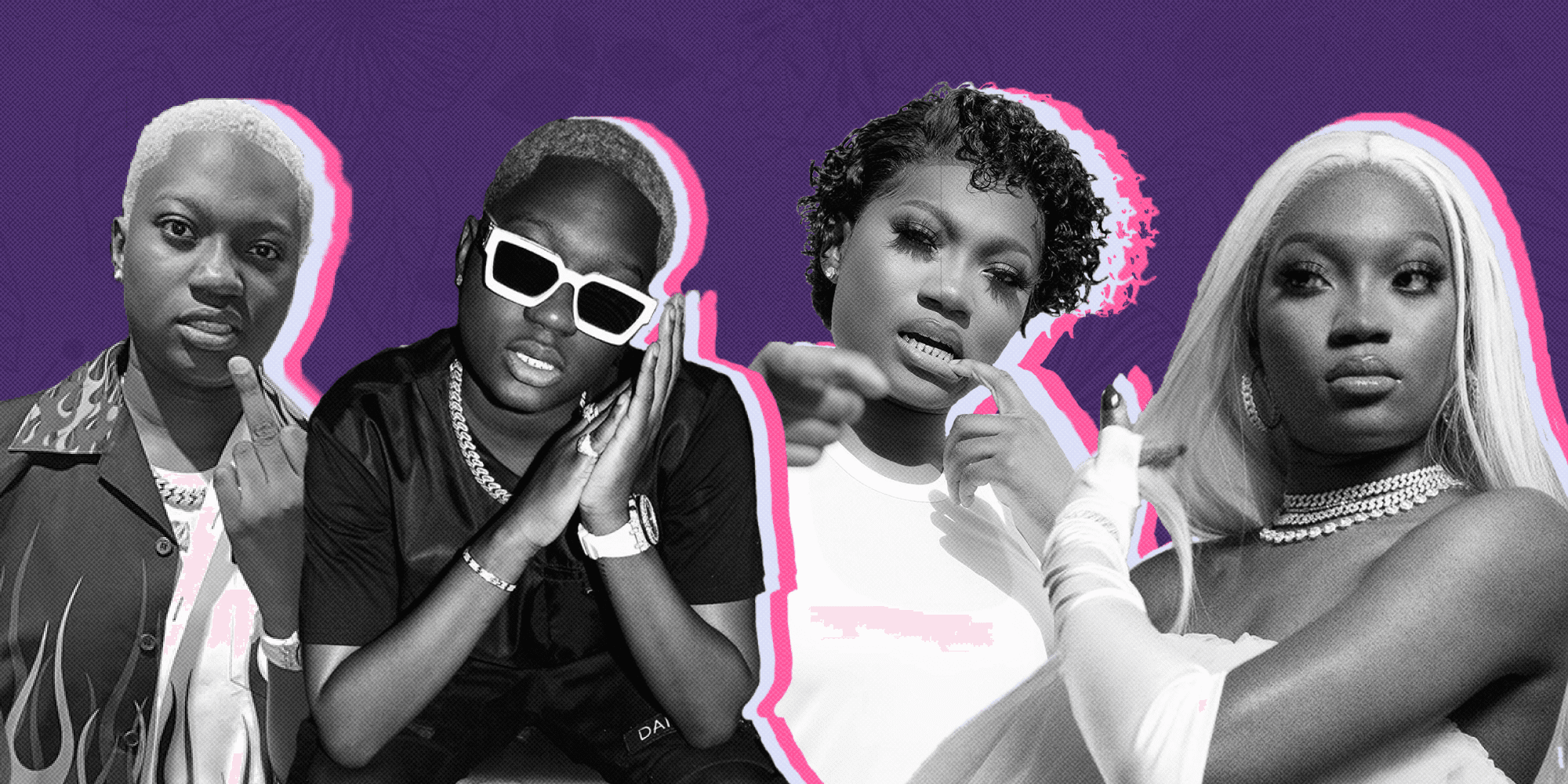 NATIVE Exclusive: With Darkoo, you always get twice as much

Darkoo’s breakout single, “Gangsta” was one of those songs that you heard all the time, everywhere. The earworm track went viral on social media, accompanied by a dance that seemed to catch on all over the UK, Nigeria and Ghana, and now, two years later, she’s garnered over 24 million listens. It’s almost impossible that you haven’t heard the One Acen-assisted banger, and since then, with each following release, she has doubled down on gaining even more of our attention.

However, there’s a slight chance we might have missed out on all of this, as while she was growing up in Nigeria, Darkoo found her first love with football. She tells me via Zoom from her apartment in Ghana that music was never really a dream for her, it was football she spent most of her time dreaming about. As a young girl, she was cheered on by her supportive dad who wished for her to take the sport seriously so she could play professionally, however, when 13-year-old Darkoo began at an all-girls secondary school in the UK, she soon found herself growing out of those dreams. It was at this time she began to embrace more music and fashion like her peers, explaining how a fated meeting with a trusted friend led to several paid studio sessions which helped her develop her passion for music.

Darkoo who was raised on a musical diet of Wande Coal, Wizkid, Michael Jackson, Rihanna, and more, began nurturing her passion for an eclectic mix of music ranging from Afropop to R&B, Pop, Rap and more. Having moved between Nigerian and the United Kingdom for most of her life, Darko began mixing elements of both rich cultures, making use of the distinct nuances from these two places which suit her music style. The singer tells me that she tries to strike a balance in her music, stating that “Gangsta” is probably the best representation of both her homes. “The detail is in the way in which I say certain words. It’s a bit like an English slang, but the way in which I’ll say the word will be so African” she tells me.

The sweet spot with Darkoo’s music seems to be that the Nigerian singer is able to consistently meet the increased demand from today’s listeners to provide something different, bold, boundary-pushing, and above all, authentic. As much as what we’re hearing is the pull to the talented singer, what we get to see is just as important, because she’s constantly communicating through her aesthetic.

Her Instagram bio reads “2 in 1”, and she adeptly works to show this through her androgynous and feminine sides. On the one end, she’s able to blend seamlessly with the guys, rocking her blonde low cut and a baggy tee while throwing up gang signs in her latest video, while on the polar opposite end, you’ll also see her clad in the bodycon dress with the killer weave and makeup.

“I’ve always played both personas. I’m not even trying to push anything I would say, but just to just show that I’m comfortable with both sides of me and I can be what I wanna be when I wanna be it”.

Since her breakout single “Gangsta”, she’s shown her ease at slipping between both personas and boldly exists in an industry where women are still constricted by their appearances and conventional standards of beauty, and it’s amazing to see her consistently raise a middle finger to these archaic rules. Her inspiringly firm sense of identity continues to inform the path that she’s forging in the industry, one where she’s allowed to exist on her own terms and in her own time.

“People always say fake it till you make it. But at the end of the day, there’s something about an artist that is just really themself. You’re more than allowed to do what you want to do.”

All this has culminated in the fame and success that the Nigerian-born, south London-raised ­singer-rapper now enjoys today. Recently, the singer just released her first official release for the new year, the mid-tempo romantic number titled “Pick Up” which finds her putting her unique twist on vulnerability in romantic relationships. The release of the new single is said to whet fans appetites ahead of the forthcoming debut project release and is said to be “a bit more heartfelt,” than many of her earlier singles releases.

“Everything I write is from the heart and from personal experiences, but you know, with “Pick Up”, things felt different,” she tells me. Darkoo explains how she had to strip down her walls and expose her vulnerability with this new release, which is typically unfamiliar to her because of her focus on the up-tempo Afro-swing club bangers. This song seeks to reflect the common theme of getting your heart broken after letting your guard down in a romantic relationship. Although Darkoo goes the entire length of the song on her own, even going as far as paying both sides of the heartbreaker and the heartbroken in the song’s vibrant music video, she tells me that she’s also excited for the future of Afropop and about collaborating with different artists in the future including women like Tems and Tiwa Savage.

With all the fanfare surrounding the new year, Darkoo occupies a refreshing space in the industry setting herself apart with a unique and playful groove, which has marked her as one to watch. As part of a new generation of female artists putting lyrics to our infinite moods, it’s clear that Darkoo is here to shake tables and flip the narrative of what it means to break barriers as a female artist. She’s forging her own path, one piece of the mosaic at a time and it’s clear that her defining ethos is simple enough to get her ahead – work hard, and play harder.

Stream “Pick Up” below.