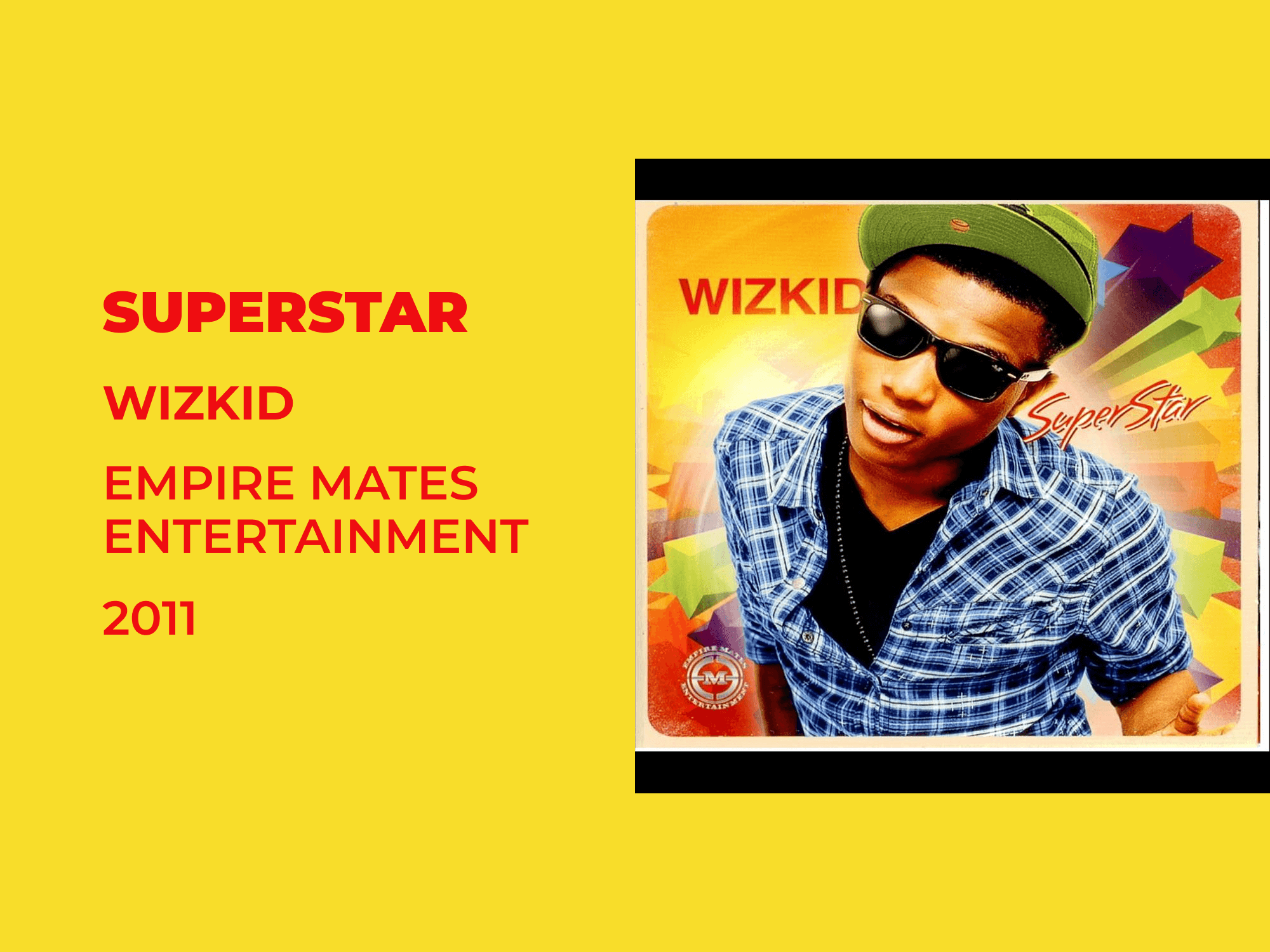 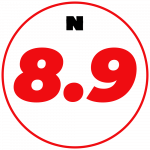 When Banky W returned to Nigeria from the United States of America in 2009, he went about his music operation like a mob boss. With smoky videos, dark shades, trench coats, and an almost-impenetrable veneer, Banky seemed determined to reform the soundscape of Lagos with his silky R&B-influenced cuts and larger than life personality. To complete his vision of dominance, Banky W set about building one of the most formidable faculty in the music business at the time: in came Niyola, Shaydee, Skales, and, fatefully, Wizkid. It was time to conquer the zeitgeist. Thankfully, at that exact moment, Nigerian music was undergoing a silent evolution; the heads of Mo’Hits were travelling across the world, pushing for afropop’s global  recognition; P’Square, still formidable, were already showing signs of the rancour that would ultimately lead to their split; and 2Face was stuck in creative purgatory as the chill reaction to The Unstoppable proved. All these opened a vacuum at the top for a musician who could merge pop relatability with a magnetic presence for the new generation of listeners who were looking out for someone to reflect their desires, tastes and lived experiences on wax.

Two days into 2010, Wizkid made his mark with “Holla At Your Boy,” a sunny, joyous pick-up hit that became an ubiquitous presence on radio and TV. Sporting his then-signature plaid shirts and jeans in the video for the single, Wizkid’s boyish charms eased the song about teenage romance into the mind of boys and girls across the country, instantly making him a cult hero. Being young was an added advantage for Ayodeji Balogun, as almost every Nigerian music superstar that arrived before Wizkid came on the scene fully-formed or at least with visible signs of the years spent trying to get to that pinnacle. Wizkid coming into the industry that early, made his connection with the crop of young listeners more genuine, laying the foundation for that fandom which we have seen mutate into a stan base over a decade later.

With each month that passed in 2010, Wizkid acquired copious cultural relevance and acclaim for his warm melodies and easy smile, and with the social media revolution penetrating Nigeria at precisely that time, his come-up was truly felt on a national scale. What truly endeared Wizkid to the Nigerian audience was his insouciant streak, in his hands, disparate threads of musical history –  R&B, rap, reggae, and Fuji – were woven into a tapestry of sounds that seemed uniquely tailored for that specific moment in national history. The crystallization of Wizkid’s late teenage carefreeness was captured on his debut album, Superstar.

Coming more than one year after “Holla At Your Boy”, Superstar arrived with Wizkid established as a veritable superstar. The project explored the juxtaposition of his new position as an entree into the pantheon of Nigerian pop icons and life in the pre-Wizkid years. Clearly revelling in the attention and opulence that his success brought, Wizkid started the album in defiant fashion. “Say My Name” was a recognition of his position at the center of the new order and a promise to stretch his reach to the end of the world. Even lines about his prolificity are delivered mellifluously: “I keep pushing on, I no retire o/Till the day I die I’m on fire.”

While “Say My Name” was inspired by plans for the future, the song that followed it, “No Lele,” was a wispy look at the past and the experiences that shaped him. Born into a polygamous family and raised in and around the zanga, Wizkid’s worldview seemed to have been shaped by the disappointment and rejection that’s common in such situations all over the world. Memories of that disappointment spilled into “No Lele”, where he sings about making it against the odds and delivering the now-iconic line, “my music travel no visa.” Recognition where he was once rejected also provides fuel for his cathartic singing on “No Lele” as he quipped about being called the one in his ghetto. The same impulses that birthed “No Lele” produced “Oluwa Lo Ni”, where Wizkid hopped from thankfulness for making it in the ghetto to taking aim at hanger-ons taking the plaudits for his success.

Still, for all the personal gratification that success in his ghetto brought, Wizkid was being primed for mainstream success in the part of Nigeria that was not populated by ghettos. Part of the reasons his crossover appeal was successful was the sense of suaveness that Wizkid’s association with Banky W conferred on him. Art primarily reflects society, and Superstar, in some places, followed the formulaic narrative that the moneyed-up raps of M.I’s  MI2: The Movie and Naeto C’s Super C Season set as the  de-facto sound of pop that year. “Gidi Girl” was a classic R&B/hip-hop fusion even if Wizkid delivered both narrative and pathos on the song, mirroring the collapse of both genres into one another in the years to come. It’s a serviceable track that has become a cult classic in certain circles in the years since the album’s release but at that time it was the sort of “clean” songs that many parents would let their young wards listen to.

In many ways, girls are the central theme of Superstar. Wizkid croons about his attraction to them, pleads his case, and muses about their effect on them. Wizkid’s silver-toned voice and the playfulness just beneath his vocals makes the songs exciting enough to blast on cool afternoons. On “Love My Baby,” he makes the most grandiose promises,  promising to treat his lover right. Many Nigerian songs before Wizkid’s songs were premised on women and affection also but, as with most of his earliest works, Wizkid’s interpretations of young love brought those songs into the modern era, accessorising songs about love  with pointedly carnal lyrics and code speak that delighted the growing millennial generation he was speaking to.

For all of Banky W’s careful curation of Wizkid’s persona and his musical content, the singer was still a product of a Yoruba family raised in Surulere in the late ‘90s to early 2000s. This certainly meant  a certain proximity to the music of Fuji modernizers like King Wasiu Ayinde Marshall, KS1 Malaika, and Saheed Osupa, and you can hear the influences in the music.  “Pakurumo” found him melding the jubilant, polyrhythmic base of Fuji music with the cadence of modern pop music; it’s a masterpiece of rowdiness and chaos as Wizkid hops from the hedonistic to the political over the cheery instrumental, ending with the name-calling that makes Fuji a fizzing genre.

Long before he descended to a figure of scorn and bewilderment, Samklef was one of Nigerian music’s most inventive producers and despite just getting six production credits on Superstar, his essence is felt over the album even on songs where he is not credited. The most urgent songs on Superstar that add variety to Wizkid’s arsenal are a product of his forward-thinking dalliance with Samklef. “Slow Whine” is a clear-eyed pronunciation of what a typical Wizkid record would sound like as he grew into his stardom, turbo-charged with a delightful Banky W verse. Strategically placed near the center of the project, “Tease Me/Bad Guy” another Samklef placement, showed the sort of bombastic pop that would make Wizkid an ubiquitous presence on the chart in the two years that followed Superstar when he sauntered from song to song dishing out landmark-shifting verses to peers and elders.

It also helps to think of Superstar as Wizkid’s full-fledged E.M.E album; almost a quarter of the songs have a reference of sorts to the label that powered Wizkid’s rise to prominence, some songs are a swearing of his fealty while others are just glib, passing shoutouts. It works magnificently on “What You Wanna Do,” Wizkid lets us into the mechanics of a night out on the town and they involve him, Banky W, and Skales being in the building together and having as much fun as possible while songs from the label are on full blast. “E.M.E Boyz”, however,  an alternate cut of “E.M.E” does not possess the same je ne sai quoi – the flows are rigid and there’s no nexus between Wizkid and his guests even if Masterkraft’s beat rises to the occasion.

The sequencing on Superstar is at best frenzied, moving rapidly  between themes and ideas before building on them sufficiently but, in the middle of 2011, it worked partly because of Wizkid’s pull and the sheer anticipation for the album. Thematically, the only part of the album that stays consistent is its final quarter, capturing Wizkid at his most rhythmically adventurous as he crafted songs of loyalty and hedonism, hopping from a hard-hitting collaboration with Wande Coal (“For Me”) to the centerpiece of the project, “Wad Up.” If there was ever a quintessential grace-to-grace song on the album, it was this song that found Wizkid and D’Prince in inspired form; still melodious, Wizkid’s voice acquires a gloomy hue to reflect the seriousness of his misgiving about being underrated while D’Prince’s verse cut to the heart of his own personal tensions. Superstardom can be a very lonesome road and near its end, the album became about the people who make that road for Wizkid as he makes a series of dedication to his friends on “Shout Out,” bigging up pivotal figures like Banky W, Wande Coal, then-manager Osagie Osarenz, Ayo Banks, and Rotimi Rudeboy.

Superstar isn’t a concept album, but it does a good job of capturing the life of a 20-year-old in the thick of his visible and excitable upward mobility. Across 17 songs, Wizkid stretches his voice, singing about his grind, seeing the world, talking to his famous crushes, and winning the respect of all those who doubted him. He is clearly delighting in it but recounting it with clear-eyed sobriety. 10 years after, there is no album like Superstar. Wizkid was not necessarily interested in breaking down the thought process for his romantic affectations as he did so eloquently on last year’s Made In Lagos, in a fatalistic sense, it was an album moved by lust and a sneering sense of achievement that arrived at the perfect moment in the perfect city.

Almost every year since Superstar came, artists have come who appear to be projections of Wizkid, trying to conjure the nostalgia of songs like “Scatter The Floor” and “Don’t Dull – a fool’s errand. A  lot of those songs are locked in a time capsule that is no longer accessible, perhaps even to the creator of the songs himself, but we are still saying Wizkid’s name ten years later, just like the first song on the album predicted.

MADE IN LAGOS, SET FOR GLORY