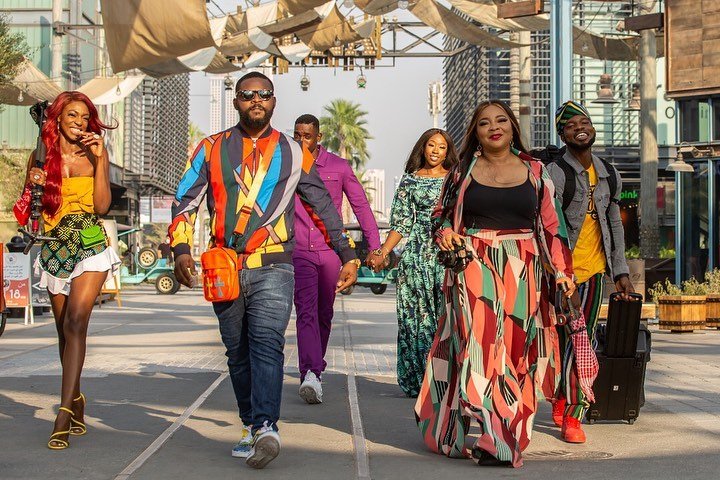 A new drama comedy to open the coming year

As we are headed into the festive season it’s always great to enjoy movies that fill your belly with laughter and humor, which is why EbonyLife, in partnership with Netflix, has announced the sequel to its 2018 box office hit  “Chief Daddy.” Production for the film began back in May, completed a few months later and is set to debut on 1st of January 2022 exclusively on Netflix.

Gaining widespread viewership as one of the first Nollywood films to make its way to Netflix, the upcoming sequel comes with the typical anticipation Nigerian audiences have for comedy drama films. Filmed between Lagos and Dubai, “Chief Daddy 2” is directed by Niki Akinmolayan, and the star-studded cast is filled with top notch Nollywood actors such as Nkem Owoh, Patience Ozokwo, Shaffy Bello, Joke Silva, Funke Akindele, Beverly Osi,Falz, Broda Shaggi, Ini Edo, Dakore Egbuson and many more.

Sharing the announcement for “Chief Daddy 2” and promotional images via social media, EbonyLife CEO Mo Abudu thanked everyone involved in bringing the film to life. In the caption for the Instagram post, she shared: “Well it’s now officially a wrap on Chief Daddy 2, from Lagos to Dubai with love ❤️❤️💃💃. I would like to take this opportunity to thank everyone that has been involved in the making of Chief Daddy 2 – our writers, our super star studded cast, our darling of a director, our producers, our DOP, our super duper crew in Lagos and Dubai and last but not least, my thanks and appreciation to Dubai Tourism for partnering with us on the Dubai leg of Chief Daddy 2.”

The first film was centred around a wealthy billionaire, Chief Beecroft, who goes by the nickname Chief Daddy. With his lavish lifestyle and good natured attributes, he is known to be generous with his wealth among his overwhelmingly large family, but as soon as he faces his deathbed things take a 180 and  turn awry in the family. With the release of Chief Daddy 2, viewers can’t wait to see the new twists and turns tailored to keep us engaged.