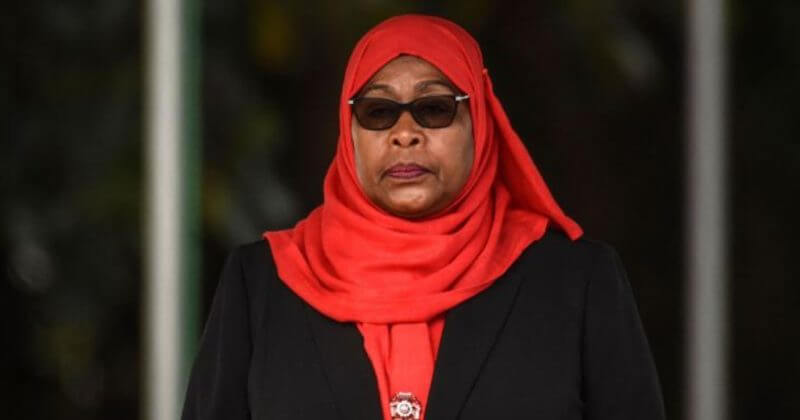 Tanzania has a new president. Today, the country swore in their first female president, Samia Suluhu Hassan after the untimely death of her controversial predecessor, the late John Magufuli. Hassan, who formerly served as the country’s Vice President since she took the position back in 2015, is a strong  candidate, who has served her country for many years in other political capacities including Minister for Tourism, trade and Investment in Zanzibar and a Minister of Youth Employment, Women and Children Development.

According to reports, Hassan announced the death of Magufuli, age 61, in a televised address Wednesday in which she said he “died of a heart ailment that he has battled for over 10 years”. Prior to his death, the late president had not been seen in public since February 27, according to CNN and it is said that under his rule, Tanzania, one of Africa’s most populous countries, home to over 60 million people, made no efforts to obtain vaccines or promote the use of masks and social distancing to combat the virus.

Hassan will complete her predecessor’s term which began in October and under the country’s constitution, she will serve the remainder of his second five-year term, which does not expire until 2025. Although the circumstances of her taking the presidency are mournful, there is no denying that her new position as the country’s president will be a groundbreaking one as she joins the ranks of female presidents within the continent, of which there are far and few between.

Having studied Statistics at tertiary level, Hassan began working for the government soon after her graduation in the Ministry of Planning and Development. She then attended the University of Manchester for her postgraduate degree studies in Economics. Not long after, in 2015, she earned a master’s degree in community economic development through a joint program between the Open University of Tanzania and Southern New Hampshire University in the U.S. By 2000, she was working full-time in politics, becoming a member of the country’s House of Representatives at the time.

In 2014, she was then appointed a Cabinet minister and became vice-chairperson of the Constituent Assembly that drafted a new constitution for Tanzania before her appointment as Vice-President in 2015 by Magufuli. Hassan’s highly detailed political CV sets her apart as a veteran in the Tanzanian political sphere and given that she’s coming into power at a time where many citizens are still healing from years under Magufuli’s rule, it will be worth seeing how she’s able to use her wealth of knowledge to steer the country forward in 2021.

What’s going on: Fuel price hike in Nigeria, aftermath of protests in Senegal and more