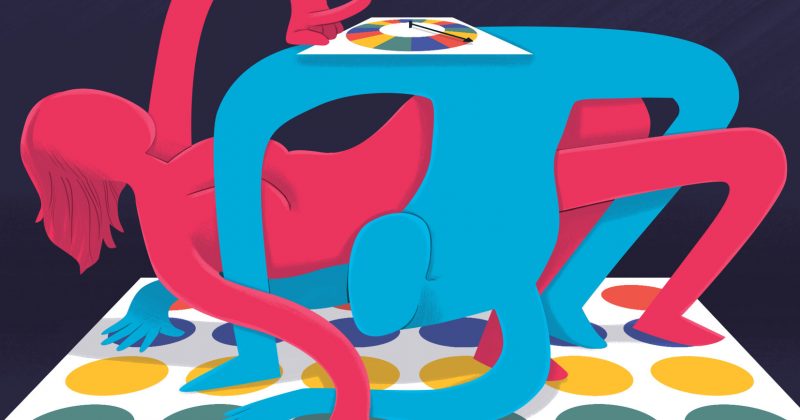 If there’s any proof you need that even you who say it’s best to be yourself or not care about being judged, it’s in phrases as subtle as “This might sound like a weird question but…”, or “I Know this may come out a little too judgemental…” or “I know I may be judged for saying this but…”. It surfaces in small yet frequent ways. That a woman has to be constantly prompted to speak truth about parts of her sexuality, sensitivity or womanhood, pre-sheeted for fear of men and fear of being judged by fellow women, brings to the table ideologies of feminism and sexism in a romantic relationship.

To your left, are guys in general. To your right is a girl who is an innately sexual being but instead diminishes or shields herself and her desires so she isn’t labelled a slut. At some place however, are both beings who find these revelations either outrageous or outside acceptable moral boundaries. Right beneath this post, you’ll see all.

But these revelations (as such you find on #sluttygirlfears) are a swirling microcosm of uncharted futuristic territory, aiming to debunk the fear of being judged and missionary sex approaches, by stacking the odds in peoples’ own favour.

While this tag certainly touches on gender double standards and slut-shaming, it goes without saying that some aren’t in search of love anyway, but no more than fun. It’s about satisfaction either ways.

See below for tweets and search the tag for results if you’ve been missing out.

When u go out for dinner with a boy & u snapchat ur food & he tries to get in the snap but u don’t want ur main to see #sluttygirlfears pic.twitter.com/lsRj3urM9a

I need to go get my bullshit together and do the Lord’s Prayer after I’ve revealed my nasty tonight lmfaooo #SluttyGirlFears pic.twitter.com/kGATchxdGo

Going thru #sluttygirlfears and thankin Jesus above it ain’t just u who a freak pic.twitter.com/IbgKBMPLhn

"Thought you said it was your first time doing this" #SluttyGirlFears pic.twitter.com/T5tdqd3lKm

Trying to come across as innocent at the start, so when the freak that lives inside you breaks free,he gets a nice surprise #sluttygirlfears pic.twitter.com/UNQw67h9iL

They do but money is far more important to them #sluttygirlfears https://t.co/NUpLOqDYb7

Running to take part in #SluttyGirlFears then finding out your MCM is online pic.twitter.com/PUIQQCdfJQ

When all you want is that quick D but you have to ask him about his favorite color to get a convo going#SluttyGirlFears pic.twitter.com/2R9rYP27Ez

#sluttygirlfears texting him and trying to navigate away from sex innuendos so he doesn't think you're giant a hoe.

All the girls on #sluttygirlfears are a bunch of ashewos

Last week what I do #forthedickchallenge, this week #sluttygirlfears girls be getting bitchy on social media pic.twitter.com/jT3dwVRq9P

ICYMI: Amaa Rae Sings of sex like a worshiping session between lovers

0000
Previous Article PSA: Our histories and cultures are not a gag for you to get some internet attention