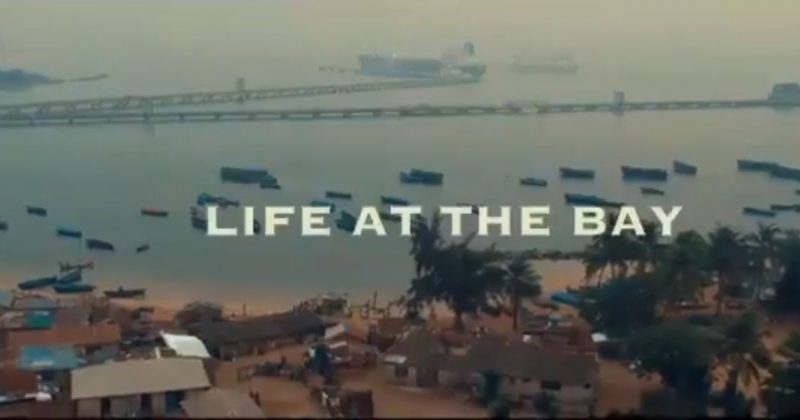 See the women of Tarkwa Bay in trailer for new documentary, “Life At The Bay”

Tarkwa Bay often evokes feelings of relaxation and well-deserved vacations to outsiders. The story of the real islanders that have lived all their lives on the archipelago, however, has never been so sunny. The juxtaposition of luxurious holiday spots against the squalor they experience has been a source of a lot of well-meaning campaigns driven towards spotlighting some of the issues. But some of the narratives have also been mainly driven around the poverty, which skewers the perspective of their daily lives as a people with history.

In Life At The Bay, the new documentary by filmmaker, Nora Awolowo, the lives of the women of Tarkwa Bay is depicted through a lens that aims to prevent the erasure of their stories. Producer, Kiki Mordi spoke to The NATIVE saying, “We decided to document the stories of the women who live in probably the poorest island in Lagos If you look hard enough you’d see that they carry the shoulder of the island” she said, adding, “We spoke to a lady training her 9 kids by being a fisherwoman but we never hear these stories. So it was important that we told it. We just had to. So these women won’t be erased”.

This historical documentation purpose of Life At The Bay is important. The island has existed for nearly 150 years since the first settlers from the Benin Republic in Togo began to inhabit the land. Over the years, individuals and multinational corporations, have come to the island to either benefit from its resources or cop some of its lands. According to this 2015 interview with Chief Olatunji Maxwell who is the ruler of Tarkwa Bay, the island had neither benefitted from giving access to the public nor supporting big corporations like NNPC. At least not in the way that counts for real progress to happen. In his words, even the companies with offices at Tarkwa Bay often ignore its active virtually unemployed youth population, to opt for out-of-towners who will work on the island.

Life At The Bay is expected for wide release in the coming weeks.

See the trailer for Life At The Bay below.

It's a race for survival for the women at Tarkwa Bay. To feed, to live, to survive.#LifeAtTheBay takes a deep look into the Island, beyond the beaches and into the villages where survival is the only option pic.twitter.com/I8hXRAcGgb