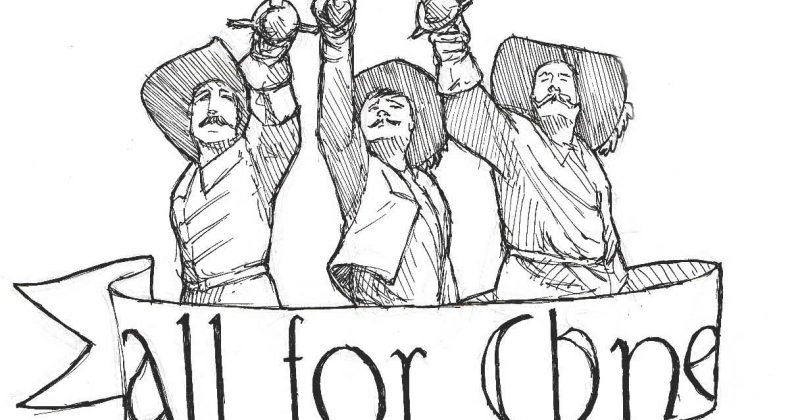 Sexual harassment and misconduct in tertiary institutions in Nigeria isn’t a new thing. But like an itch in that painfully unreachable spot, we’ve struggled to ignore it.

Yet even in popular culture, we have all heard Eedris Abdulkareems’ “Mr Lecturer”, highlighting the harassment that goes on in schools. Unfortunately, this gross misconduct has continued to fester both inside learning spaces and outside. An audio recording of a Professor soliciting sex for grades from an Obafemi Awolowo University student has gone viral but the University body is demanding that the victim gives up her protective cover of anonymity before investigating the matter despite the evidence showing that the Professor in question is complicit.

While it’s alright to tell a man to lift himself by his own bootstraps, it’s a cruel joke to ask that of a man with no boots. We can’t in good faith ask that victims of harassment and assault speak up and stick with their guns if we as a society aren’t working to create the safest space possible for them to do this. However, it’s the silence from intimidation that assaulters thrive on. There’s no revolution without individual liberation, but also no individual liberation without the liberation of society. Everyone needs to be willing to champion their own cause to the end.

There can be no gainsaying of the fact that a great revolution is taking place in the world today. There is a human rights revolution, with the freedom burgeoning taking place all over the world. After years of protests, child marriage has finally been abolished in India, the fight for inclusion is waxing stronger and yes, we live in a period where changes are taking place, however leisurely it might seem.

Rip Van Winkle is famous for sleeping twenty years but beyond his legendary comatose state, he slept through a revolution. While he buried his head in resignation and snored on peacefully up in the mountains free of colonial rule, a revolution that would change the course of history was taking place—And Rip knew nothing about it. One of the greatest liabilities of life is that too many people get through periods of social change but fail to develop the new attitudes and the new mental responses that the new situation demands. We let the social conditioning that oppresses us take our fight from us.

In the fight to create a society that doesn’t oppress anyone, every person has a part to play; from victims to survivors and even those who scale through unopposed because injustice against one is the injustice against all. We are all caught in an inescapable network of mutuality. But if victims allow the fear impede their fight for justice, there’s only so much a social outcry can do. Whatever directly affects one, indirectly affects all. It’s like Dr King said, “I can never be what I ought to be until you are what you ought to be”. In this case, for one survivor of assault that resigns to the fate that ‘nothing is going to change because this is how things work in Nigeria’, there is a long line of impending victims.

We need to stop waiting for time or ‘karma’ to come for those who perpetrate these heinous acts. It worked out fine with another professor who was only recently called out for sexual harassment, after securing another job abroad, but time is neutral. It can be used either constructively or destructively and unfortunately, people on the wrong side of the fight for a fair and assault free society have used time much more effectively than the forces of good. It is imperative that we recognise that societal progression never rides on the wheels of inevitability. It is birthed by tireless efforts and persistent work of dedicated individuals and victims themselves have to be at the core of these groups. For without persistence, time and silence work to benefit the primitive forces of social stagnation.

Next Article What to expect from Runtown’s coming project