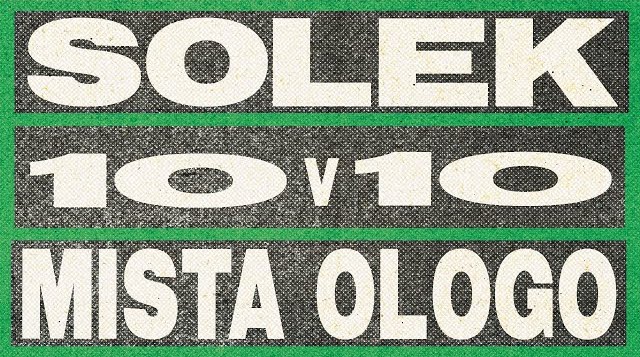 In celebration of Independence Day, No Signal host a 10v10 clash paying homage to the hall party. To commemorate Nigerian Independence Day and Black History Month in the UK, British Nigerian DJ Femo explores the cultural significance of the Nigerian hall party for British-Nigerian millennials.

Nigerians have been travelling to Her Majesty, The Queen’s United Kingdom en masse since before the 1960’s, with one of the foremost reasons beings for education. The greatest example, the legend himself, Fela Anikulapo-Kuti, who studied music at the renowned Trinity College of Music in London. This mass migration reached its height in the late 1980s with many young Nigerian’s fleeing the political and civil unrest plaguing the country due to the heavy-handed military rule in the post-war society. Facing serious insecurity, high rates of unemployment, violence, corruption and oppression, young Nigerians saw no choice but to seek asylum in the UK with the majority establishing communities all over London – Liverpool, Milton Keynes, Manchester– hoping to use their skills to join the workforce over here.

This resulted in settlements all around certain areas of London, that can almost be likened to Lagos, with their bustling populations of bleak people in places like Peckham, Thamesmead, Woolwich, Bow, Dalston, Lewisham and many more. Even with degrees and work experience from back home, countless Nigerian immigrants found themselves starting over with menial jobs that required little to no skills, working their way from the ground up as part of the working class, as cleaners, carers, bus/train drivers etc. Facing long hours of hard labour, made even more challenging due to proliferating workplace discrimination for being African, as well as the pressure of taking care of their families both in th UK and back in Nigeria, there was no doubt that this generation lived with perpetual stressors. Out of this lifestyle arose the need for places to gather as a community to attempt to recreate the feeling of being at home again. Two places would suffice, church and hall parties, though a distinction between the two could hardly be made as you could find God in the party as easily as you’d find a party in church.

These hall parties became a pillar of the Nigerian community in the UK, because they were a safe space to bond with family, friends, share food and customs from home free of judgement and scrutiny. These parties were one of the few places where Nigerians could wear their nationality like a badge of honour. There was no need to code-switch or be ashamed of the smell of your food, or extravagant native wear. In that hall, the kids roamed free as the smell of jollof rice wafted through the air, gele’s towered high and regal as money floated through the air to the sounds of live fuji/juju music which got the whole party moving. In those parties you were back home, even just for just a few hours.

Hall parties seemed endless, people would throw parties for just about anything; birthday parties, baby showers, baby-naming, baby-christening, graduations, weddings, send-off parties, church parties, celebration of life (funeral) parties, anniversaries, you name it – if anything significant happened within the community, Nigerians would find a way to make a party out of it. And of course, in true Nigerian fashion, hall parties became the pitch for some good-old-fashion competition. Who could sew the best asó-òké? Who could modify the latest dance in the freshest way? Who could spray the most money? Who could get the best band or DJ? It became more than chopping life, hall parties epitomised pride and dignity as a Nigerian. – a celebration of who we are, a break from this foreign society in which we had all found themselves in.

Hall Party culture is transcendent of even halls. These parties took place on the streets long before Nigerians ventured over to England. In Lagos Island, Surulere, Ikorodu, till today trips to these locales, on most days (outside the pandemic), witness any number of roads being blocked off by obnoxious parties taking place in the neighbourhood. Sister to the owambe culture Odunsi (The Engine) referenced in his opulent “star signs” video, there’s even a chase scene that’s disrupted by a sea of gele’s in director Kayode Kasum’s Netflix offering, Sugar Rush, that pays homage to this common occurrence.

Hall Party culture is so prevalent in West African society. Millennials that were raised in the hall grew up to tour the party format across the Midlands and London, incorporating this scene into the booming uni rave scene. In the era of #TheBigClash and other huge parties, Viva Hall Party was able to create a niche party atmosphere, setting themselves apart in a saturated market with a live band playing afrobeats music as well as their very own Viva Choir. These parties became so successful that it even crossed borders to the US in 2017 where they held one in Houston, Texas.

NS10v10 is the pandemic born clash that also celebrates the competitiveness subtly ingrained in hall party culture. Tonight’s battle is a battle of the bands, in a special Nigerian Independence NS10v10. Solek, one of the men taking centre stage, has been at the forefront of British Nigerian hall parties since as far back as 1995 according to his website. He plays a special blend of fuji/juju music that he often infuses with urban music such as pop, R&B, hip-hop and more. Going viral in 2017, after his groovy rendition of J Hus’ “Did You See” surfaced on twitter, he also earned attention with his cover of the popular “Man’s Not Hot” semi-parody freestyle. Even in spite of the global pandemic, he still managed to entertain fans using his Instagram Live platform, going viral once again with a fujified version of the popular Italian song “Bella Ciao”. Starting off a one man band and growing into a fully mobile band within 20 years, touring the UK is not easy, but Solek has managed to cultivate an active audience that spans across generations due to his ability to blend cultures and make them his own. His offering tonight will no doubt be more of this, and that’s what makes tonight’s clash such an enticing and significant one.

As for his competitor Mister Ologo, is good friends with Solek and is also a prominent member of the British-Nigerian community, performing in churches, restaurants, weddings and halls across the country. He’s also a frequent collaborator of upcoming UK Afrobeats artist, AdeJosh. Being considerably younger than WondaboySolek, he has a lot to prove tonight, but he is definitely a more than worthy contender.

The battle will be the usual 10 rounds and it went live on Youtube at 9pm, hosted by Reprezent Radio & No Signal’s Henrie and presenter Bisi Akins. Be sure to catch up with other shows on theresnosignal.com and listen back to more shows via their soundcloud.

DJ Femo is a British-Nigerian DJ who brings the spectrum of sounds coming out of Nigeria to the London radio waves via her shows on No Signal and Represent Radio. Catch her fucking shit up on her Soundcloud here.