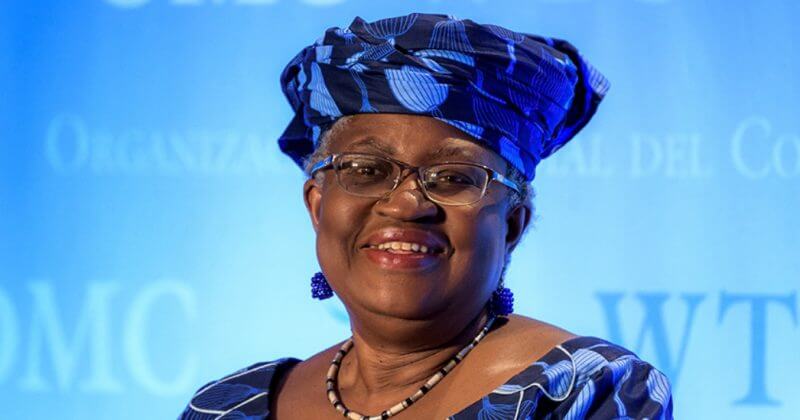 Ngozi Okonjo-Iweala has been appointed the new chief of the World Trade Organization (WTO), becoming the first woman to ever lead the Switzerland-based institution and the first African to take on the role. This is a monumental appointment in the organisation’s history and one which is well-deserved, knowing the tenacity and competence of Okonjo-Iweala over the years.

BREAKING: Ngozi Okonjo-Iweala from Nigeria is appointed as the next WTO Director-General.

Dr. Okonjo-Iweala makes history as the first woman and the first African to lead the WTO.

It’s safe to say that she is a dynamic force. Looking back at her decades-long career and achievements, you will see that she’s been earmarked for this very moment. After earning an Economics degree from Harvard University in 1976, she then went on to gain a Ph.D. from MIT, before becoming Nigeria’s first female Minister Of Finance, twice. Following this, she also became the country’s first Minister Of Foreign Affairs in 2006 before her appointment as President of the World Bank, a position she served diligently for 25 years. Her appointment comes a month after the US Presidential elections which saw President Biden sworn in, with her term beginning 1st of March 2021.

Back in November, then US President Donald Trump had ordered his trade envoy to block Okonjo-Iweala’s appointment as DG of the WTO. This was despite her winning support from more than 70% of the WTO members, excluding the United States. This move is said to reportedly be caused by the US government’s distrust for the international body, labelling them as slow-moving bureaucratic, and ill-equipped to handle the problems posed by China’s state-dominated economy. But earlier this month, the Biden administration reversed Trump’s opposition and expressed “strong support’’ for Okonjo-Iweala and said she “brings a wealth of knowledge in economics and international diplomacy”.

And nowhere is that more apparent than in her decades-long run. Throughout her career, Okonjo-Iweala has certainly earned her stripes being named one of the “eight female anti-corruption fighters who inspire” in 2019 by Transparency International, and 2020’s Forbes African Person of the Year. She also serves on Twitter’s board of directors, as chair of the GAVI vaccine alliance, as well as a special envoy for the World Health Organisation’s COVID-19 fight.

It is done! Thank you @WTO members for finalizing my election today and making history. In the 73 years of GATT and WTO, honored to be First Woman and First African to lead. But now the real work begins. Ready to tackle the challenges of WTO. Forget Business as usual! pic.twitter.com/apnAalHWf5

First on her agenda is said to be to quickly address the economic and health consequences of the COVID-19 pandemic and to “implement the policy responses we need to get the global economy going again.” Okonjo-Iweala has also said that she will strengthen trade ties as the WTO is an important facilitator, “There’s much mistrust within the WTO: it’s not just between the U.S. and China. It’s between the U.S. and Europe; it’s between Europe and China; it’s between developing and developed countries,” she said. “Bridging the gap among all these groups, I think, is something that I can really bring.”

Okonjo-Iweala joins the likes of Kristalina Georgieva, the Managing Director of the International Monetary Fund and former World Bank leader and the current US Secretary of the Treasury Janet Yallen as women ruling the global economy. Though representation in this area is still low, Okonjo-Iweala’s new role as DG of the WTO is one that she is certainly capable of doing, wasting no time following her announcement to state, “But now the real work begins. Ready to tackle the challenges of WTO. Forget Business as usual!”. She’s prepared to hit the ground running, as she has been doing for several years, this is exactly what her extensive resume has prepared her to do.

Next Article Turntable Top 50: The usual suspects top the charts this week