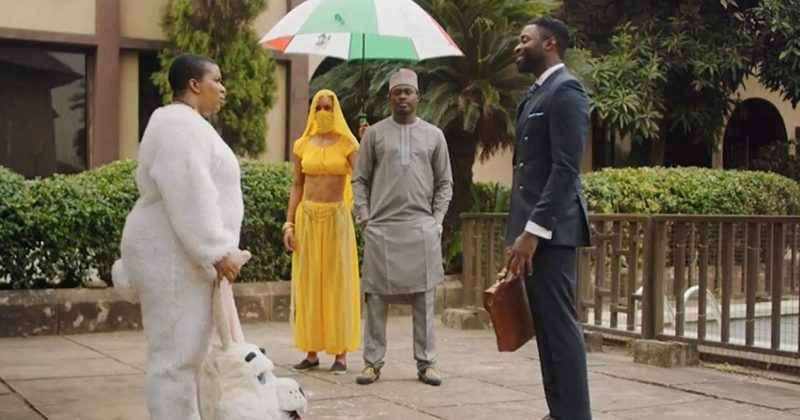 Since Genevieve Nnaji’s directorial debut, ‘Lionheart’ became available to watch on Netflix in January, the streaming service has been updating its catalogue of Nollywood movies regularly keeping viewers in Nigeria and Africa at large entertained with content tailored exclusively for them.

Given the wild success of films like the aforementioned, Mokalik and everyone’s favourite, King Of Boys, it’s clear that they’re looking out for our blockbusters, as Nigerian content seems to be giving them great numbers and subscribers.

So as the holiday period draws near, they’re adding some more films to their catalogue, and from this Friday, we’ll be able to watch and rewatch some of our favourite Nollywood films.

A Trip to Jamaica

The Robert O. Peters-directed film follows Ayo Makun (AY) who proposes to his girlfriend played by Funke Akindele-Bello as they embark on a romantic vacation to Jamaica which turns into an adventure which becomes a test to the strength of their union.

BB Sasore-directed film ‘Banana Island Ghost (B.I.G.) will be available to watch from this week Friday. Starring Chigul, Bimbo Manuel, Saheed Balogun, Dorcas Shola Fapson and others, the story follows a man who dies without finding a soulmate and bargains with God for three more days to go back to earth to find one. He is paired with a woman named Ijeoma (Chigul) who also has three days to keep her father’s house in Banana Island from being reclaimed by the bank.

This Omoni Oboli-directed film stars Nollywood veterans such as Uche Jombo, Chioma Akpotha and Kehinde Bankole. It’s a an adaptation of Greek comedy, film about a group of market wives who wish to stir their husbands into offering protection a young girl from her father by denying their husbands of intimate affection. In its sequel, the wives deny intimate affection again from their husbands when one of the market women is beaten to death by her husband. Both movies will be available to watch from Friday.

Seven and a half dates

This film follows the story of a young hardworking lady, Bisola (played by Mercy Johnson) is so engrossed in her career that she finds herself on a seemingly endless quest for love. Her father comes to her rescue and gathers inspiration from the game of chess, he sets Bisola up on ten different dates in hopes that one will yield good results. The Biodun Stephen-directed film will be available to watch from December 13.

Another Omoni Oboli-directed film is coming to Netflix on December 13. ‘Okafor’s Law’ is a romantic comedy which stars Omoni Oboli herself, Richard Mofe-Damijo, Blossom Chuckwujekwe and many others. It follows the story of a notorious playboy Chucks (dubbed Terminator) by his friends who has a theory that once a man has slept with a woman, he always has access to her. He makes a bet with his friends to show the universality of the theory with three ex-girlfriends within 21 days.

This film is a comedy based on Nigerian celebrity couples. It follows the chaotic and sometimes fake lives of celebrities particularly focuisng on their romantic lives, their friendships and their relationship with their colleagues. It stars Tonto Dikeh and Toyin Aimakhu and is set for release on Netflix this Friday.

This drama follows a homeless teenage mother who gets herself trapped in the world of prostitution and drug trafficking while she is trying to protect her son. She tries to escape this life, but her plans are thwarted by her boss who is a known drug trafficker. The Eric Aghimien-directed film will be available to watch from this Friday.

Next Article Essentials: Fireboy gets vulnerable for debut project, ‘Laughter, Tears and Goosebumps’