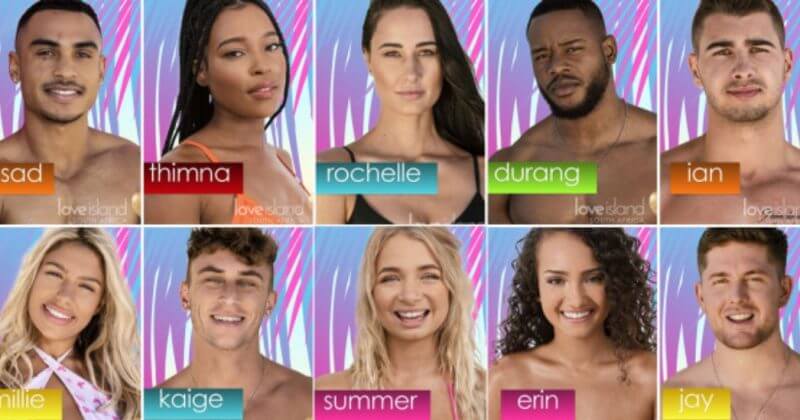 Last year just before lockdown started, the winter edition of the popular reality show, ‘Love Island’ was held in Cape Town, so when it was announced that there will be a version of the show in the country, it seemed exciting for people all over the continent. The hit show, which has become a popular watch in the UK where it has now recorded five seasons, has now become an international franchise, spawning offshoots in over 20 countries including the U.S, Australia, Sweden, and more. South Africa and Nigeria were two new locations scheduled to adapt the show this year and many viewers on the continent and in the diaspora were looking forward to finally watching a show that would be more representative of their direct reality.

Unfortunately, the arrival of ‘Love Island SA’ left a sour taste for Black viewers around the world, and the makers of the show are now facing criticism after presenting a predominantly white line-up with only two black contestants amongst the debut contestants. Those who are avid watchers of ‘Love Island’ will be familiar with subtle racism and micro-aggressions that black castmates deal with, and with news of an African iteration, one would expect to be rid of these, given that it’s set in our own space.

For years, many viewers of Love Island UK have witnessed subtle racial injustice, whether it’s from other contestants themselves or from the production team. The game goes that 12 lucky singles are put in a beautiful villa where they must couple up with a partner they find attractive. These initial relationships are then tested by newer contestants coming into the show at various intervals, while those who are not in a couple are dumped from the island during elimination. In the show’s five seasons so far, we’ve seen many Black contestants, particularly the female contestants get chosen last during the couple-up stage, from Malin in Season 2 to Samira in season 4 and more recently, Yewande Biala and Ovie Soko in Season 5.

You might say that being chosen last has nothing to do with their skin tones and more to do with the other contestant’s preferences, but this is where the subtlety of racial microaggressions plays a part in the wider problem. For Black viewers who have had to face these in their daily lives, but didn’t quite have the language and understanding we have now to challenge it, these aren’t mere coincidences at all but a mirror through which we get to examine the representation of Black people. For any Africans living in the diaspora, particularly the women, fraught memories of different instances of covert racism during their formative years will spring to mind every so often. I, for one, remember being treated as a spectacle, with hair to constantly police and inspect simply because it was different from everyone else’s. Many of us grew up believing that the Western ideals of beauty were the ultimate standard of beauty, which has resulted in a generation of Black people who grew up uncomfortable in their dark skin.

So when the announcement of the debut cast members of ‘Love Island SA’ reached Twitter, viewers rightly flocked online to express their disappointment that despite South Africa’s 80% Black African population, producers had cast just two Black men and one Black female contestant in the inaugural season. Dstv has since published a statement explaining where they stand on the issue: “We pride ourselves in reflecting diversity and inclusion for all our shows, including Love Island. The many channels and thousands of program hours we produce are testament to this,” a spokesperson had said in a statement to Channel 24. It continues “Viewers can be assured that this will become more apparent in future episodes of Love Island SA. We hope viewers will keep watching to enjoy the new stars of the show who will be arriving over the next few days,” quickly assuring fans that the surprise contestants that join the show at intervals would be more representative of their diversity policies.

#BOMBSHELLALERT: 💣🐚💦 Look out for these hotties entering the #LoveIslandSA 🌴⛱️ villa soon… 👀 Stay tuned, Mondays to Fridays at 21:30 on @MNet. pic.twitter.com/xg7ROCO6Gm

And sure enough, it was revealed that 4 new black contestants will be joining the villa, which seems like it was done in response to the outrage from viewers.  It’s hard to believe that a brand such as ‘Love Island’ would not have known they would face backlash for selecting a predominantly white cast in the premiere episode, given how much criticism they have faced in the past for a lack of diversity in addition to the ways the black contestants were treated throughout the show. Former contestants have mentioned how producers were not scouting for people who are actually representative of modern dating life, but we’re recruiting people who fit the conventional standards of beauty, or as Kaz Crossley calls it ‘the Love Island look’. This supposed Love Island look does not take the experience of black people into consideration, especially not the black woman. For example, we always hear preferences described as ‘tall, dark and handsome’, which typically means a tanned white male and not a dark-skinned black man.

Given all of this, it makes the decision to then begin the debut season of ‘Love Island SA’ tone-deaf, as it failed to take into account the real opportunity for diversity on mainstream television in Africa. It’s one thing to experience this in a place with dominantly white people, but on your own turf, in your own continent, country and city, where most people look like you, hits different. We cannot deny that one of the lasting impacts of racism is colourism, as we have previously explored, and ‘Love Island’ truly missed an avenue to represent a new reality from all the things we have supposedly learnt and unlearned over the past decade.

Many people are already calling for the boycotting of MNet and ‘Love Island’ because of the lasting impressions of the premiere episode. While the season is still in its early days and too close to call, the reality dating network could and should increase the diversity of people they hire on Love Island’s front and back end teams. Love Island in Africa was an opportunity to showcase the rich nature of our culture, which people all over the world seem more interested in than they ever have, and from a first impression, it doesn’t do what it should have. Hopefully, as the season progresses, there will be significant change given that we have challenged the status quo. In the meantime, meet the black contestants on the show:

ICYMI: How an entire generation of Nigerians grew up disliking their darkskin