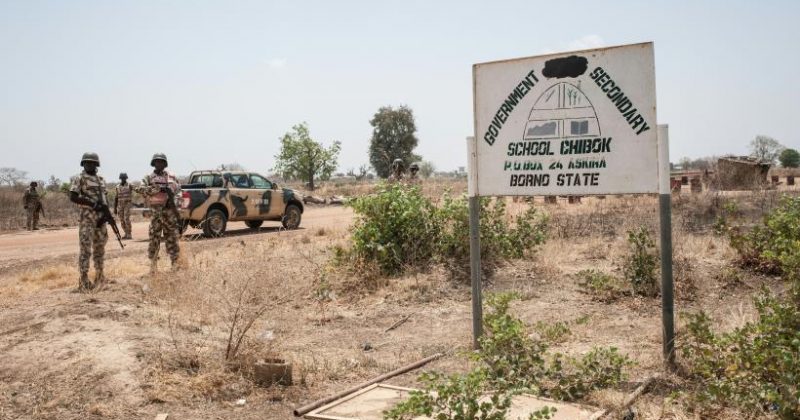 A few documentaries have been done about the insurgency currently threatening lives in North Eastern Nigeria. In 2015, Vice News released a short documentary focused on the soldiers fighting Boko Haram, and last year, Nigerian media station, ChannelsTV released a longer video, discussing the origins of the terrorist group and giving a broader picture of the trouble in the North.

National and international coverage of the insurgency and the group started in 2014, after 276 School girls were kidnapped from a secondary school in Chibok, a town in Borno state, and forcibly concealed in the Sambasia forest for three years by the Boko Haram. The international uproar started with the #BringBackOurGirls campaign started by Obiageli Ezekwesili, the former Federal Minister of Education of Nigeria. This campaign ultimately lead to the release of 82 of the girls. But very little is known about the lives of these girls after the abduction beyond the news surfaced that the girls were under the custody of the Nigerian Government, receiving medical care and evaluation.

With their new documentary titled “Stolen Daughters: Kidnapped by Boko Haram”, HBO intends to shed more light on the lives of these girls after the abduction. The documentary will show the girl’s rehabilitation at the secret government safe houses in Abuja. It will also explore how the label “The Chibok Girls” was formed and what it represents; children who aren’t allowed to live outside of their protected environment with limited access to the outside world. The documentary does not forget the rest of the Chibok girls who are still missing, their fates are discussed, perhaps reigniting the national and international outrage that fueled the freedom of the girls in custody. They will also explore the conditions of the refugee camps and the fates of the women who have been tucked away in displacement camps since their homes became unsafe.

Though this documentary focuses on the young girls, it will also shed more light on how the government has handled the abduction cases and provide a platform for the people who are most affected by these incidents to speak to us in their own voices. “Stolen Daughters: Kidnapped by Boko Haram” was directed by Gemma Atwal and Karen Edwards, who also produced it.

There’s no official release date yet, but HBO promises “Stolen Daughters: Kidnapped by Boko Haram” will be released later this year.

Next Article Skepta gets into the Nigerian lingo on new single, “Pure Water”