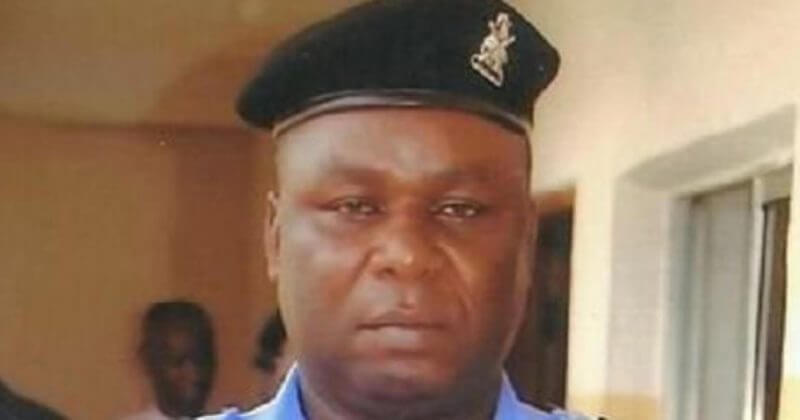 #EndSARS: Inside the sinister operations of Akwuzu SARS in Anambra State

The past week has been heavy for every Nigerian, particularly amongst the dominant youth demographic who have been fighting and demanding for their right to live free from police brutality and extortion. A deluge of stories about the terror and extrajudicial killings suffered at the hands of the unit’s officers has circulated around social media in the past weeks highlighting an urgent need to reform police and charge offending persons to the highest order of the law.

The stories we have read have frightened us, the experiences we have lived through have scarred us and those closest to us. Social media has become the quickest way to find out information on which locations need the most help and which are being attacked by SARS officers or members of the police force. But what’s stood out the most, is the stories coming out about a particular unit in Anambra State known as Akwuzu SARS.

This Akwuzu SARS unit and their commander should be charged at The Hague with crimes against humanity for the systematic torture and murder of so many innocent people.@amnesty @hrw #EndSarsNow

Akwuzu SARS is allegedly responsible for the mass murders of over a thousand young people in Anambra State led by the command of CSP James Nwafor. Young men have been tortured, killed, and attacked by officers in this notorious unit who would then dump the remains of their bodies in the Ezu River in Anambra State. This particular officer, James Nwafor is alleged to have killed a young man by the name of Chijioke Illoanya and brazenly told his family, “I killed your son and nothing will happen”. This is exactly the type of officers that are employed by the federal government to serve and protect the Nigerian people, those who have so much conviction that they can destroy lives and never be held accountable for their actions.

The horrendous crimes in Anambra date long before the reports of SARS officers wrongfully profiling, extorting, and in some cases, killing young people. In one of the accounts from 2013, a survivor of the Akwuzu SARS unit was arrested on accounts of armed robbery and unlawfully detained for over two weeks. In his time there, he was subjected to excruciating forms of torture and restraint and attacked every day by the officers in the unit. The cell blocks were numbered according to the sentencing of each prisoner with cell 4 being the cell reserved for those who would be killed. And those who could not afford the exorbitant bail would be denied bail and killed within the ground then, their bodies would be dumped in the river and to erase any traces, shot again while submerged in water.

In another account from 2017, a detainee was accused of stealing a laptop and carted off to Akwuzu SARS. In his graphic account, the detainee shared details of how he was hung on an iron rod stand and beaten and attacked with numerous objects by the arresting officers. He sustained injuries all over his body, particularly to his teeth which were crushed and then left to remain hanging for three hours. Whenever he would lose consciousness, he would be revived by officers only to face brutish attacks yet again.

None of these stories are easy to digest, well  but they represent exactly what lays at the heart of the current #EndSARS movement which is the rooting out of the police brutality and inept governance. It is clear that The Nigerian Police Force does not exist to serve, protect, and preserve the balance of law and order in the country. Instead, they represent and have always represented the residual power from the colonial British empire which were an affront to traditional African policing methods based on community and closely linked social and religious structures.

Even in the midst of these peaceful protests where we are pleading with our government and law enforcement to spear our lives, we are still met with violence and death proving that those in charge do not care about the lives they were charged to protect. Today, news has reached us that CSP James Nwafor has been fired from his position at Akwuzu SARS and the incumbent governor of the state has promised that he will be charged under the law.

Despite this, there are many other defaulting officers still within that gruesome slaughterhouse that have not been fired and arrested and they must all be held accountable for the crimes that they have committed against Nigerian lives. Protesters in Anambra State have also magnificently walked 30km from Aku to Akwuzu SARS to demand that all defaulting officers are charged and demand compensation for the families who have been affected by their terror.

Live in Awka, Anambra State. We are not here to joke. Currently on our way to Awkuzu SARS. #EndSARS pic.twitter.com/qPxhCywpCi

Reports have now reached us that protesters are being shot at by SARS officers in Anambra State who convened at the unit to demand the release of prisoners who are unlawfully detained within its walls.

This story is currently developing. We will keep updating this post as we hear more, please keep checking for updates.

ICYMI: Here are ways to support #EndSARS Protestors and call for justice

0100
Previous Article For Us By Us: Queer Lives Matter as we all fight to #EndSars