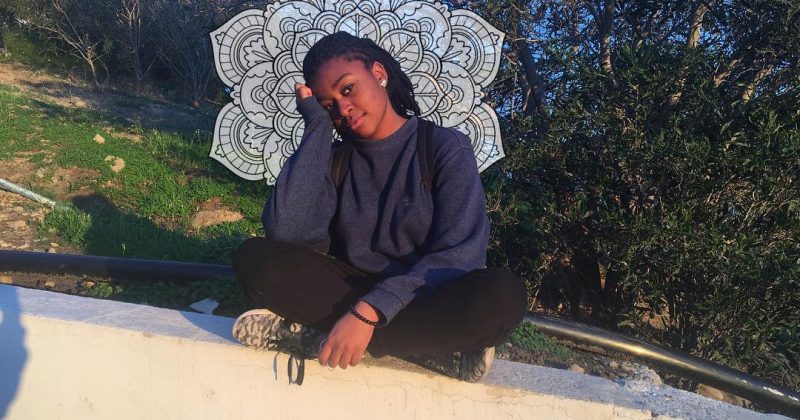 African artists are enjoying a renaissance in 2019, particularly in the music scene with the Afropop genre getting mainstream recognition around the world. However, visual artists have not been left out of the increasing appreciation of African culture and art. Last week, 19-year-old muralist and mixed-medium artist, Emediong Uduak Uko announced that her “Lagbaja: The Masked One” painting of Nigeria’s Afro-juju legend, Lagbaja, has been added to the vast collection of the Cyprus Modern Art Museum.

Along with the announcement came the acknowledgment that the painting has made her the youngest and first African whose piece has been adopted to the museum’s catalog of works dating as far back as 1940. As you would imagine from any young artist whose work has gotten such an honor, Emediong Uko is excited, asking that somebody pinch her so she’s sure her dreams have really become a reality. She explained through her Instagram caption that the piece is dedicated to Lagbaja, saying, “Sir, if you’re reading this, know that you’ve inspired a culture. You’ve created both war and peace with your passion and creativity and that is everything I stand for. This is the least I can do to show appreciation.”

Asides estimating that the value of her art has gone up 10times since being recognized by the largest art museum in the Mediterranean region, Emilyuko went further to reveal that her painting is now in the possession of Forbes-listed Cypriot businessman, Suat Günsel. These are exciting times for African talents and Emediong is a true indicator of the potentials that lie in the creative space. With her recent accomplishment, her works and art company, Asher’s Palette will be sure to get a lot of good looks in the coming months.

ICYMI: See the teaser video for Moshood Shades’ “In My Hood”