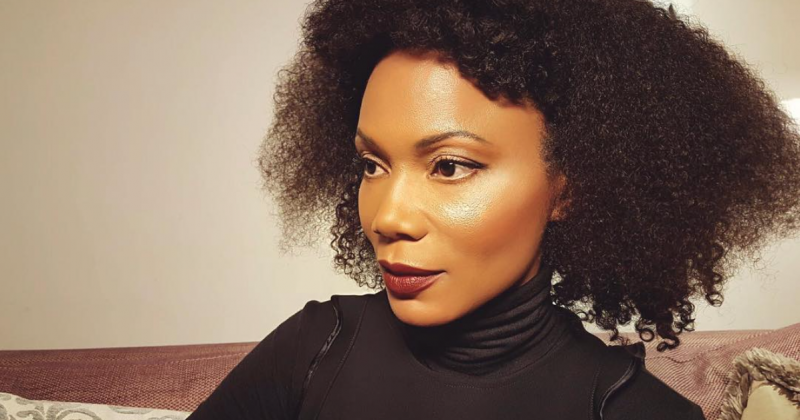 All through Funmi Iyanda’s “New Dawn” producing and presenting years, she never watched a single episode of the inspiring, in-depth breakfast talk show. “New Dawn” was an embodiment of what TV support can do for a viewer. It aired on the local cable network, NTA at the time. Even when a self imposed short break turned into a long hiatus and an eventual cancellation of the show, Funmi still never sat down to watch any of the clips. This she explains recently as she seats casually in a room that looks a tad vintage-y, like most of her Instagram pictures are. She dons a burgundy turtleneck top with flattering slacks, a stylishly cut kinky fro, and a face that hasn’t really aged since her “New Dawn” years.

It was the thought of having to explain or talk to people about New Dawn everywhere she went to, however, that proved most vexing. Videos from the legendary “New Dawn” archive, Funmi discovered will bring back buried memories to then morning watchers and realizations like “Ohh my God, uhrghh, [did I do that] whattt!” To “what were you thinking”. And so, in March this year, Funmi Iyanda decided she’d upload a video on YouTube every Thursday Morning. As she explained, comments to the video made clear she was a wisecracking Talk show host, with plea for her to come back to the screens. From 2000-2008 when the show aired, she changed perceptions through the people she interviewed and the way she interviewed them. She was vulnerable on the screen and even children in the segments for the young allowed her see them at their least guarded. She loved talking with children; she sees them as people with like minds of their own, which they are. Funmi had the ability to make people feel connected, so, both the young and old could relate with her.

It’s 2017 –almost a decade after Funmi left Nigerian terrestrial television. She needed things to be perfect, and it took time to figure out what perfect was. But what are perfect places anyway, when you have fans willing to see you on screen talk to them again. This time it’s not by looking for a way to get back into broadcasting the 3 hour, later 1 hour, talk show on TV, but reintroducing a new generation of Nigerians to her evergreen show via her YouTube channel, “New Dawn Stories”, where every episode begins with a short clip from present day Funmi to introduce the viewing of the old-fashioned videos. She’s also returned to talk show journalism, through a vlog she’s tagged “Ask Funmi”. Where for a change Funmi Iyanda isn’t a passive interviewer looking to quell the nervousness of a first time guest, but an active participant, answering your questions.

Take a look at an episode of “Ask Funmi” and “New Dawn Stories: ft P-square” below.

Read up: Uber Vs Okada Vs Danfo: Where Productivity meets Convenience, meets Comfort