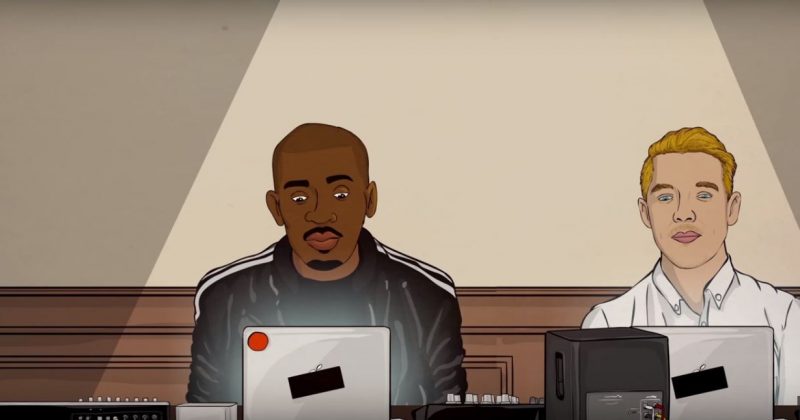 For years, Don Jazzy’s silent and intimidating demeanour has generated sensational speculations including a godfather-esque narrative Don Jazzy himself fueled with a Mafia-style name and resolute reservedness in public. And while his twitter personality has shown he has a softer side with his occasional stints of generosity, Diplo’s recent feature on TBS’ “Storyville” takes us through his awkward pre-Watch The Throne encounter with Don Jazzy and Kanye West.

Diplo’s work with Chris Brown—presumably “Look At Me Now”—had gotten Kanye’s attention and earned him an invitation to Mercer Hotel where Kanye was having Watch The Throne sessions. As he recounts his experience at the hotel, he describes the exact setting you’ll expect to find Kanye in; A bunch of music celebrities, producers and artists and a guy rolling weed. The short animated video has cameos from T.Pain, The Weeknd, Bruno Mars, Lil Wayne, Jay Z and “The Guy From Fun”.

As Diplo recalls, Kanye’s tone might have been a bit offensive saying, “I Want You To Think Of Some Cool Beats But Not The Clown Sounds” before introducing him to Don Jazzy. And since Don Jazzy was too busy tweeting, his cold-shoulders might have also thrown Diplo off his game because he admits he was a bit nervous. Since Diplo has no producer credit to Watch The Throne, it’s safe to assume he was as bad as he thought.

You can watch the TBS Storyville episode below.

2200
Previous Article Davido, Cardi B and Tokio Myers others listed as performers for MOBO Awards 2017