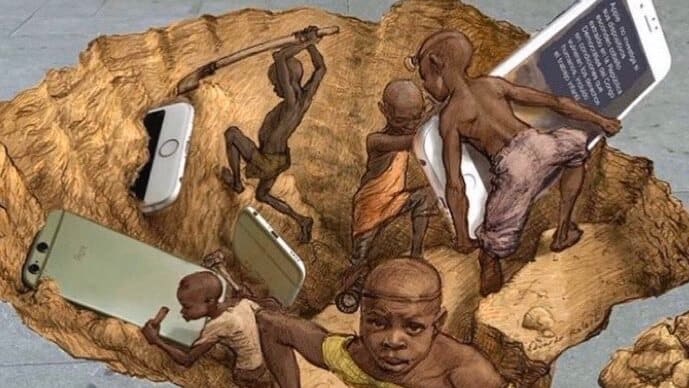 Despite decades of emancipation from colonialism, and Africa’s wealth of natural resources it feels like we’re still catching up with the rest of the world. While unrest ensues all over the continent from Namibia to Nigeria, The Congo is also experiencing some tough times. About 60% of the world’s cobalt, the metal used for making batteries for smartphone and other electronic devices, is found in the Democratic Republic of Congo, however, unfortunately, the revenue and benefits from the sales of these resources aren’t spreading to the average citizens. According to the world bank, in 2018, 72% of the population, especially in the North West and Kasaï regions, was living on less than $1.90 a day.

🇨🇩🇨🇩Congo is going through it, we see you and we are with your our brothers and sisters. Please lend your voice #CongoIsBleeding 🙏 pic.twitter.com/CUlLt1qJrd

Much like we’ve seen with #EndSars and #ShutItAllDown, since last Thursday, people from Congo have taken to social media to use the hashtag, #CongoIsBleeding to raise awareness on the genocide happening in their nation. The hashtag seeks to highlight the child slavery, deadly conflicts and corruption spawned by the quest to feed megacompanies with minerals to the benefit of some an detriment of most.

The Democratic Republic of Congo has been in conflict for decades, and between 2016 and 2018, 4.5 million people were displaced by the conflict between the military and fragments of ethnic militias, fighting for dominance. Amidst all of this, the country has the world’s most prolific cobalt mines, and they produce about half of the cobalt used all over the world. It’s very possible that the device you’re reading this post in was formed by the mines in Congo, and the lucrative nature of cobalt mining means that all efforts to ensure production should match the effort put in by demand.

The east of the DRC, where the mines are located, is home to nearly 40,000 child labourers digging for the minerals that would eventually be utilized by giant corporations. The people of Kawama have grumbled that too much of their land has been sold to mining firms who restrict the people from digging freely. The sites where the people are still allowed to dig have concessions that miners have to sell to them at a rate of $7 for a day’s work.

However, the value of cobalt has plummeted since the pandemic took off. It now costs barely a third as much as it did at its peak. Big companies like Telsa are trying to stop using cobalt in order to avoid ruining their reputation by patronising Congolese miners. This is because child labor is often employed at different mines, where tunnels sometimes collapse and kill the unskilled workers.

In addition, the people of Congo believe that the state-owned mines only serve to enrich corrupt politicians. Though the owners of the big mining firms make fortunes, the actual miners live in poverty or worse, get arrested for mining illegally. With the little media coverage for these people losing their very basic human rights, some have referred to it as a silent holocaust.

Social media continues to serve as an important tool for raising awareness of the injustice happening across the world. The Congo crisis came to light on Twitter just a few days after Nigerians reignited the #EndSARS movement on Twitter to protest police brutality in Nigeria. In both cases, the problem has its root in the general lack of transparency and corruption from the nation’s leaders. The people have stopped being so passive about being oppressed and are using their voices to appeal for justice.

Though these issues of bad leadership, genocide, violence against women and children, rape and police brutality are far from new in Africa, there’s a sense that a revolution is at hand and it’s being televised on social media.

Africa is in a State of Emergency.

There’s a lot going on right now and it might seem hard to keep up or know what to do.

Here is some information to help.