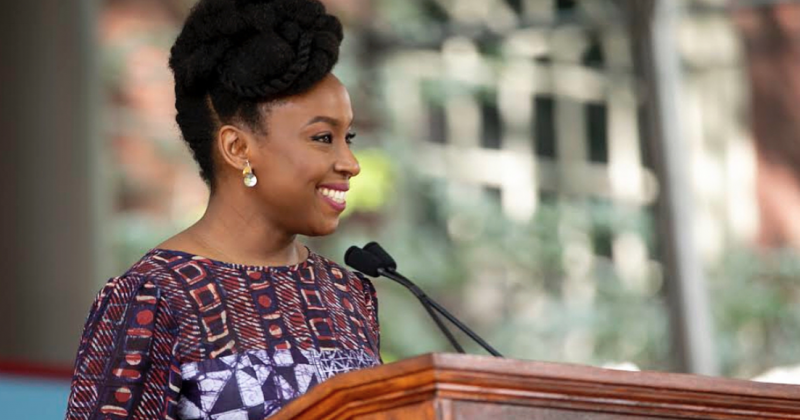 While Chimamanda’s name has been in the media this week for an invitation to her WorkStation event in Victoria Island, Lagos tomorrow, her transformative power of storytelling has earned her the Everett M. Rogers 2019 Award in California. This comes as a follow up to the several internationally recognised  awards she already has in her catalogue including the MacArthur Genius Grant and the Caine Prize for African Writing, to name a few.

Willow Bay, the Dean of (USC) University of Southern-California’s Annenberg School for Communication and Journalism, where Chimamanda will receive the award said that this win is as a result of “her voice and her power to inspire”. In her exact words, as written on the site,

“Her voice and her power to inspire made Chimamanda Adichie the unanimous choice for the 2019 Rogers Award. Her visit will continue the global conversation about race, gender and identity to which she’s contributed so forcefully”

Since 2007, the Everett M. Rogers award has been presented by the Norman Lear Centre within the school, in honour of the late professor Everett Mitchell Rogers, whose book, Diffusion of Innovation, ranks number 2 in the list of the most-cited book in social sciences across the world. Chimamanda is set to receive the award on Thursday, February 7, 2019 at USC Annenberg, where she will also make a speech.