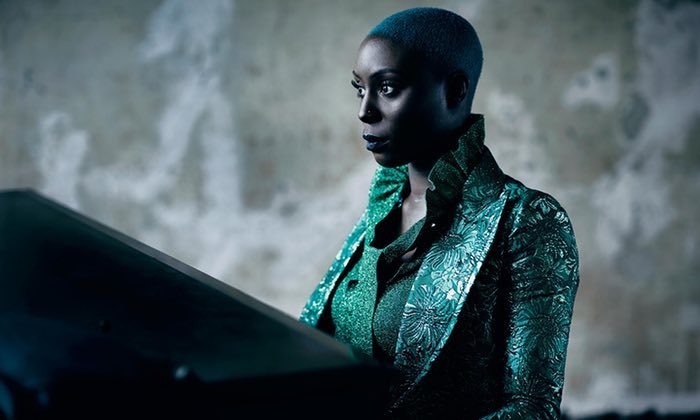 British singer Laura Mvula earned global acclaim in 2013 for her cerebral debut album Sing To The Moon, distinct for its superior orchestra arrangements and Mvula’s expertise as a composer, getting nominated for many global music awards and winning quite a few. Mvula seemed to publicly be living her biggest dreams but few that privately Mvula’s life was falling apart. Her marriage was failing and the anxiety which she’d experienced occasionally growing had worsened under the stress of fame and performing into a full blown disorder. Mvula took some time away from music to address and understand her disorder which she calls “Generation Anxiety” and took some steps to ensure she put her health first, finding and re-centering herself before beginning work on 2016’s The Dreaming Room.

But now Mvula is doing more than just living with her illness. She is speaking out about anxiety and demystifying the disorder. First she did an extensive interview chronicling her personal struggles with Anxiety for British Media The Guardian, then she partnered with the BBC to produce a documentary shedding light on the disorder and how it has affected her and other high profile musicians and creators.

Mvula’s documentary flits between her personal struggles and the struggles of others, especially ordinary people and how they are advocating for Anxiety and other mental disorders to publicly addresses and acknowledged and hopefully eventually treated. It is important this documentary was made, especially a female musician of colour, because there is this misconception that mental illness is a ‘white’ thing, and there is intense pressure on musicians and creators to maintain an impeccable public presence. Added to the intense pressure to outdo one’s self with each new project, the expectations of fans and management and loss of privacy and identity, creators and artists of colour in the public eye need to especially take care of their physical and mental health.

Laura Mvula’s documentary is starting the conversation, especially around anxiety and how many musicians who fall of the radar do so not because their talent has waned, but because they simply did not have the support framework to handle the pressure that comes with their talent. It also asks us fans, to not be complicit in pressuring the creatives who admire into self harm or neglect in a bid to satisfy us.