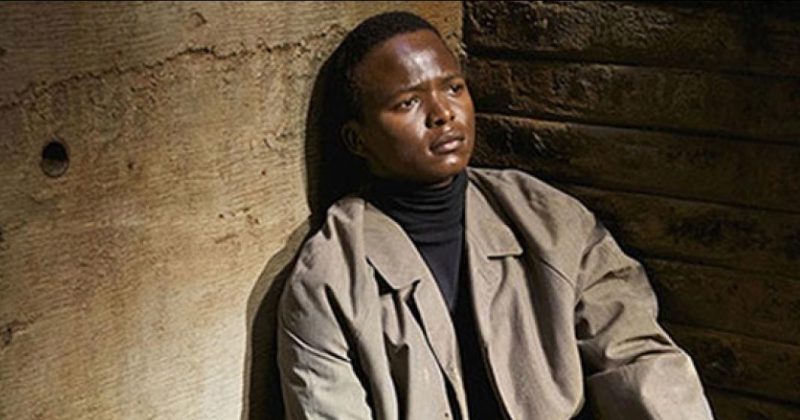 [“Kalushi” was initially released in 2017, and is now streaming on Netflix.]

When it comes to the struggle for civil rights, history is often bifurcated to tell the stories of the more iconic figures, pushing the lesser prominent names to the margins—even those who paid the ultimate price in the fight. For South Africa’s anti-apartheid movement, names that emerge to the forefront are bonafide heroes, such as; Nelson Mandela, Winnie Mandela, Moses Mabhida, Oliver Tambo and a few others whose contributions are widely acknowledged and eulogies.

One side effect of this overt focus on iconic figures is the largely undocumented stories of the foot soldiers with less fame, yet made just as significant sacrifices. ‘Kalushi’, the beautifully shot 2016 film by South African filmmaker, Mandla Dube, documents the story of Solomon Mahlangu, a freedom fighter who was wrongfully executed at the age of twenty-two, despite having witnesses to counter his the judgement. According to Dube, the film and other extensive endeavours in Mahlangu’s memory were aimed at bringing better awareness to the lives of the many unsung heroes of the anti-apartheid struggle, and “Kalushi” does that on a remarkable level.

All too often, it has become the norm for us to consider periods of strife in history as the big picture, when in fact, they’re mostly the backdrop to the everyday struggle of the people who lived through these conditions. While ‘Kalushi’ is set during the apartheid era, it’s more a coming of age story than it is a film about the fight for freedom. At its core, ‘Kalushi’ is a portrayal of Mahlangu and his group of friends, who have been stripped of the innocence and wide-eyed optimism of youth, by virtue of living while black in a society which doesn’t recognise their agency to freedom.

The trigger for ‘Kalushi’ is the Soweto protest of June 16, 1976. Prior to those protests, Mahlangu was mostly apolitical, however, after he heard about the government-sanctioned violence from his girlfriend, Brenda (played by Pearl Thusi), and also endured his own share of police brutality back home on the same day, Mahlangu decided to become a freedom fighter. While the ensuing events following this decision are treated in broad strokes, the film’s most profound moments are the more intimate ones which bring the stresses and strains on Mahlangu’s relationship with friends and family into focus.

By using Mahlangu as the focal point of contact, and centring the film around the lives of those actually going through this turmoil, Dube appropriately uses narrative to his advantage. In the last few years, we’ve had films like ‘Green Book’ and ‘Best of Enemies’, both of which manage to play into and exhort the white messiah role in a racially segregated period. ‘Kalushi’ expertly side-steps that ideal, even though there are white people who testify in favour of Mahlangu. Instead of handing over both power and perspective due to that act of kindness, Dube gives the oppressors and sympathisers power, whilst ensuring his protagonist holds the perspective to control the story.

Perfect movie for Freedom Day 🇿🇦💪🏽 and the global lockdown. Free but not free🙅🏽‍♀️, in quarantine but no surity🤷🏽‍♀️, informed but still unclear🙆🏽‍♀️. I hope you are safe and indoors my fellow South Africans✌🏽#solomonmahlangu #kalushi 🇿🇦💪🏽✊🏽✌🏽🙌🏼👏🏼. #Lockdown #Stayhome #StaySafe #StayIndoors #Covid19 #Corona #ThisTooShallPass

From the jail visit of Brenda and Mahlangu’s older brother Lucas (played by Funami Shilubana) to his separation from a young boy in a refugee camp, Dube uses this perspective so well that it offsets the film’s bumpy pacing and his directorial faults—the entire Umkhonto we Sizwe sequence is a little too stock. Where ‘Kalushi’’s script struggles, the actors also struggle, and vice versa. For example, Thabo Rametsi (as Solomon Mahlangu) and Pearl Thusi (who spends half her screen time as a schoolgirl—yikes) have little to no romantic chemistry, however, when they have pulled from the emotional spectrum of living through apartheid, they do a great job.

In his seminal essay on American cinema in the ‘50s and ‘60s, ‘The Devil Finds Work’, James Baldwin opined that many films with racism as its backdrop sought for an optimistic resolution, mainly as a way for white people to assure themselves that black people have forgiven the sins of the past, and everyone can get along just fine. When all its gears click, the depiction of the injustice done to Solomon Mahlangu in ‘Kalushi’ is explicitly riveting, whilst the implied theme concerns the way we treat history as it becomes further and further from the rearview mirror.

As a firm reminder of a difficult past, ‘Kalushi’ offers no such brightness beyond Mahlangu’s famous quote: “My blood will nourish the tree that will bear the fruits of freedom.” It’s a proclamation that’s still oddly fitting for a country which is still being plagued by gross financial inequality, an aftereffect of the same system that engendered Solomon Mahlangu’s wrongful execution. If that’s a bit too heavy-handed for you, well, that’s the point.

ICYMI: AV CLUB: QUEEN SONO IS A LAUDABLE FIRST ATTEMPT AT BRINGING THE WORLD TO AFRICA

0000
Previous Article Alton Mason’s short, ‘Rise in the Light’ shows the importance of reconnecting with your roots

Next Article The Shuffle: Revisiting the Ludacris sample on Olu Maintain’s “Catch Cold”