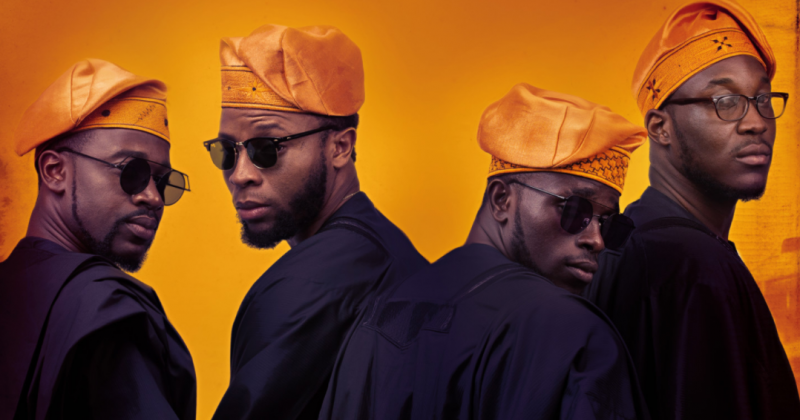 AV Club: Episode One of Lagos Big Boy is basically a showreel for IG celebs

Ndani TV’s been pretty quiet in 2017. I’d hoped it was from sober reflection on all the sexism that they put on air in 2016, masquerading as progressive shows about women. Plus they finally put out a trailer for a third and possible final season of Gidi Up. Things were looking good, that is until they announced they were bringing back Officer Titus (which nobody wants) and a new show that was supposed to magically transform Ndani from a ‘chick’ channel.

I won’t even lie, when I saw the trailer for the Ndani’s new Dude-bro web show Lagos Big Boy, I rolled my eyes so far back up my head, I could see my own tonsils. I don’t want to dwell on the specifics of the trailer, but seeing Bollylomo and Chuey Chu (who is only funny when he is tricking poor people into making a fool of themselves) was a good an omen for the quality of the show as it gets. I ignored my gut feeling, and decided to watch the first episode. Well, I really shouldn’t ignore my gut feeling.

I love me a good trainwreck

I wish Episode One of Lagos Big Boy had something vast and complex plot wise to give, but nah, it was basically a 2 minute voice-over back story (because they don’t trust you to ‘get it’) dragged out for 15 minutes.

So I’ll spare you the horror of a Lagos Big Boy blow by blow and summarize.

BJ, Tunji and Ebuka are slackers, who have other slacker friends who are trying to blow. Tunji the naive but lovable dodomu gives away Ebuka’s weed and the Scooby gang goes to retrieve the weed. Slacker friend runs away, they steal his equipment in retaliation and BJ discovers he can ‘sing’. Throw in a few pointless flashbacks and you have your episode.

I accept payments on Venmo and Paypal

If you don’t believe me, you could just watch the entire thing yourself before you get into the review proper.

On to  the good stuff.

First off, I need to give props to the set designer/location scout. Who ever that person is, they went HAM on the sets in this episode. Especially the vintage set that was used in the flashback. Those Semira plates, the NTSC television complete with a crocheted throw spread to cover its vents and that raffia mat took me straight back to Kaduna in the early 90’s. Efa Iwara brought it down and basically killed his role as High Boy the wanna be rapper. And then there was Idris King’s “Squad” , which always gets the crowd pumping, and…

nope, that’s pretty much it.

As for the shit I hated, where do I even start

As if it wasn’t bad enough that they gave us the cliche, “I’m sure you’re wondering how I ended up here” beginning that all black films use, complete with the voice over we didn’t need, they just had to throw in a whole series of pointless flashbacks. If you’re going to do flashbacks, please and please do your bloody research. If we are going to go by the props in the flashback; vinyl records, metal ‘semira’ plates and Yvonne Chaka-Chaka’s “Thank You Mr Dj” (which was released in 1986) the flashbacks would have happened in the late 1980’s.

So how then is young BJ singing Sisqo’s “Thong Song” released in 1999?

Nobody, and I mean nobody had blended eyeshadow or filled in brows in 1989 or even 1999, the fashion the children are wearing in the flashback is more 2013 than 2003. What shall it profit a man to build an era specific set and forget to make the fashion and music era within, specific as well?

What in God’s name is that cast? Let’s even forget the main cast which is basically a who-is-who of upcoming social media stars trying to making the admittedly-hard transition to the small scree. But what was that supporting cast? Why do we have a whole house full of dull-eyed extras reenacting a low budget music video? Why do we have two dead eyed girls who keep whispering their lines trying to sound sexy? What did we do to deserve all of this?

Is portraying women as dumb props a thing we’re still doing in 2017?

Why did BJ and co basically do prison break, complete with a bedsheet ladder just because they wanted to steal music instruments from a house that is only one floor up and full of high grifters? Are we really expected to believe that 3 guys who stole music equipment as a split second decision, suddenly know how to set up a home studio, play a complex midi piano and an acoustic guitar?

The main gripe with a show presumably centred around BJ’s ability to sing…is that he really can’t sing, which is quite frankly just disrespectful to the viewer. Imagine an Entourage in which Vinnie couldn’t act, or an Empire in which Hakeem couldn’t even catch a flow. It’s only the first episode, and whilst plot lines may improve and characters could develop, I’m not sure how exactly the directors and writers can work around the lead character being unable to hit a note.

I’ll be watching all the subsequent episodes, cos I’m totally a sucker for the underdog bro-dude dramedy finally coming into its own and making us all eat our words. I’m not holding my breath sha.

AV Club: The trailer for Imoh umoren’s ‘Children of mud’ has us all in our feels

0000
Previous Article The Shuffle: This nostalgic song from your childhood sold more copies than The Beatles’ Hit