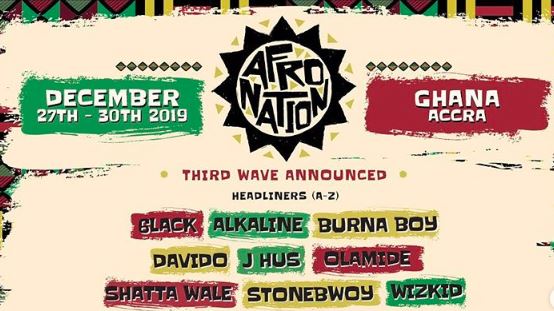 6lack, Alkaline, Burna Boy, Davido and others to headline Afro Nation in Ghana this December

African artists have made us proud through their placements on big festival line ups like DJ Spinall’s Glas­ton­bury set and Mr Eazi and Burna Boy’s Coachella debuts. But the success of Afro Nation in Portugarl was particularly fulfilling because it showed we no longer need to rely on predominantly-white festivals to host big music events around the world.

Safe to say Ghana is the place be between the 27th and 30th of December. Book your tickets for Afro Nation in Ghana here.

ICYMI: Santi has been billed to perform at Tyler the Creator’s “Camp Flog Gnaw” festival this Novemeber