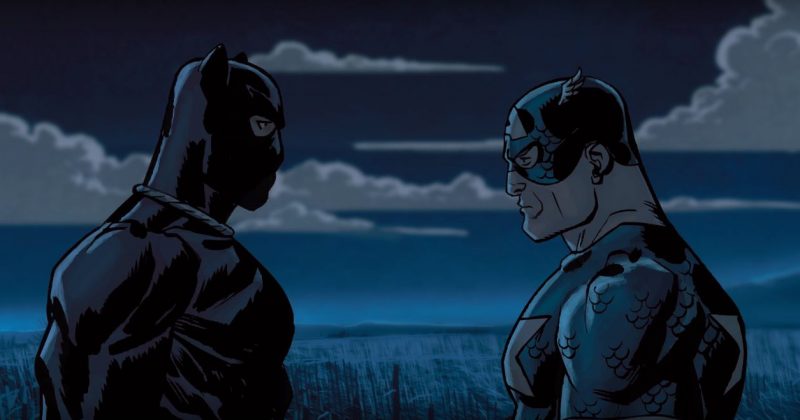 Like Jesus for the Christians, cartoons for kids and alcohol for—well—everyone, we all need a clutch to lean on when times get tough. And it often does with the insurgency in northern Nigerian and the normalized kidnappings. Our only hope of endure this increasingly nightmarish world we live in is to enjoy the hell out of the few, fleeting good moments that happen in between waves of shit. Fortunately, popular comedian, Charles Okocha’s absurdity hits those twin elements of escapism and relatability that defines current zeitgeist. His latest skit running around the streets dramatically demanding “Some Accolade, “I’ve Paid My Dues, Y’all Should Acknowledge Me” is the funniest thing you’ll see today and for a while yet with the meme already circulating on the internet.

Some songs don’t get the appreciation they probably deserve till another artist takes it on and makes it their own. Just as Drake’s remix of Migos’ “Versace” did a couple years ago, the newer version draws out the original’s complexities in ways you that were initially noticed. In other cases like Ladipoe’s take on G-Eazy’s “No Limit”, the first version is already compelling, but by re-imagining it, the perspective is broadened as the song takes a different direction from the original. Over the synth heavy Allen Ritter and Boi-1da produced beat, LadiPOE’s delivers “Double Money” spitting loose fitting bars that suggest it’s a freestyle. But between brags about wealth and his influence, he gets a word in on M.I’s “You Rappers Need To Fix Up Your Lives” saying “Publicity Rap If It’s Good Advice/ But Truly Some Rappers Taking A Piss/ You Fathers Zip Up Your Flies”. The recently released music video is directed by Director Lekan & Xela who show Ladi Poe riding around in a Benz.

On the heels of his Complicated EP, Wale just put out the video for “Staying Power” where he reassured fans of his deft lyrical abilities and took shots at his doubters, Atlantic—his former label—and his competition. The Chris Hernandez directed video is however more lighthearted as it shows the DC rapper riding around his hometown in a red convertible and having a good time with friends. Phyno, Chief Obi and members of his Every Blue Moon team join him in the clip but after spiting angry bars through the 4-minute length of the song, the video ends with Wale tossing his cigarette angrily at the camera.

Kiss Daniel’s exit from G-Worldwide Record label took all the headlines and somehow, Sugarboy’s new position as the label’s front-line artist flew under the radar. But not for long as he releases a brand new song, “Chop” featuring YCee with a sexy video to match. The mid-tempo Afropop song finds both artists professing their feelings for a love interest and Clarence Peters directs the video, placing them on a beach setting that allows YCee revive the nostalgia of his “Omo Alhaji” days through the Arabian-esque models and dancers.

The video for Royce Da 5’9 and J Cole’s new single, “Boblo Boat” off Royce’s forthcoming album, Book of Ryan is everything you expect from the two rappers; Reflective and soulful. Much the like song, the J Cole directed video plays out like a memory as we watch some group of kids riding through the night, robbing a liquor store, drinking, then breaking into an amusement park. They eventually get chased out when they get caught by the park security while Royce and J Cole perform the song under the colorful neon lights at the same amusement park. “Boblo Boat” reemphasizes the narrative Royce intends to take on his forthcoming album, Book of Ryan with the introspective storytelling. The album is set for a 4th of May release date.

“Black Panther” has done well in the box office, breaking records to become the first movie this decade to top the box office for five weekends in a row. Though the Marvel hit was eventually unseated by “Pacific Rim: Uprising” last weekend, there’s no denying that the movie deserved all the hype and fanfare from the trailer and perhaps some accolades at the coming Academy Awards for the film. We’ll see how that goes next year, but in the meantime, Marvel Entertainment just reissued the animated “Black Panther” series. The graphic novel style animation might take some getting used to,  but anyone who has seen the Marvel movie knows the story-line more than makes up for it.

Next Article Yxng Bane’s latest single, “Vroom” is a bop with a cool video to match