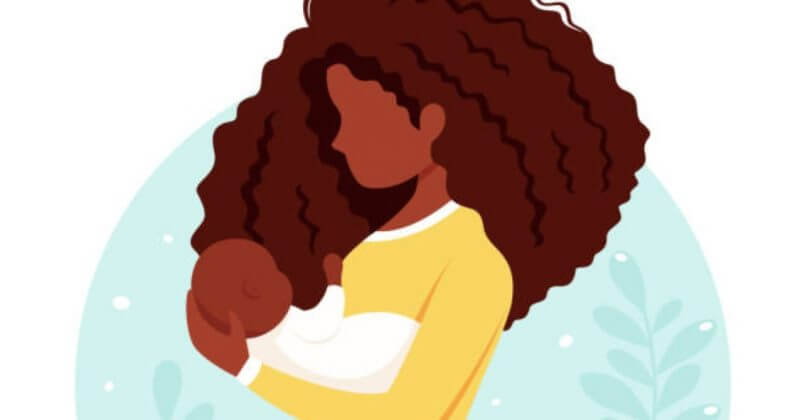 Any chance to celebrate women is welcome, especially in today’s climate where it’s made clearer and clearer how much it takes to simply be a woman in the world. All month, we have been highlighting and amplifying how amazing women are to mark Women’s History Month, therefore feels appropriate that the women who birthed us, raised us, protected us, and taught us everything we need to know to take on this world get their own special day.

African mothers are in a league of their own, and it’s probably safe to say we all have the same experiences with our mothers. It’s safe to say that the soundscape today is worlds apart from what theirs was when they were coming of age, therefore, they just don’t get our music. We’ve all had to deal with how our parents opposing feelings about the ever-changing culture: from fashion and music to socio-political beliefs. To celebrate them this year, we at the NATIVE  have reached out to a few of our friends from all over the continent to discuss how their mothers feel about our favourite thing: music. From some wondering what Beyoncé has to do with Christianity, to others humming Travis Scott, here’s how the mothers in our community feel about their children’s music taste.

My mum has definitely adjusted to my music taste or I’m just older so she’s aware that her words won’t affect me as much as before. In the past, she would do her best to adjust to the music I was listening to because she’s always loved dancing and having fun, but when she’s not in the mood for all that, then my music becomes vulgar noise that I need to turn the volume down on. Haha, I’m glad she’s not on my neck anymore though.

I would say my mum and I have very different tastes in music except when it comes to Fela. I tend to listen to Neo-soul and R&B, whereas my mum listens to mainly afro-beats and 80’s hits. The thing that fascinates me about my mum’s music though is how she always hears the wrong lyrics and when I correct her I feel like I’ve ruined the song (usually letting her know it’s an innuendo for something). I remember she kept humming the tune to “Antidote” by Travis Scott and I asked does she know what that song is about, and as I explained it she seemed perplexed. I think she would rather just enjoy the tune than try and understand the lyrics. That’s probably why we both love Fela because you listen to the message but for a good 15 – 20 minutes just enjoy the instrumentals no confusion involved.

My mum actually loves my music taste now – for the most part. She’s always asking me to “update her iPod” and quoting random lyrics and saying “oh play that song that said…”. But during my pre-teens, I was an Eminem stan and I remember her walking in on me rapping along to “Sing For The Moment” with the lyrics printed out, and I think she was quite worried. Looking back on it, there’s probably something to unpack there.

My mum always asks what I’m listening to and it’s like “Trust me mama you don’t want to hear the vulgar lyrics”. When I’m cooking, I play my trap songs out loud, and apart from my mum wondering what is being said, her most puzzling question is how the hell we dance to such type of music. I guess we just vibe to it!

I once complained to my mum that she played too much King Sunny Ade, and I’ll never forget her response: “My friend, will you shut up and go listen to your noisy music”. Shortly before, I’d been playing Kendrick’s ‘DAMN.’ on loudspeakers, on Good Friday no less. I’m not 100% sure what she thinks of my music taste, but she’s almost always in control of the radio or aux whenever we’re in the car together, blasting King Sunny Ade every chance she gets.

It’s funny how my mum used to groove with me when I was still home and schooling from home, coming back from uni in her ride and I’ll always play the radio for the latest jams. But with time, my taste in music has changed a lot from back in those days, and I don’t really get much of a response from her anymore.

When I was younger, we used to only listen to my mum’s music in the car, so she sort of influenced the sound I like today. Although now the script has flipped, so when I’m driving, we’ll only listen to my music, and these days we find ourselves singing along to the ones we both like. Especially songs that have samples of songs she liked when she was younger, like Beyoncé’s ‘Before I Let Go’ or Drake’s ‘Nice For What’. It’s almost like our music worlds have come together, and I don’t think she even realises it.

My mum saw that I had Beyoncé as my screensaver or my lock screen once, and she asked why ’cause she had never seen me use a picture of anyone other than myself before. I responded by saying that Beyoncé is an exception because of how talented and amazing she is, and my mum went on a rant about how I need to be careful with the music I take in and I was so confused. She kept asking what Beyoncé does for Christianity. I just had to zone out from that conversation.

I can’t lie my mum always takes the piss about my music. Recently, when I was listening to tracks like “Way Too Big” on Burna Boy’s recent album ‘Twice as Tall’, my mum found it really uncomfortable because of all the swear words.  She thinks a lot of the music I listen to is repetitive and vulgar but I don’t really care.

My mum has definitely adjusted over the years to my music taste. When I was younger, she used to have a lot to say about the music I was listening to but now I’m older, she be vibing with me when I’m playing music in the car whether it’s trap or Afrobeats, she seems to really enjoy my music.