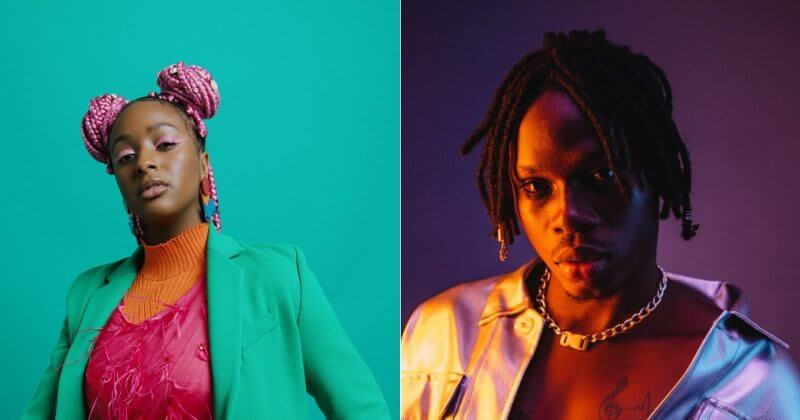 In case you didn’t know, it’s Cuppy SZN and we are loving every moment of it. Last Friday, the DJ, producer, philanthropist, and now recording artist released her debut project ‘Original Copy’, and we must say that she deserves her flowers right away. In popular discourse, Cuppy’s musical abilities are often the subject of much doubt, as critics cite her DJ career as the full extent of her talents whilst haters refer to her wealthy family background as the source of her success. With ‘Original Copy’, DJ Cuppy is making a compelling case for her growing artistry, putting on a self-determined showcase, with the help of a few friends, strong enough to silence the criticism.

Ahead of the release of the 12-pack offering, the versatile, feature-packed tracklist left us wondering whether Cuppy’s voice as a solo artist would shine through or if she would take a back seat and let the features do the talking. But once the project reached out ears, Cuppy proved that she was capable of doing both, and succeeded at both.

Though she admits she’s only in the infancy with her artistry, she shares in an interview with CNN that she purposely had over 10 features on the project because “wanted to make sure that [she] was expressing [herself] on each track but also displaying a message through other people“. With a global platform with Apple Music’s Africa Now radio show, aimed at pushing a pan-African message, it’s clear to see that Cuppy is on a mission to spotlight her contribution to afropop, but also to exhume the wealth of talent that exists here in Africa and in the diaspora at large and project them to the world.

Although ‘Original Copy’ marks a defining moment for Cuppy’s career with repeat-worthy songs and quotable lyrics (I, for one, have listened to “Jollof on the Jet” an unhealthy amount of times), it’s the romantic afropop offering on the project’s fourth track “Feel Good”, featuring YBNL’s golden child Fireboy DML, that stands as the project’s most intriguing quality. Originally termed as the “JA ARA E” of the entire project upon our first listen, after several more listens, we can confirm that “Feel Good” is tailor-made for the lovers amongst us, who might be missing the euphoric feeling of post-midnight dancing.

Though Fireboy DML and Cuppy is a collaboration I never would have imagined, it’s a no brainer that the fast-rising artist was Cuppy’s pick for this romantically inclined number, as he’s established himself as Nigeria’s loverboy with his debut album, a project that singled him out as one of the youngest, hottest names in the new afropop vanguard at the moment.

“Feel Good” captures the shiny allure of afropop at its finest. Produced by P.Priime, the groovy up-tempo beat builds by latching onto the percussion-led sonics of afrobeats laying the perfect bedding for Fireboy DML’s delectably infectious vocals. “The night is still young and so are we/I might be wrong but you’re all I need” Fireboy begins, as he tries to convince a lover of his romantic feelings by singing irresistibly sweet words, sure to get any potential love interests swooning.

On the pre-chorus, he sings, “Tell me what you want to do tonight/O mami let me do you right” over calm, spacey guitar riffs which complement his amorous lyrics and paint poignant images of two lovers gliding on the dance floor under the twinkle of the dim-club lights. His happiness is almost symbiotic – you can’t listen to “Feel Good” without actually feeling good and bursting into dance.

It’s at the catchy and chantable chorus that the first hint of Cuppy’s vocals come into play. As Fireboy DML sings “I want to make you feel good/Baby ma fi mi pa”, Cuppy’s additional vocals can ostensibly be heard gliding over the danceable beat as both artists express their romantic intentions with their love interests. Cuppy’s decision to give Fireboy DML full reign of the entire song is incredibly calculated and necessary as it allows Fireboy DML to truly shine, not only as an artist with an irresistible flow but as one with a lyrical dexterity that sets him apart as brightest acts in these parts.

With her promotional singles (“Jollof on the Jet” featuring Rema and Rayvanny and “Karma” featuring Stonebwoy) still comfortably sitting in the Apple Music Top 100 songs in Nigeria, as well as ‘Original Cuppy’ bagging the fourth spot on the Top 5 albums in the country on the platform, it is clear that Cuppy’s six-year-long journey to her debut album has finally paid off. With hits like “Feel Good” under her belt, Cuppy is primed for a successful career going forward.