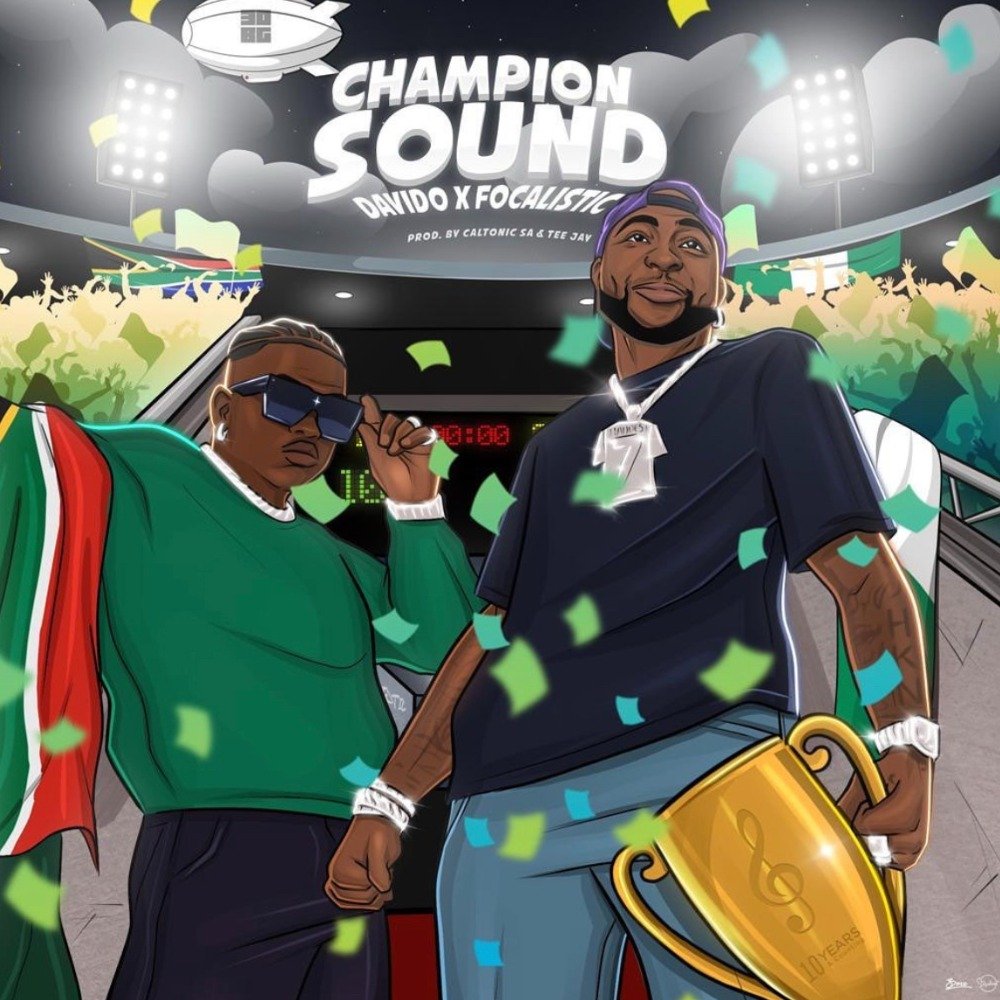 'Piano for the win!

Just before summer, Davido and Focalistic teased the possibility of a joint EP in the works. To stoke hype for its release, Focalistic premiered “Champion Sound” during an IG live, which inevitably spawned a leak—because that’s just what happens in South African Dance music these days.

Earlier in the year, the pair delivered the intoxicating remix to Focalisitic’s 2020 summer smash, “Ke Star.” Although it wasn’t the Nigerian singer’s novel venture into the South African-rooted sound, “Ke Star (Remix)” represented Davido’s most satisfying foray into ‘Piano. The Afropop superstar’s presence and trademark energy brought in a fresh, magnetic layer to an already captivating banger, tripling the charisma on display without overwhelming the essence of the Vigro Deep-produced jam. It was a masterclass in non-South African stars adopting Amapiano, and because Davido is one of the very best synthesisers of multiple sonic and cultural influences, the pair were bound to collaborate again.

Just as “High,” his collaborative smash hit with Adekunle Gold, was running up the charts and consuming reopened dancefloors, “Champion Sound” leaked and quickly made itself a staple among partygoers. It was obvious that Focalistic and Davido had another huge song on their hands, but one that felt even more organic. Where the pair’s first outing was most likely a crossover play by Focalistic, this new single confirmed that he had reeled Davido into his sonic universe.

Not every song that’s a hit is a great song. For leaks, specifically, it can be difficult to tell if a song is great on its own merit, or if the hype is being driven by its exclusivity. “Champion Sound” existed for downloads in low fidelity format on many blogs, before the high fidelity version made its way to DJs in a prescient promotional move. Thankfully, it still slaps. Davido and Focalistic are a fabulous match and, “Champion Sound” channels that chemistry into a high-octane number primed for dancefloors.

Where the thrill of “Ke Star (Remix)” was in hearing Davido effortlessly work his superstar appeal, the highlight of “Champion Sound” is in his interplay with Focalistic. The two artists swap boasts, Focalistic in SiPitori and Davido in Pidgin English, each picking up the pace after the other’s burst of bars, and playing back-up with their repertoire of distinct ad-libs. Produced by Tee Jay and Caltonic SA, the beat firmly sits in the dust spectrum of Amapiano, but if you listen closely, there’s an allure to buzzing synths and chirping vocal samples that form the melodic basis of the song. While they are significantly less animated than their previous hit song, the vocal pair are as triumphant as ever; Focalistic’s hood lingo and technical writing ability is as effortless as ever, while Davido’s ability to turn out insanely catchy melodies and one-liners remains ever pristine.

“Champion Sound” is a musical game of tag, with genuine admiration flowing both ways. “Shout out to the South/And Focalistic with the Champion Sound,” as Davido proclaims. It’s an on-wax appreciation of Amapiano and, by extension, South African Dance music—the gift that keeps giving to Nigerian pop music, even if Nigerians won’t always fully appreciate it.

SOUNDS FROM THIS SIDE: AMAPIANO