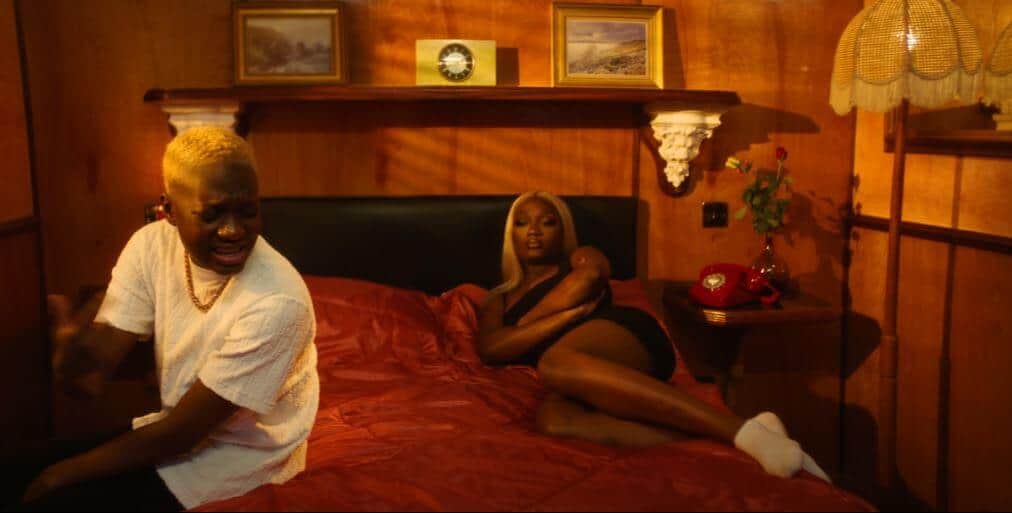 Best New Music: Darkoo puts her twist on romantic vulnerability with “Pick Up”

Representing both sides of the conversation in a disintegrating romantic situation

In an increasingly liberal world where the “ideal” image of a pop star is constantly being stretched and refashioned, Darkoo is a unique and emblematic persona. In the near two years since the One Acen-assisted “Gangsta” intensified the spotlight on her nascent career, the singer has continued to hone every part of her artistry into an unmistakeable identity, curating eclectic takes on Afro-Swing and Afro-fusion, while continuing to lean heavily into her own physical representation of “a woman who can do both”.

About this time last year, when the world was still figuring out how to deal with a novel coronavirus pandemic, Darkoo released “Juicy (Brown Skin like Eva)”, a sumptuous and lustful ode to the irrefutable beauty of Black women. The song captured a singer gearing up to embrace superstardom, and it would’ve been a much bigger song in the summer that never was. Having closed out the last year with “Cinderella”, in collaboration with superstar French boy band 4Keus, Darkoo has opened 2021 with “Pick Up”, a new single that subtly widens the scope of her ability.

Credited as Darkoo featuring Darkoo, “Pick Up” plays into the common trope of artists collaborating with their alter egos, except in Darkoo’s case, there’s two perspectives and no alter ego. In her small but formidable catalogue, which has its fair share of romance-inclined cuts, the singer’s delivery hinged on infections exuberance. This time around, she’s settled into a mellower tone, fitting for the increased level of vulnerability she expresses on the song. Over piano strings, plucky guitar riffs, lush horns, and thudding bass, Darkoo represents both sides of the conversation in a disintegrating romantic situation, playing both roles in an interesting twist.

Although she mainly writes and sings from the standpoint of the hurt party trying the hardest to fix things, the slightly more hesitant half is felt in the song in the way Darkoo plainly engages with the tension between both sides. “‘cos we just more than friends, more than sex/more to this thing”, she sings on the bridge, offering hope that it might just work out. By the second verse, though, things get spiteful, worsening the chance of redemption and hinting at far deeper issues than a gesture, grovelling, or one-night stand can save.

On “Pick Up”, the gentle rasp in Darkoo’s voice is form-fitted into a tool of honest expression, commanding space within the slinky, Caribbean Pop-inspired groove. It’s less effusive than her previous offerings, but no less compelling, opening up further possibilities ahead of Darkoo’s upcoming debut project.

Watch the video for “Pick Up” here.