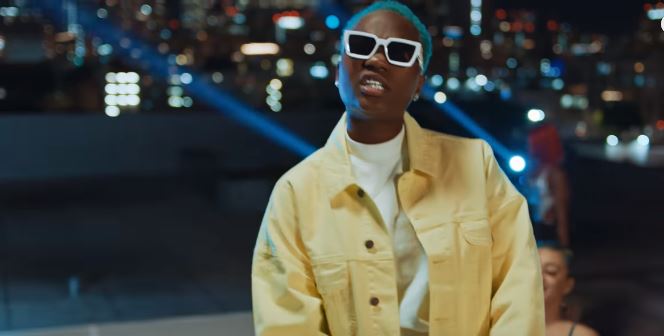 Darkoo exudes a fun and distinct self-assuredness that makes it hard not to root for her. Last year, the British-Nigerian singer broke out with the One Acen-assisted smash hit, “Gangsta”, a warm and infinitely catchy ditty that capitalises on those instantly appealing traits. But her widespread success wasn’t overnight; the 18-year old artist has been putting out music since 2017, clearly improving on her sound with each subsequent release.

With her stunning new single, “Juicy (Brown Skin like Eva)”, Darkoo fully sheds her image as an upcoming artist, and comfortably steps into her new role as a budding superstar. Over a colourful and slinky mid-tempo beat, Darkoo makes the act of lust sound profound, playful and incredibly fun. “You’re so juicy, take a picture like movie”, she intones on the instantly memorable hook, paying homage to the beautiful Black women all over the world. What makes “Juicy” standout from the typical, lust-driven Afropop cuts is the palpable reverence in Darkoo’s set—some of her lyrics might be cliché but she sounds pleasantly amazed by the women she’s admiring.

While the admiration continues into the accompanying, eye-catching video, there’s a magnetic quality about Darkoo’s presence in front of the camera. She radiates confidence with her cheery candour, almost as if she’s daring you not to shimmy your shoulder or wiggle your waist while the song plays. In the coming months, there will be a bunch of songs looking to become the summer anthem, but with “Juicy”, Darkoo has given herself a clear head-start.

0010
Previous Article For the Girls: We can’t get enough of the soothing sounds of East African jazz artist, SomiMusic