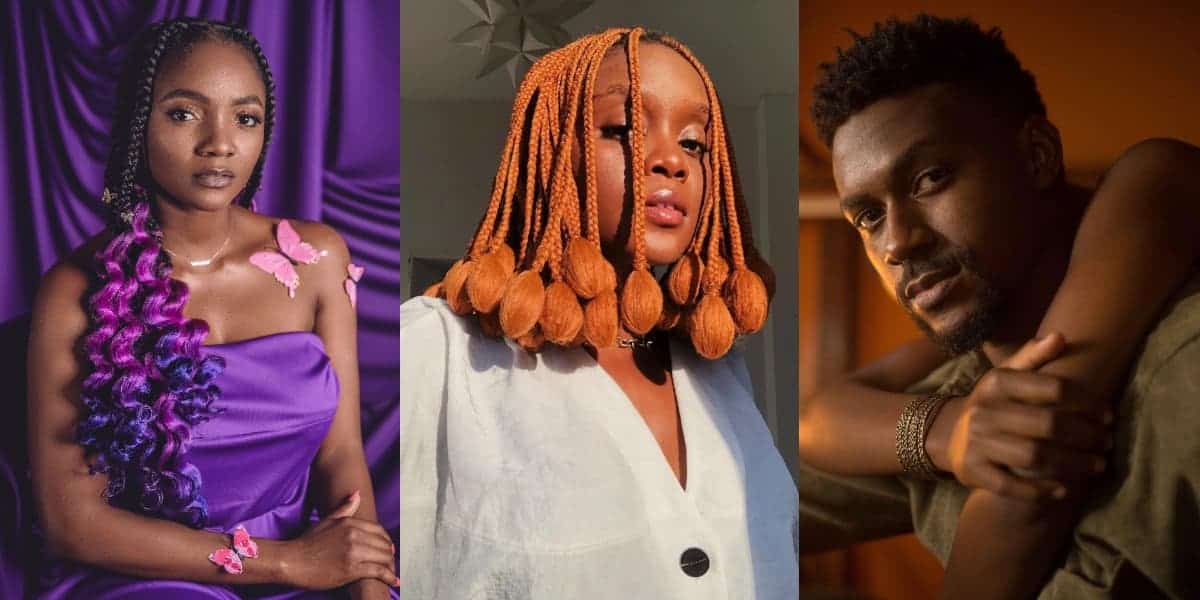 start your week with new releases

That’s where our Songs of the Day column comes in. We’re doing the work to stay on pulse with all the music coming out from across the continent and beyond, bringing you exciting songs of tomorrow: today. Last week, we had soothing music from Nasty C, Badboytimz, visuals from Tiwa Savage x Brandy & many more. Today, we’re bringing you new music from Simi, Sarkodie, Timaya, Buju, Falana and more. Tap in.

Simi is known to be very experimental with her music. From singles to features, she’s always performing at the top of her game. On her most recent release “Woman”, she speaks to the importance of empowering women, particularly on the societal struggles we face as women on a day to day and the strength we portray as women. To open the track she sings “Woman don suffer, lowo everybody” simply stating that women suffer in the hands of both men and women. The uptempo production of the track makes the song catchy and fun but the message of the track is passed across seamlessly.

Falana is here with her sophomore EP ‘Rising’. The 7-tracker finds her speaking on self-growth, self-confidence, self-sufficiency and more. On the standout track “Energy”, she teams up with Sir Dauda to deliver the mid-tempo dancehall tune. Blending vocals melodiously over the beat, they sing on the hook of the track “I feel love, I feel free and this is something that you cannot takeaway from me”.

Timaya collaborates with Buju for a mid-tempo tune. On the track “Cold Outside”, both artists deliver a stellar performance over the Yung Willis- beat. Buju takes the lead as he delivers the first verse and the hook of the track. On the hook, he quips “Make nobody tell me nonsense my nigga streets is so cold my nigga/Ama pull through like the strings on my guitar ah”, speaking on past life experiences and how he may have adjusted to certain things now.  Timaya comes in shortly after and passes the same message in his own way.

Tanzanian singer and songwriter Diamond Platnumz teams up with Rema to deliver the hit single “Gimmie”. On the uptempo romantic number, both artists are found singing love lyrics to their respective muses. On the catchy call and response hook, he quips “Your love gimmie, all your body gimmie, your waist, gimmie. All your love gimmie”, addressing a love interest that he’s vying to get their attention.

Ghanaian rapper Sarkodie is here with the new track “VIP”. On this track, he features Nigerian street pop artist Zlatan and Grammy award-winning producer Rexxie. The track successfully pulls Sarkodie into the street pop scene as he raps over the fast-paced production of the Rexxie beat. Known for his adlibs, Zlatan delivers a stellar performance on his verse as well as with the adlibs. Everyone seemed to have brought their A-game.

Since the release of his debut EP ‘Serenade’ in 2018, Funbi took a break from releasing any solo material for a while. For his first single in such a long time, he is here with the melodic love tune “My Intentions”. The track finds the artist speaking to his muse about making his intentions for her clear. On the chorus of the track, he sings “let me tell you my intentions, to love and give you affection/not to mention, I never see this kind connection” over the smooth production of the track.

Prettyboy D-O is here with his sophomore album ‘Love Is War’, The 14 track LP is a combination of sonics and themes. On the standout track “Broke Boy FC”, D-O is joined by MOJO to deliver a heavy rap banger. Co-produced by Dare and Higo, the track finds both artists making braggadocious claims about being on top of their game as well as flaunting their wealth “I play for the chop life FC, I pledge to the chop life FC/Then me play for the broke boi FC, transfer go the chop life FC”.

The Afro alternative vocalist Tim lyre has built a well enough fan base since the release of his EP, ‘Indigo’ which includes the likes of AYLØ and Mojo, and has gained millions of streams on various platforms. On this remix, we have Tim’s vocals on an upbeat house beat which is mixed by the house DJ and podcaster Oscar Mbo, which gives the track a foot-stomping and body-moving rhythm to it. This song drops for the anticipation of his debut album ‘Worry’.

The Gambian British rapper has returned with another hit single “Bad” since the release of his EP ‘Afrikan Rebel’ but this time he taps his fellow hitmaker Aitch which will be their first collaboration ever. The song produced by Two Inch and Why Jay comes along with an eye-catching visual directed by KC Locke. “Girl your Body dey bad, Energy bad” is repeated in the hook speaking on the duo praising and highlighting a girl who they believe is the exact type of the kind of girl they want.

British Nigerian rapper New World Ray has returned with the release of his new project ‘Light Speed: A Trip To Space’ and going with the theme of the whole project, it’s an intergalactic affair. Standout single “Mars!” featuring Nigerian artists Cruel Santino and Maison 2500 is one of the project’s most euphoric cuts as we emerge into the psychedelic world fuelled with the techno and electronic style beats. New World Ray’s songs have always been known to break the norms of music as his sound is a combination of trap, electronic alternative and hip hop mixed together that leaves feeling like you’re in a concert.